London, Monday 4th May 2010: Michael Jackson’s epic pop video for his 1983 global hit Thriller has been named as the most influential and groundbreaking pop video in music history beating stiff competition from the likes of Queen, Peter Gabriel and Johnny Cash.

The survey, which was specially commissioned by MySpace, enlisted the help of a stellar panel of judges, comprised of some of the UK’s leading music and entertainment critics, to provide a shortlist of the 20 most groundbreaking and innovative promos in music history which was then put to the public vote. Over 1000 music fans took part in the poll providing a definitive top 10 list of the most influential videos of all time.

The 14 minute Thriller video, directed by filmmaker John Landis (An America Werewolf in London, The Blues Brothers), was the most expensive video of its time costing US$500,000. It is widely regarded as having changed music videos forever by merging filmmaking and music for the first time, and for breaking new ground by achieving prominent playtime for a black artist on MTV. Jackson co-wrote the screenplay with Landis which famously features the voice of horror legend Vincent Price.

American indie band OK Go’s 2006 viral hit Here It Goes Again came second in the survey with 11.7%. Featuring the band’s 4 members in a choreographed routine on treadmills shown in one continuous take, 17 attempts were needed before the video was finally completed. It still remains one of the most watched clips on You Tube, having been viewed over 48 million times.

Britney Spears’ breakthrough hit, Baby One More Time, which propelled the solo star to stardom in 1998 came third in the poll. The video concept was conceived by Spears herself, who also chose the controversial sexy-schoolgirl outfit. Spears wanted the video to reflect the experiences of her fans by being set in school, the school it was filmed in the same that was used as the location for the movie Grease.

The top ten most influential music videos are:

Queen’s Bohemian Rhapsody came sixth in the survey. Made in 1975 it is widely regarded as being one of the first promotional videos ever recorded. The video was filmed in less than 5 hours and sent immediately to Top of the Pops who played it later that week. The famous flames that are superimposed over the introduction were added weeks later, after the single had already reached number 1. 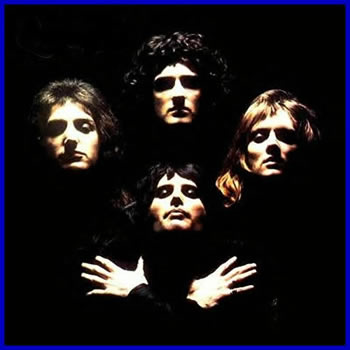 Also featured in the top ten is Peter Gabriel’s 1986 hit, Sledgehammer, which won a record-breaking 9 MTV Music Video Awards. His video used claymation, pixilation and stop-motion animation. Gabriel worked with Nick Park from Aardman Animations on sections of the video, which involved Gabriel remaining under a sheet of glass for 16 hours whilst filming the video a single frame at a time.

Will Francis, site editor of MySpace UK, said ‘Only two of the top ten were made this century which shows despite massive advances in technology, a brilliant idea coupled with a great star is an unbeatable format’.

The shortlist of 20 titles, in date order:

About the panel: MySpace teamed up with leading music and showbiz reporters from the following media in order to compile the list of 20 influential music videos which the public voted down to 10: The Daily Mail, Metro, The Guardian, The Independent, The Times, Daily Star, Sunday Mirror, Channel 4 Music, Financial Times, Daily Star Sunday, Press Association, Daily Record, BBC Radio 2.

Mark Thompson Confirmed To Give MacTaggart Lecture at MGEITF