Shocking figures of deaths in traffic accidents in Argentina have encouraged Samsung and Leo Burnett Argentina to produce the “Safety Truck”. 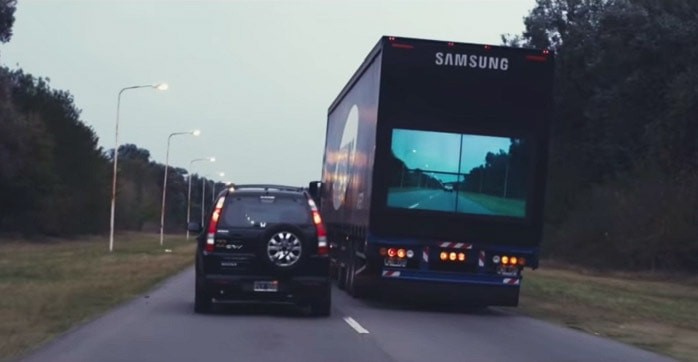 A built-in camera at the front of the truck records the road ahead in real-time, wirelessly feeding the footage to four Samsung screens attached to the rear of the vehicle, allowing drivers behind to see the if the road ahead is clear enough to overtake.

A night vision view is another special feature – helping anyone hurtling home after a late night in the office!

The campaign was devised by Leo Burnett and Samsung in partnership with tech company Ingemática.