Shoppers and passers-by in Marble Arch looked on in shock and horror earlier this week at the sight of a “slaughtered” nearly-naked man hanging upside down. Gasps were heard at Trafalgar Square as people were met with a pile of bodies covered in blood. These somewhat disturbing visuals were part of an effort by PETA to mark World Vegan Day, and remind us that we can put an end to animal slaughter by becoming vegan. 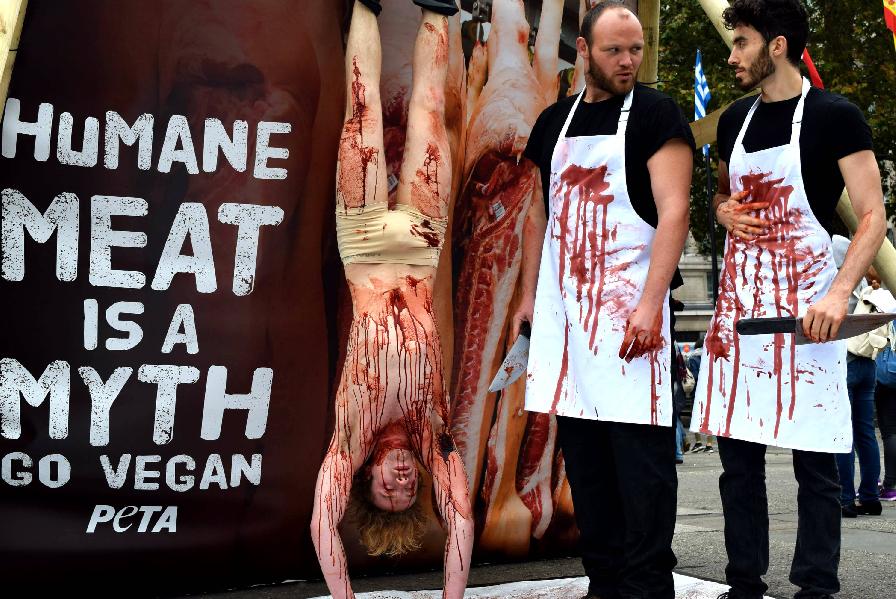 The “open air slaughterhouse” was designed by PETA as part of an attempt to expose animal cruelty methods in slaughter-houses, with the hope to change and influence the eating habits of the nation and encourage people to maintain a healthier, more humane diet. The animal rights group were handing out vegan starter kits, and displaying signs that read “Choose Life: Choose Vegan”.

“Meat is a product of a bloody and violent industry with no respect for living beings who value their lives and experience the same pain and terror that humans would if they were killed for a steak”, says PETA Director Elisa Allen. “This World Vegan Day, PETA is calling on caring people everywhere to stand up for what’s right and switch to delicious and cruelty-free vegan meals.”

You can support the cause by engaging in a trial and going vegan for 30 days this November. The display commemorates the beginning of World Vegan Month this year. 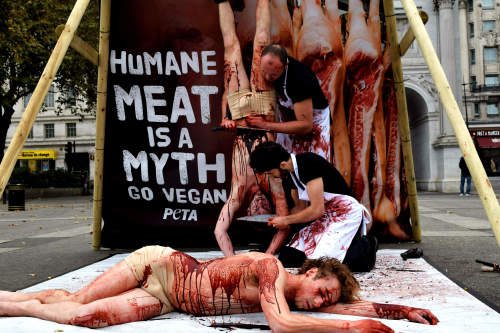