Greenpeace protesters this morning sent a message which Donald Trump couldn’t miss – literally, as they scaled a nearby construction crane to unfurl a ‘RESIST’ banner 270ft in the air and positioned it to face the White House. 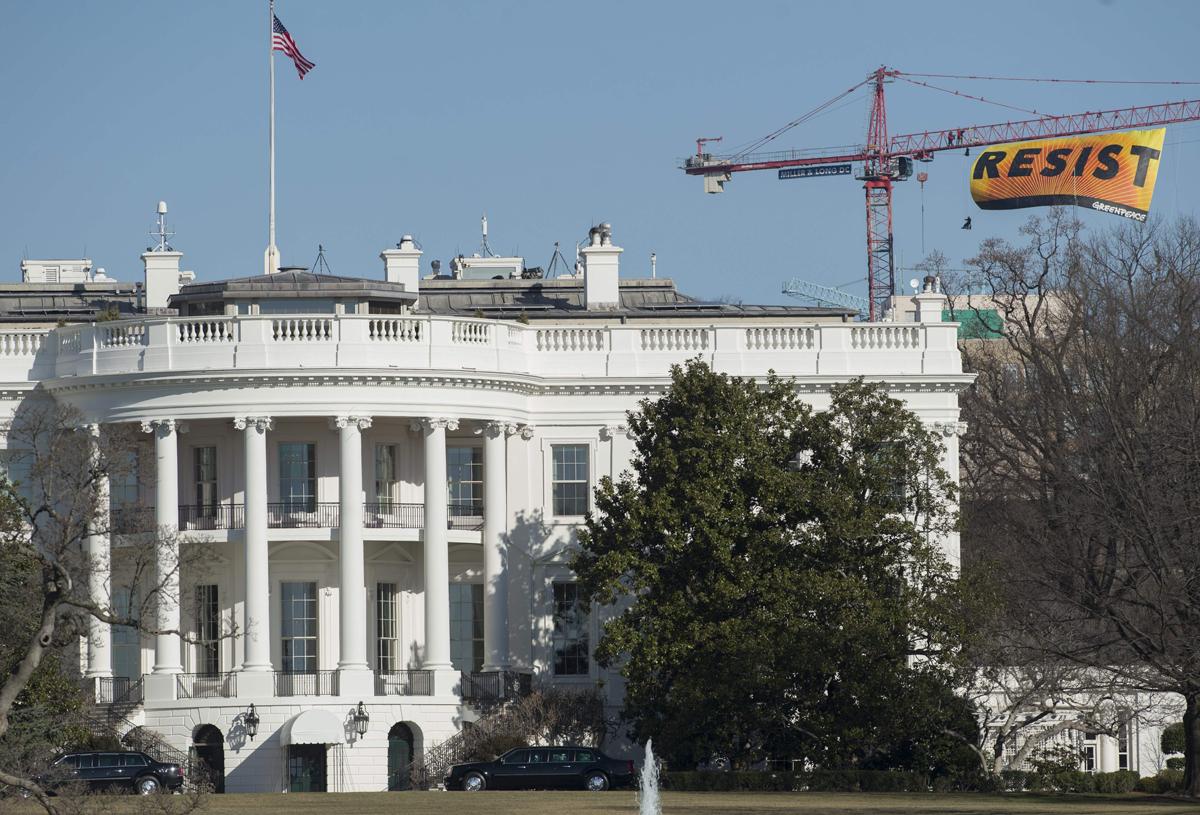 When officers reached the construction site in Washington, they found that three protesters had attached themselves to the crane and a further four people then joined them and refused workers access to the area. If the message wasn’t blatant enough, it then created more chaos as roads were closed to traffic around the site.

Josh Evans, a carpenter who usually works on the site, said “Look how organised they are. They have the same equipment that I use every day. They’re professionals. Amateurs couldn’t stay up there that long.” 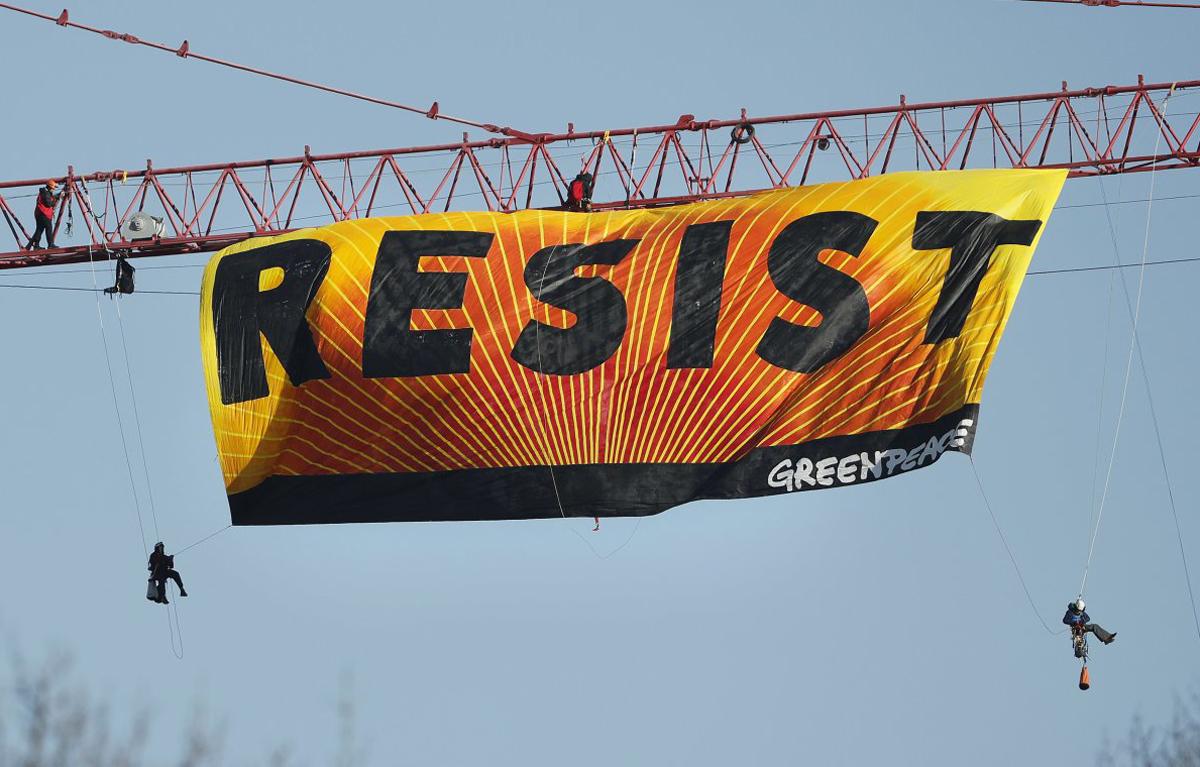 Travis Nichols, Greenpeace spokesperson, has said that the protesters are calling for resistance to Trump and his agenda – unsurprising, given that Trump’s stance towards environmental issues such as climate change and the Keystone XL and Dakota Access oil pipelines has repeatedly stirred controversy, which was reignited when he yesterday signed two executive actions which will advance the construction of these pipelines. On top of this, Trump has implemented a media blackout of the Environmental Protection Agency and the U.S. Department of Agriculture, where the department is prohibited from posting updates on social media or offering new information to reporters. The EPA has also had its power to award contracts and grants frozen.

But whilst the Metropolitan police condemn the act as “extremely dangerous and unlawful”, it’s received the seal of approval from the public, with one local business owner commenting that “This is a bold expression, a bold statement, but peaceful. This is what makes America great. I’m speechless. They are risking their lives to do this.”

Airbnb offers customers greener experiences with the help of Pantone