The One Moment to appreciate Morton Salt.

The rock band OK Go! that shot to fame with its 2006 treadmill stunt video, has teamed up with leading marketer and producer of salt, Morton Salt and has collaborated on a brand new song, “The One Moment”, as part of its #WalkHerWalk campaign.

The music video shows the band amongst exploding guitars filled with salt, bursting water balloons and a huge amount of paint. As the salt rains down, one of the band members grabs a yellow umbrella and takes a walk, before the signature image of the Morton Salt girl and her umbrella appears. The entire sequence contains 325 separate events and lasted just 4 seconds in real time but has been slowed down and the duration of the video is 4 minutes long.

“We want to show that a single moment can contain so much wonder, so much beauty, and so much change,” OK Go vocalist Damian Kulash explained in a prepared statement. “We hope it helps inspire people to use their moments wisely.” 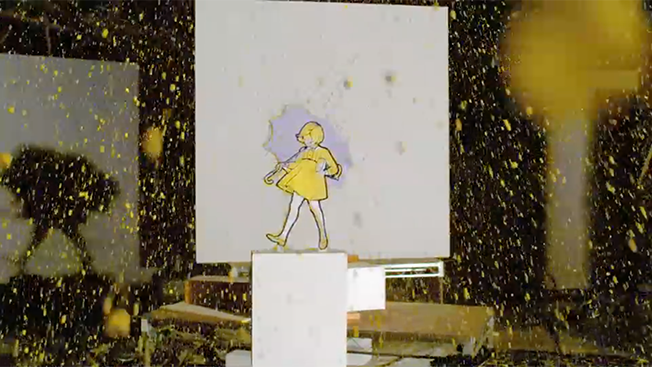 The unexpected partnership was part of a brand strategy from Morton to educate consumers about its products uses in the pharmaceutical and farming industries as well as an effort to target millennials.

“We really wanted to create an opportunity for millennials to understand the Morton brand,” Lauer said. “Our goal was to bring new meaning to the brand and create relevance, especially with millennials.”

The campaign has also seen Morton partnering with organisations such as GirlForward, which supports young refugee females through educational programmes, and ProjectArt, which offers art classes at public libraries across the country.

For now, the “The One Moment” video has already gained more than 3.3 million views, as of Wednesday afternoon via the band’s Facebook page.

“We’re really excited about the reaction so far,” Lauer said.

You can watch the whole music video below: