Yesterday, hundreds queued down New York’s Fifth Avenue, eagerly anticipating the opportunity to ‘snap up’ Snap Inc’s new Spectacles, the must-have piece of tech this winter. Having announced only on Monday at 6am that in 24 hours New Yorker’s would have the chance to purchase the glasses, the anticipation was understandably high, with hundreds queuing for hours to purchase a pair. Joining the qeuers was Paul Marcum, president of Truffle Pig – the joint advertising agency owned by Snapchat, WPP and Daily Mail – reflecting the idea that Snap Inc. had created a highly desirable (not to mention exclusive) product. Furthermore, this proved an opportunity not to be missed for those who wait in queues for a living – and, as expected, they came prepared. 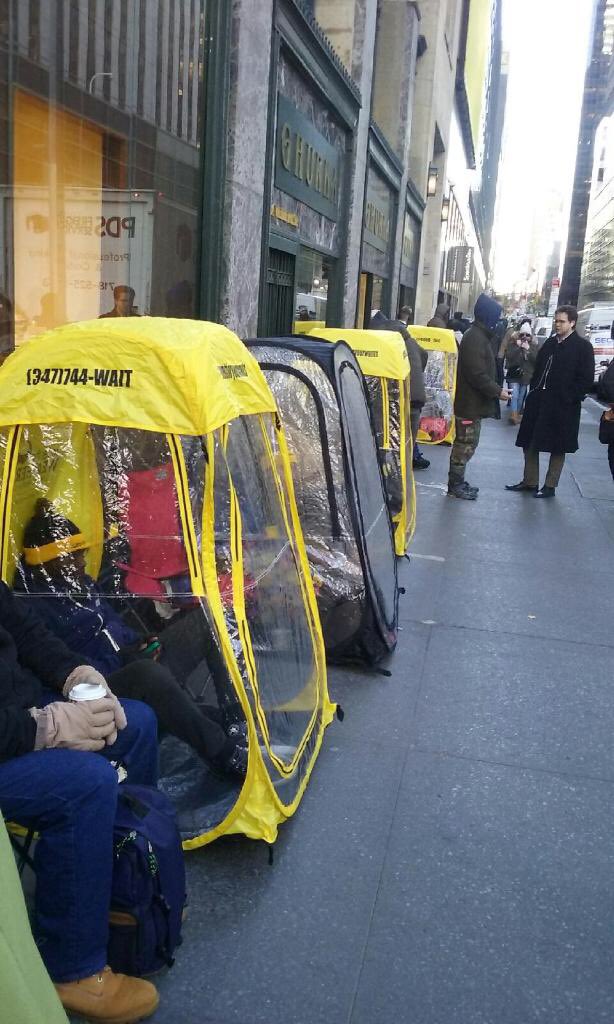 The Spectacles are, essentially, a pair of sunglasses with a camera inside – what’s cool about them is that they shoot unique circular video, and are linked directly with the Snapchat app. They are retailing for $129.00 (roughly £100) each, with restrictions meaning ensuring that customers only buy two pairs each – clearly a necessary precaution, given that pairs have since been selling on eBay for up to $1000.

The specs were first unveiled on Friday, November 11 at Venice Beach – the location of Snapchat’s former office headquarters. Snap Inc. have ingeniously used a vending machine-esque bot to distribute the glasses, which is covered by curtain and then restocked in each location as required.

Snap Inc. began by placing billboards, some without branding or wording but just the distinctive eye logo. This increased speculation nationwide as to where the next bot would be, with hopefuls optimistically predicting that the next pop-up would be in their region – from New York’s Times Square to Cleveland, Ohio.

Snap Inc. then dropped a clue as to the next location: 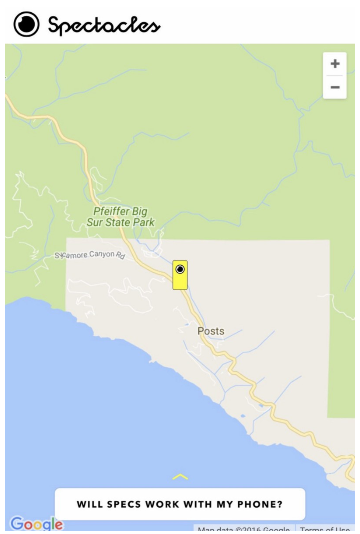 Whilst the decidedly rural drop-point of Big Sur, California led to much confusion amongst Twitter users, it was then confirmed by a retweet from Snap Inc. that it was at Big Sur that Snap’s CEO tried the specs out for the first time – and knew they were onto something.

Snap Inc. have been incredibly successful in launching their the Spectacles, not least because of their clever marketing strategy which has allowed a buzz to develop, and carry on developing, around an exclusive product. We look forward to seeing what Snapchat come up with next!

The One Moment to appreciate Morton Salt