Movie streaming service blinkbox treated the people of Norwich to a thrilling climax of their official Christmas lights switch on – with a giant SINGING illumination of the town’s most famous export, Alan Partridge.

To mark the release of the Norwich star’s hit movie Alan Partridge: Alpha Papa on the Tesco owned movie streaming service on 2 December, the city’s most famous face was brought to life in the form of an enormous light sculpture, marking a spectacular climax to the city’s switch-on.

As the streets were illuminated with festive sparkle following the official switch on by TV presenter Jake Humphrey who also hails from the town, the giant illuminated Alan Partridge beamed into life, singing along to Cuddly Toy by Roachford – the 80’s anthem that the star mimes along to in Alan Partridge: Alpha Papa. 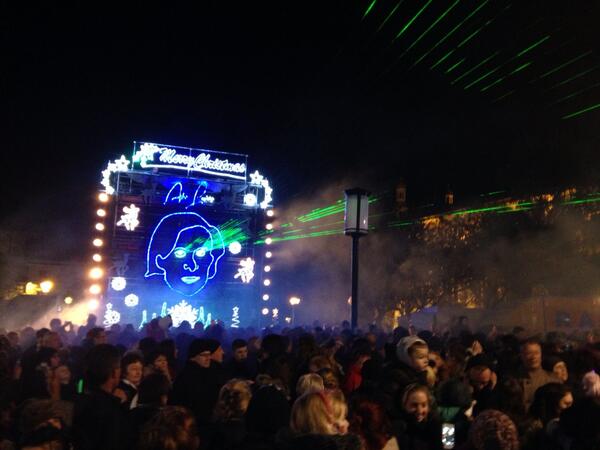 In keeping with the film, lighting technicians programmed the custom-built display to lip-sync the lyrics in time.

Engineers said the impressive structure, which was supported by 15 tonnes of scaffolding and eight tonnes of lighting, was taller than a moderately sized travel tavern.

In a dramatic finale, powerful lasers shot from Alan’s eyes projecting ‘80ft giant dancing Alans’ across the town centre and into the skies above. 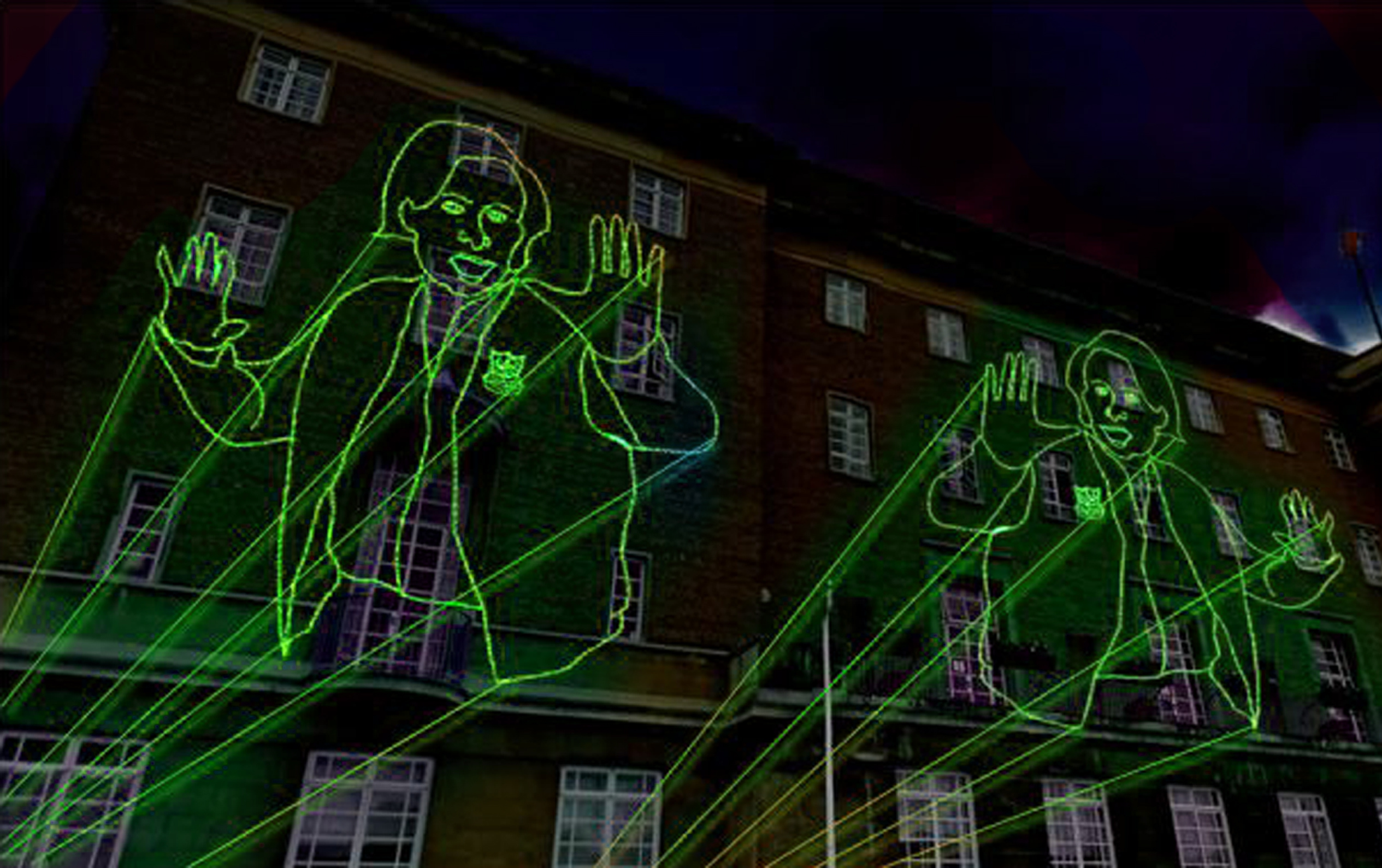 Partridge fans out in force; 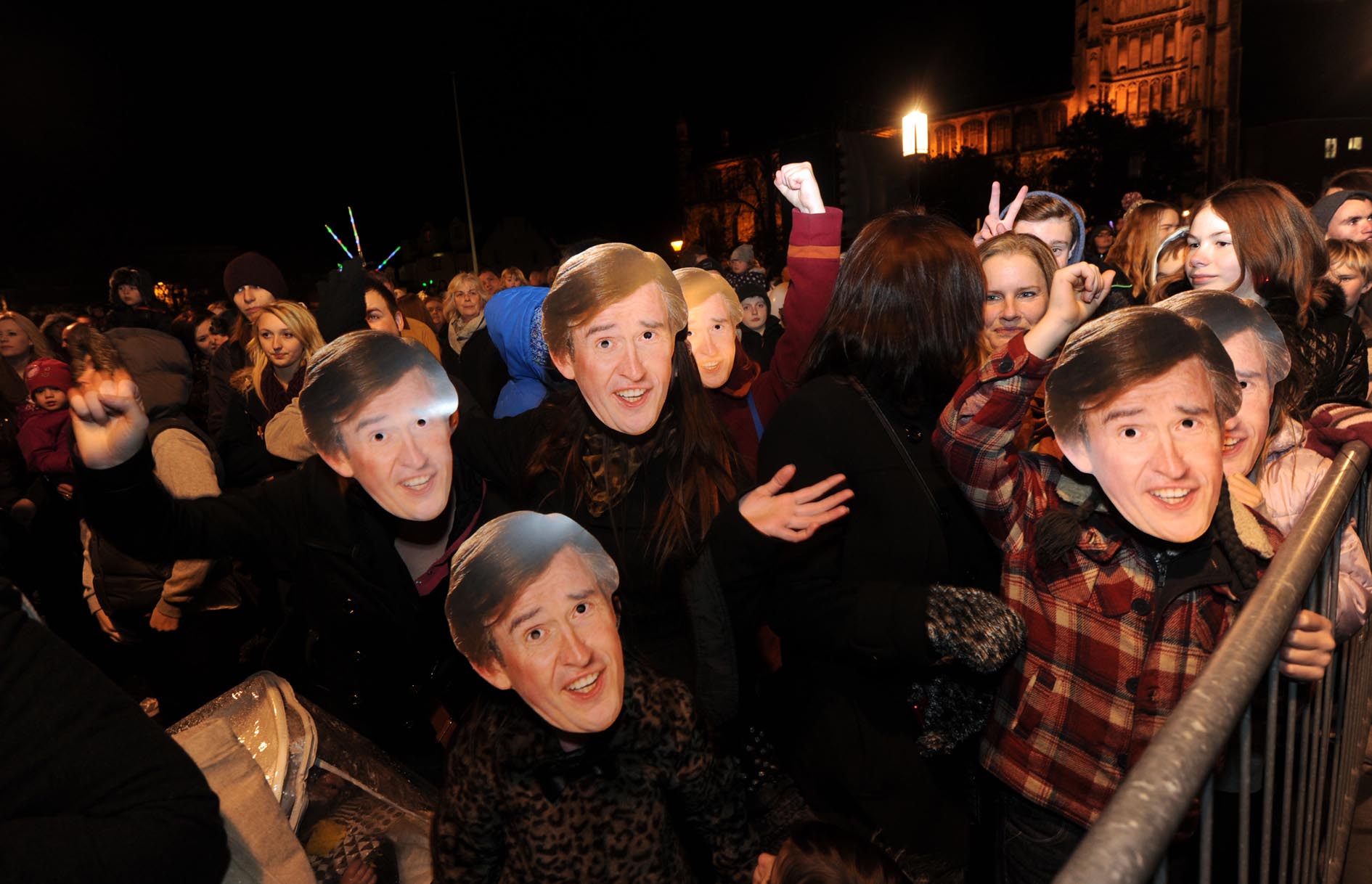 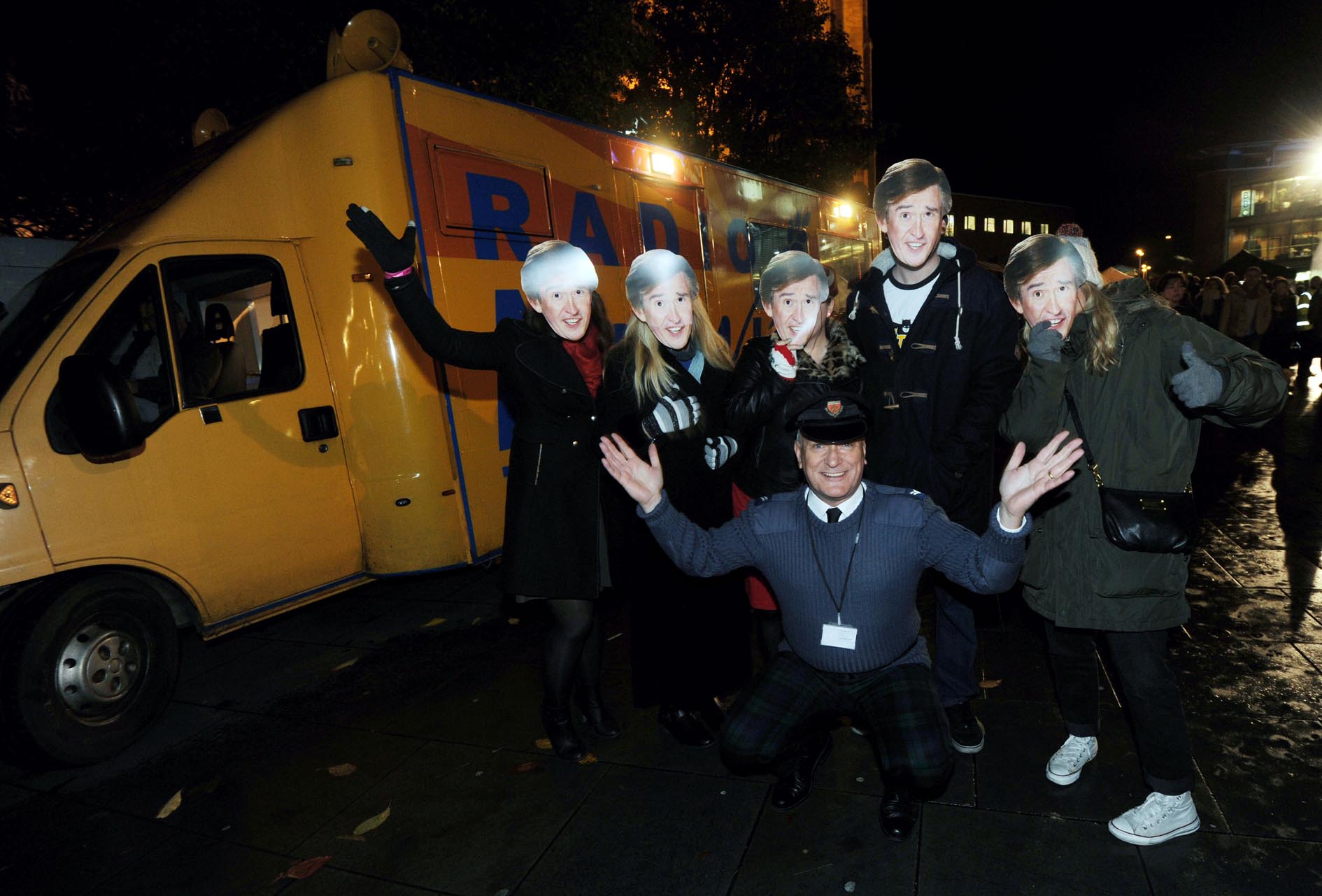 A team of designers had worked round the clock for over a month to create the display which used over ten thousand lights and ten thousand watts of music power.

The structure also utilised 500 meters of light rope, pyrotechnic explosions, and ‘used enough electricity to run a trouser press for over 25 years.’

Organisers let slip that Alan himself could not attend the event due to a long-standing commitment. But he delivered Christmas wishes to the people of Norwich via his trusty screen sidekick and friend Michael (played by actor Simon Greenall) who read out the following note: 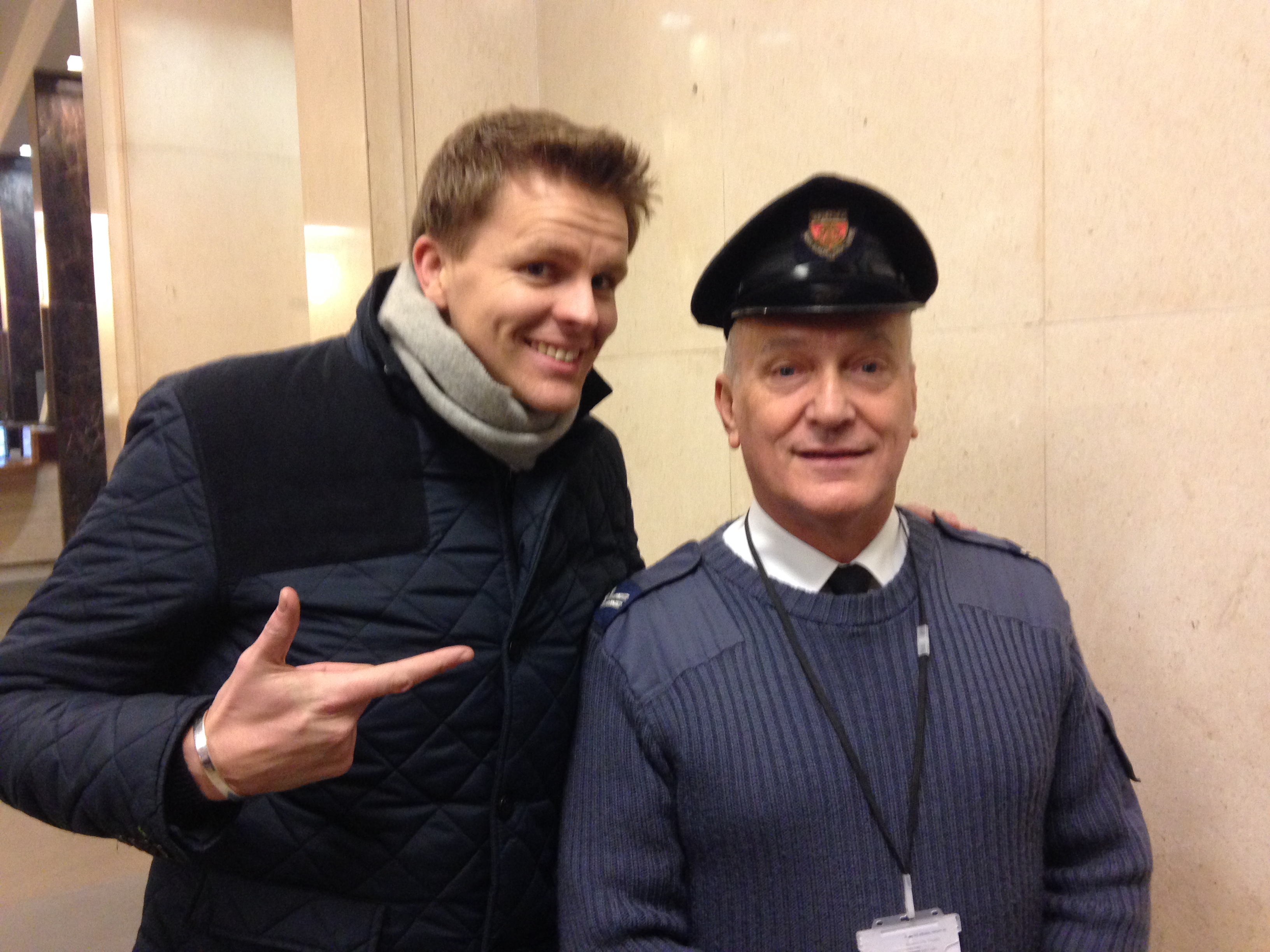 “Dear people of Norwich, and to a lesser extent anyone here from Suffolk – welcome!   I’m genuinely heart-broken not to be there with you, but it’s quiz night at the Rose & Crown and I’m the designated driver.   You’re about to witness the biggest turning on of lights since the end of the 3-day week. The electricity used to power the illuminations is enough to run a trouser press for over 25 years. Instead, it’s powering an LED effigy of my face and body, lighting up the Christmas night just as the Archangel Gabriel did over two thousand years ago. I hope you have a wonderful festive season. A-HA!” 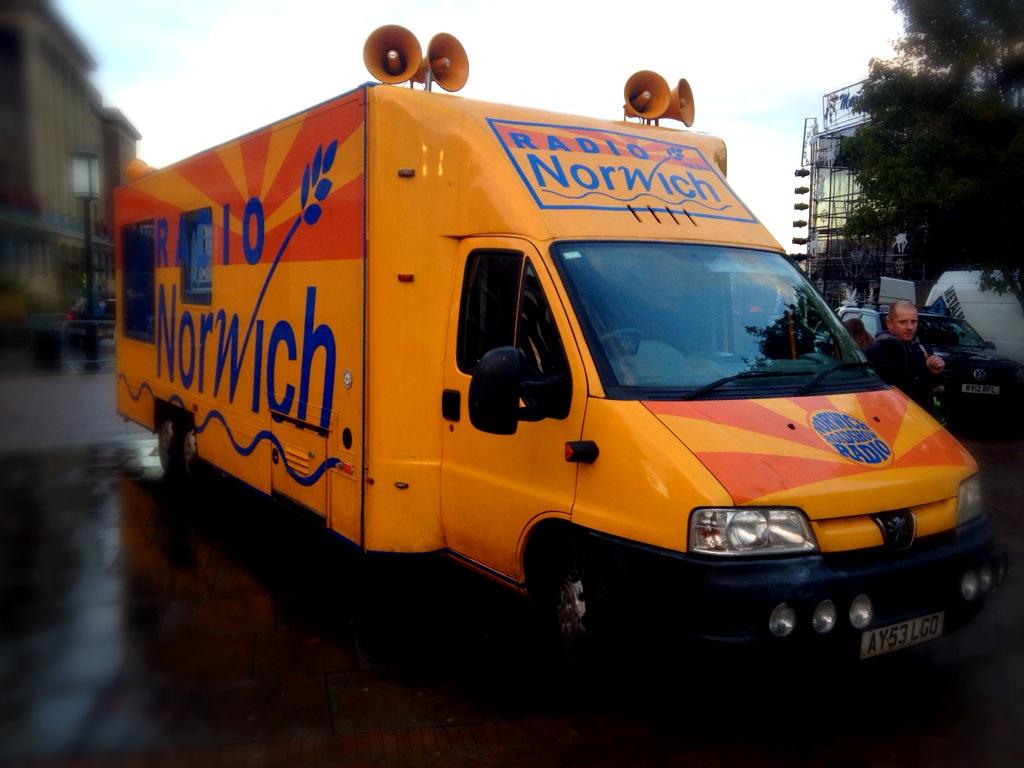 Ben Ayers from blinkbox said: ‘To celebrate the release of Alan Partridge: Alpha Papa on blinkbox, we wanted to make a Christmas statement that would match Alan’s enormous ego. We tracked down every light we could find to arrange this spectacular show in his honour. Alan is looking forward to the hefty royalties sure to be generated by views of the movie on blinkbox.’

A representative from the Lord Mayor of Norwich office said: ‘Norwich City Council’s Christmas switch-on is always a special occasion but with Jake Humphrey pressing the button on our brand new display of lights and then the face of Alan Partridge lighting up in all its glory, this really is one to remember.’

Alan Partridge: Alpha Papa will be available on blinkbox from 2 December priced at £10.99 to buy and £3.49 to rent. 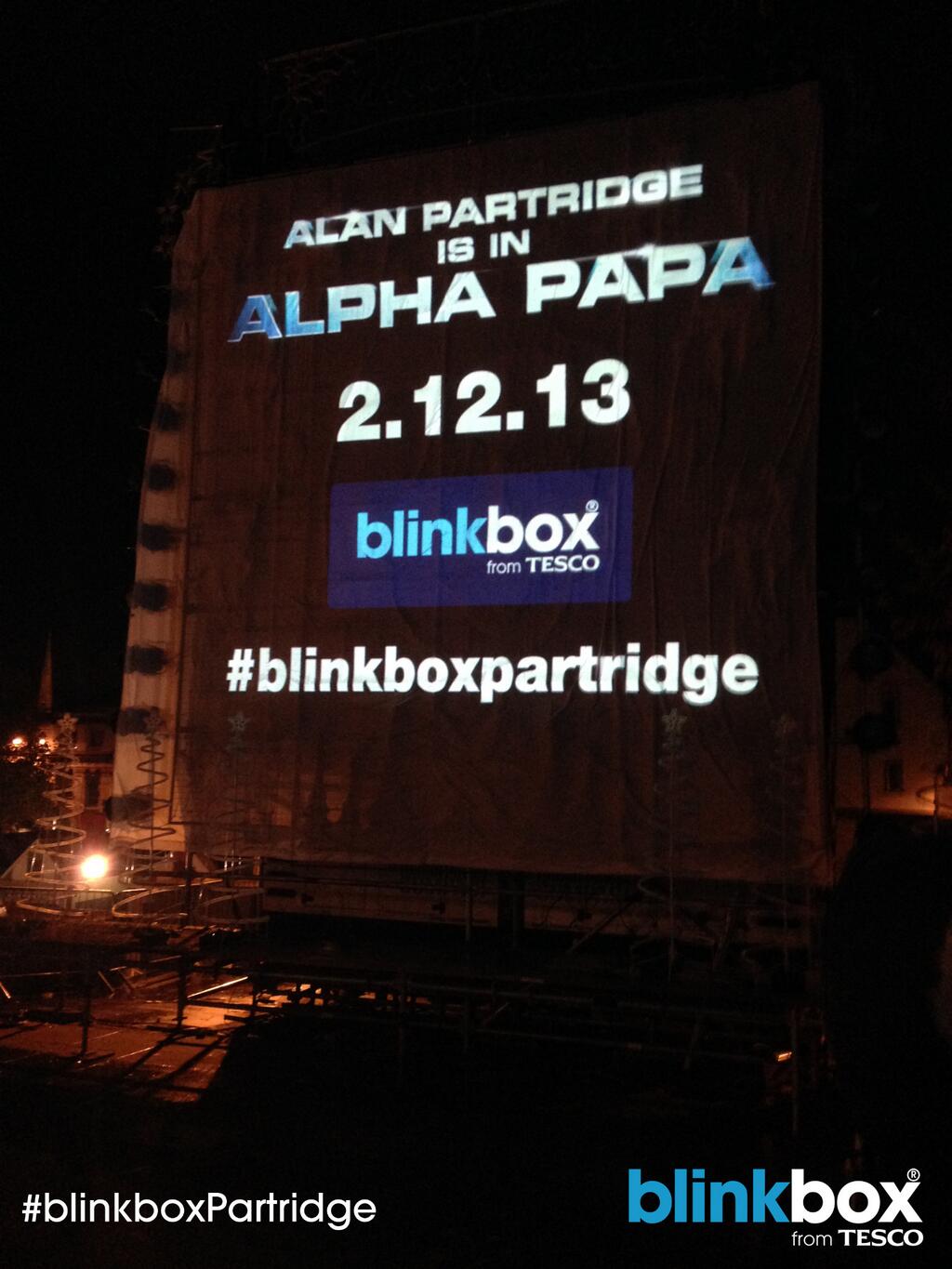 blinkbox is a movie and TV streaming service from Tesco offering the latest and greatest TV series and the hottest movies on – or often even before – the day they come out on DVD  – all without the need for a subscription. blinkbox offers 10 X more of the latest blockbuster movies than Netflix and Lovefilm Instant* on a growing number of devices including games consoles, iPad and Android tablets, Smart TVs, Blu-ray players, set top boxes and PCs/Macs. *Comparison based on top 50 UK box office movies for 12 months preceding 25/10/2013. See http://blinkbox.com/comparison for details.