Heinz Helps Us Fight The Cold With This Emergency Stunt.

Doesn’t it seem like just yesterday that we were welcoming in 2017, wondering what the new year had in store for us? One thing that is guaranteed, however, is the cold weather we will experience between January and March. All of us will be wrapped up in big jackets, hats, gloves and leggings, fearing the frost and dreading that early morning wake up. 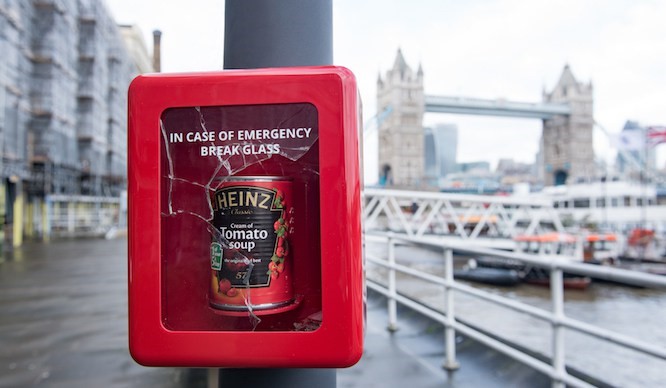 Heinz, decided to “share the love and help Londoners stay cosy with the ultimate comfort food” (Shane Shortman, Marketing Manager for Heinz) today by setting up ‘In Case of Emergency’ branded cases filled with a tin of Heinz soup (Cream of Tomato, naturally). Commuters are encouraged to smash the boxes with spoons and take one of the nation’s favourite comfort foods, if the cold became too unbearable. 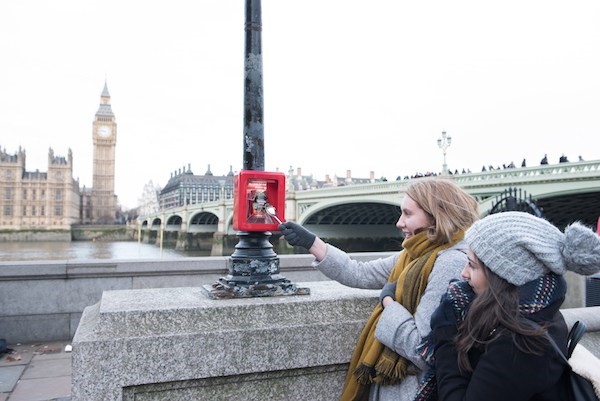 It only makes sense. A study found that 75% of Brits think that nothing combats Jack Frost like a bowl of warm soup! Soup is also second only to a cup of tea when it come to the nation’s ways of dealing with everything. What better than to have a tin at the ready!

Heinz’s soup production factory in Wigan is already producing 9 million cans a day in preparation for the increased demand as cold weather sets in. The company typically sees soup sales go up 5% for every degree the temperature drops during the cold “soup season” (October to March).

The emergency boxes will appear across London and the UK’s coldest cities throughout the months.

This stunt has given us a warm, satisfied feeling, even in these cold and gloomy times. Soup for lunch anyone?!

Smoke of the Day

A-maze Dyson and get a job!