For the festive season, Coca Cola have created a special treat for Coca Cola lovers in Japan. The drink brand announced that the new ‘Ribbon Bottle’ would be released for their Christmas campaign, and will be available from today. 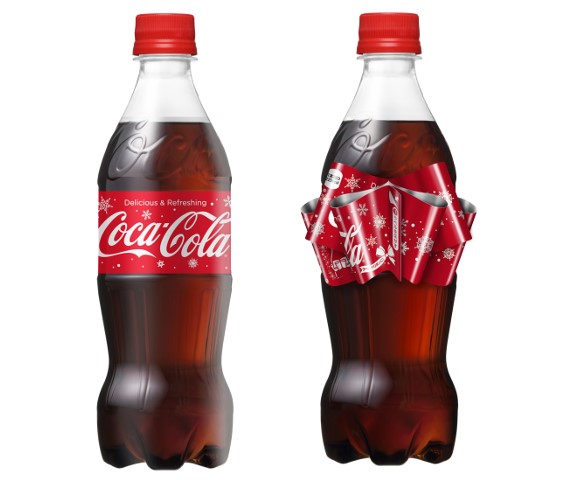 The label has a small pull on the inside, so that once you peel one side away, you can pull the tab for the bottle label to transform itself into a neat festive bow. To see these bottle labels in action, watch the video below:

The announcement forms part of the larger Coca Cola Christmas ‘Give a Surprise’ campaign in Japan. It will begin on 21 November, and the company will offer a pair of warm, fuzzy socks to customers who buy either four small bottles or two larger bottles. Similarly, from the 5 December, Coca Cola Japan will give one of five ‘crystal ornaments’ to customers who buy any one-litre or two-litre bottles, which come in designs such as a snowman, Santa Claus, and a decorated Christmas tree.