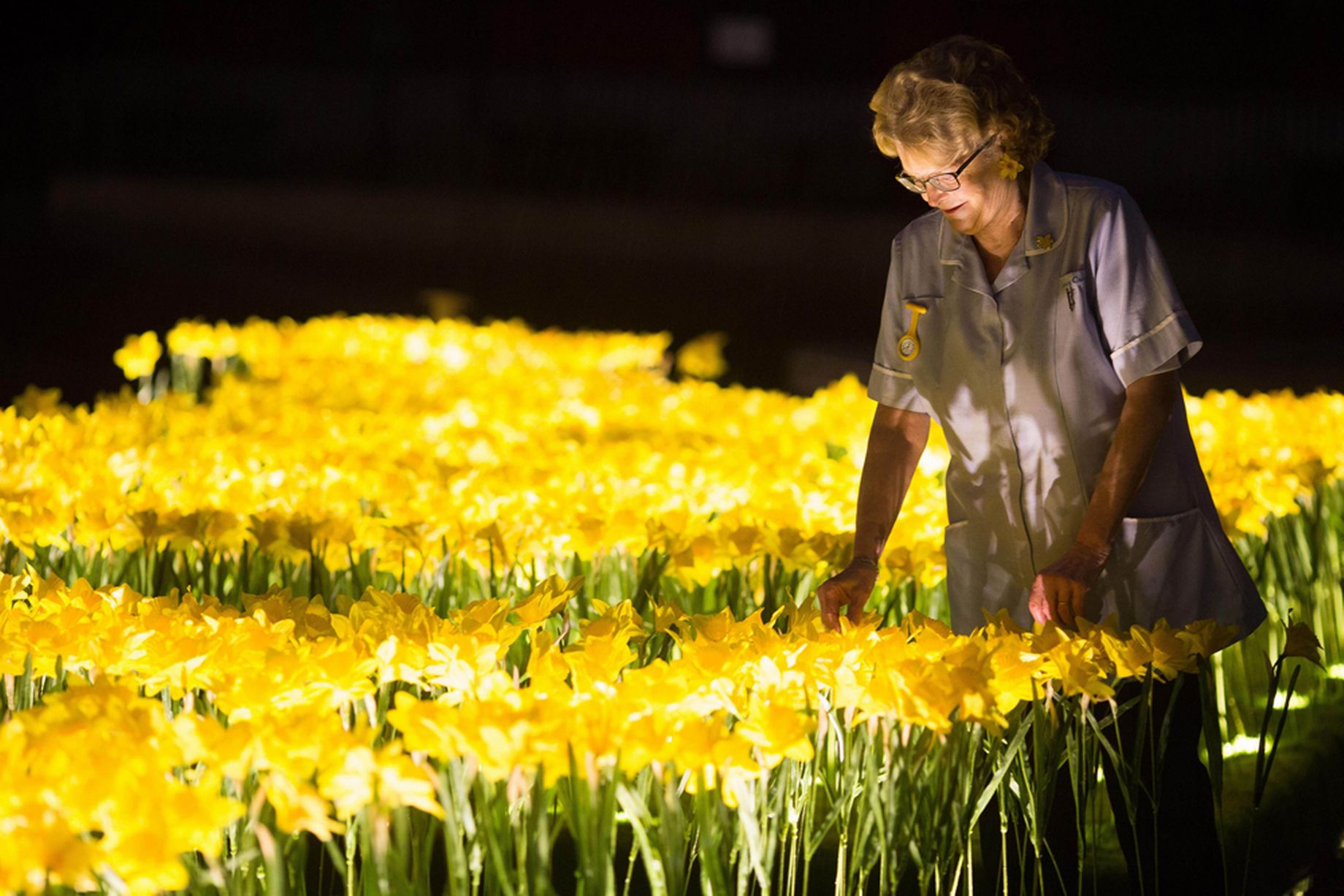 Spring has almost sprung and despite the cold snap that has hit us in early March the first of the spring flowers are slowly but surely emerging from the undergrowth. One of the most welcome sights at this time of year is the ever cheerful looking British Daffodil; a symbol of the turning of the season in itself. However this very important flower also holds another meaning for many, as the emblem of Marie Curie it is a reminder of the Charity’s mission to ensure that terminally ill patients receive the very best of care and compassion until the end.

This year Marie Curie have teamed up with PR agency Hope and Glory and London-based artists Greyworld to bring to life the incredibly beautiful “Garden of Light” to launch the 2017 Great Daffodil Appeal.

Inspired by the hand-crafted poppies that appeared in 2014 around the Tower of London to mark the centenary of the First World War, Marie Curie have installed 2100 daffodils deep in the heart of the often distinctly dingy financial district in London to represent each one of the hard-working nurses supporting those with terminal illnesses around the UK.

After dark the daffodils are illuminated by carefully placed lights transforming the garden and the surrounding area into a tranquil place of reflection and remembrance.

As the public make their way through the winding paths of the garden they are treated to heart-warming recordings of readings from real-life letters written to the nurses from the former patients and family members whom they have worked so tirelessly to help.

Poignantly, they have also installed a “Memory Wall” where passers-by can write messages to lost love ones onto artificial petals which will, over the course of the installation, form a giant daffodil built from their memories.

The installation is situated in Paternoster Square in London until the 12th March 2017.

The power of the meme: Brands capitalise on new twitter trend with hidden text scavenger hunts

A Mini Rolls-Royce for a big cause: Bespoke car created for sick children on way to operations