A Mini Rolls-Royce for a big cause: Bespoke car created for sick children on way to operations. 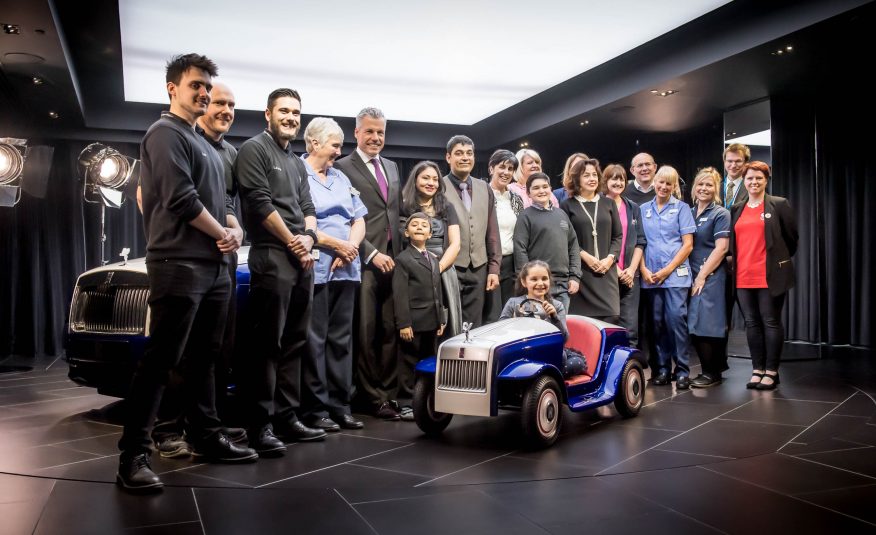 A Mini electric sports car Rolls-Royce has had its first run this week at St Richard’s Hospital in Chichester, West Sussex.

The iconic British company has developed the new single seat model specially designed for children to drive on their way to the operating theatre in an attempt to reduce their anxiety and stress.

Workers at the firm spent 400 hours of their own time developing and handcrafting the mini-sized version of the car. The tiny car has a top speed of 10mph, but it can be adjusted to 4mph for the youngest patients and is fully electric, powered by a 24-volt gel battery.

The Bespoke Manufacturing project team used 3D printing for the Rolls-Royce SRH which included the production of the iconic Spirit of Ecstasy, although Rolls-Royce’s team were forced to meet rigorous NHS hygiene standards so new finishes and materials were required.

Lawrie Mewse, Project Leader of the Rolls-Royce SRH stated “I am immensely proud of what the team has achieved. This project showcases the amazing skills and technology that exist in the Bespoke Manufacturing Team and across every area at the Home of Rolls Royce here at Goodwood. However, the most important thing is giving back to the local community and having a positive impact for children and their parents during their time in hospital.” 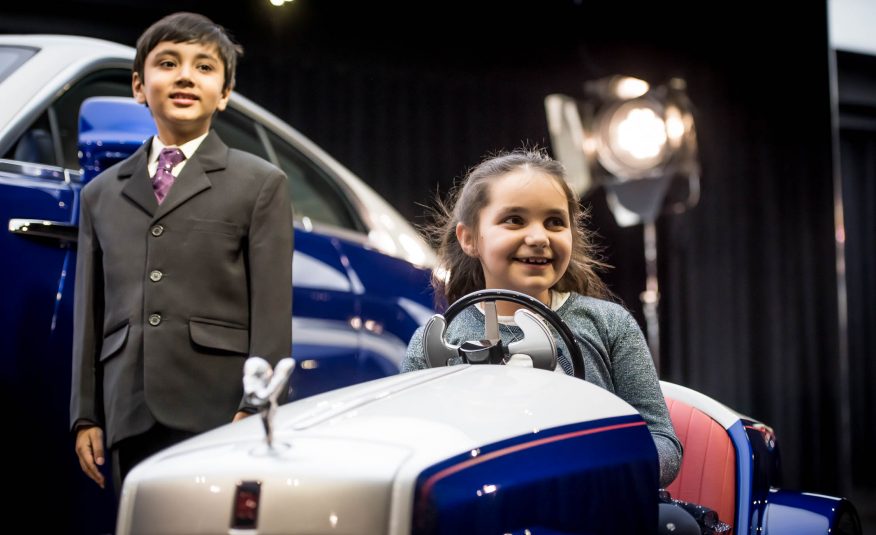 Molly Matthews and Hari Rajyaguru, two “test drivers” from the St Richard’s Paediatric Unit were brought to the company’s studio to be the first people to drive the incredibly special car down the Rolls-Royce production line; a privilege usually only granted to the company’s chief executive.

Back at the hospital, the St Richard’s team have been busy in their own preparation for the arrival of the little Roller, transforming the hallways of the wards and completing them with traffic signs.

Sue Nicholls, paediatric matron at Western Sussex Hospitals NHS Foundation Trust, said: “We know boys and girls alike will love driving it and in the coming years it will help turn a daunting experience into a more fun and enjoyable one for hundreds and hundreds of children”.

@rollsroycecars thank you so much for such a special gift to @westernsussex #Chichester #Charity 🚘❤ pic.twitter.com/P3EKOLflNM

Would you like a blessing with that? Church creates thoroughly modern “drive thru” Ash Wednesday service.