‘Yarnbombers’ knit 40,000 poppies from yarn stretching from Yorkshire to Normandy.

An idea which originated from ‘knitting a few wreaths’ for Remembrance Day in Thirsk, North Yorkshire recently spiralled into 40,000 knitted and crocheted poppies, which now decorate the Yorkshire town’s Remembrance Day Parade route.

After hearing the suggestion of a ‘few wreaths’, Samantha Spence, who co-founded the Thirsk Yarnbombers along with Ann Akers, says “We looked at each other and said ‘we can do better than that’.” The ‘Blood Swept Lands and Seas of Red Art’ installation based at the Tower of London, which marked the centenary of the outbreak of World War I, formed the basis of their inspiration for the campaign which has taken over their town. 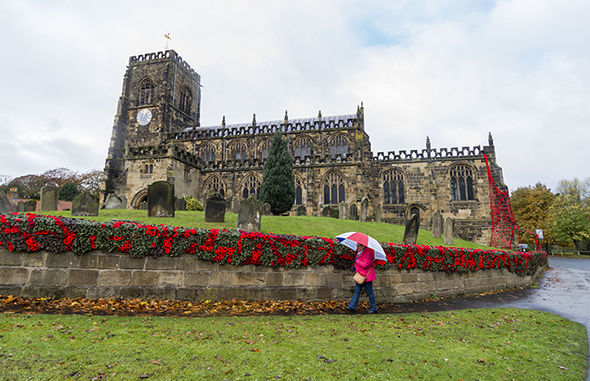 Significantly, these poppies have been crocheted using 450 miles of yarn – the distance from Thirsk to Normandy, where many lost their lives during the D-Day landings. The poppies have been displayed throughout the town, though the main display is on the side of St Mary’s Church, where a river of the poppies have been hand-stitched to army camouflage netting and draped over the church tower. 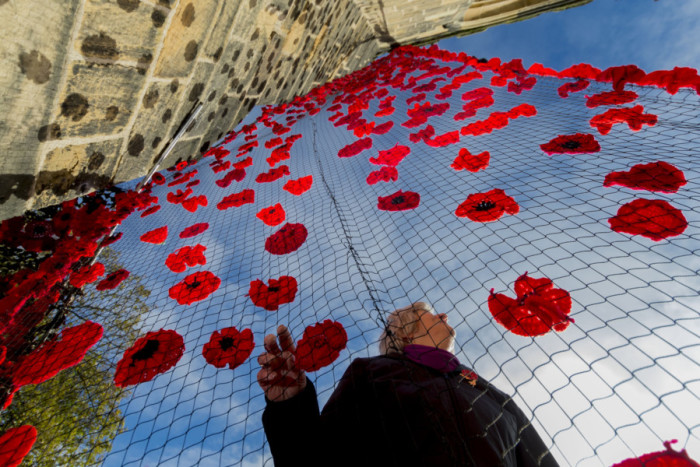 The campaign has had a truly global reach, with donations in the form of wool, money and poppies arriving from countries as distant as New Zealand and Australia. Ann has told the story of one woman who, fittingly, went with her daughter and granddaughter to the beach in Normandy and spent the day crocheting poppies to commemorate those who lost their lives in war.

It’s that time of year again…