THUNDERBIRDS ARE GO…on the Thames!. 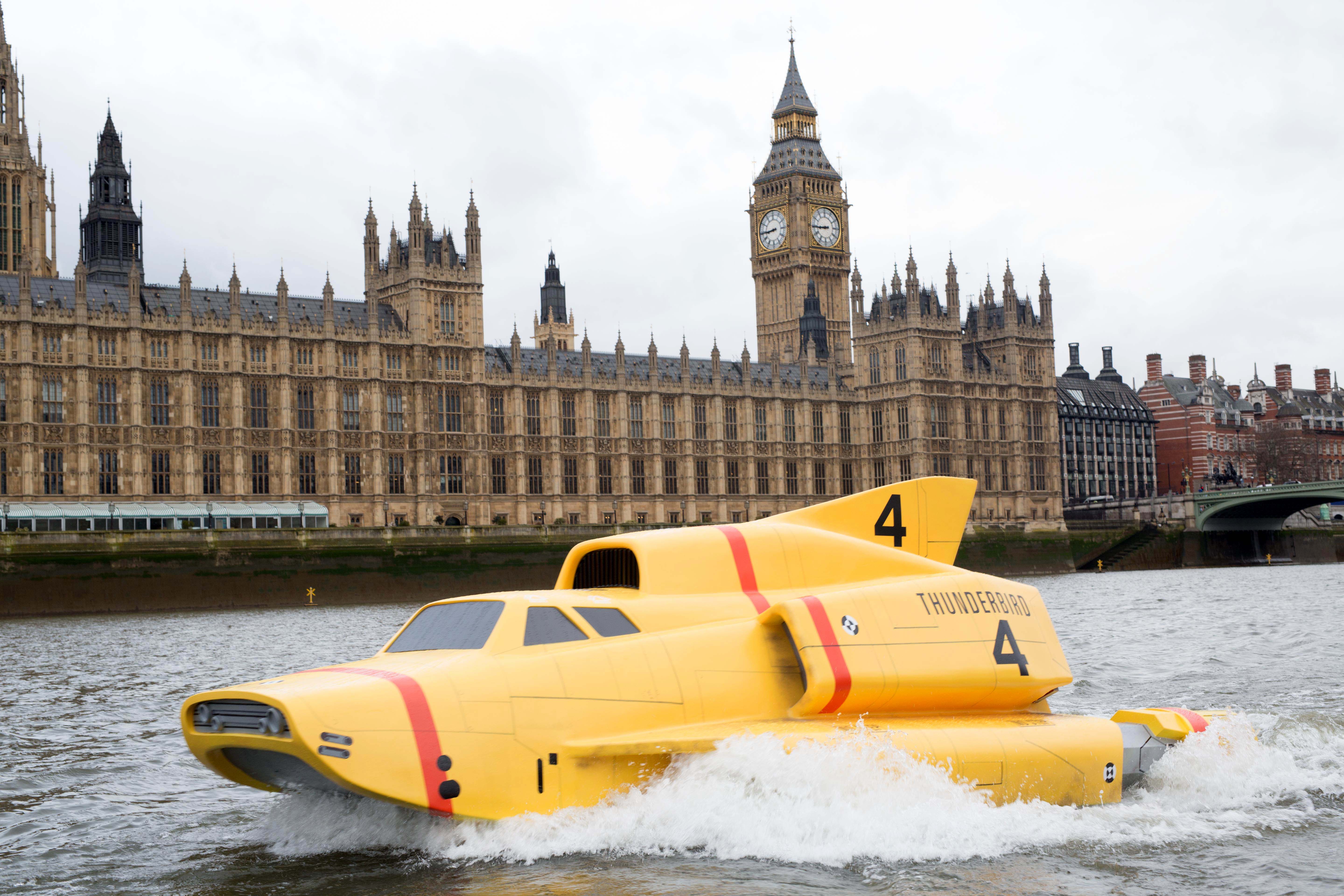 Thunderbird 4, the submersible underwater rescue vehicle from the TV series Thunderbirds Are Go, was spotted cruising down the River Thames today.

Onlookers were left stunned as the famous bright yellow water vessel journeyed its way through the City of London. The model, measuring 15ft and made from fibre-glass, took a team of TV prop builders over six weeks to design, construct and paint. 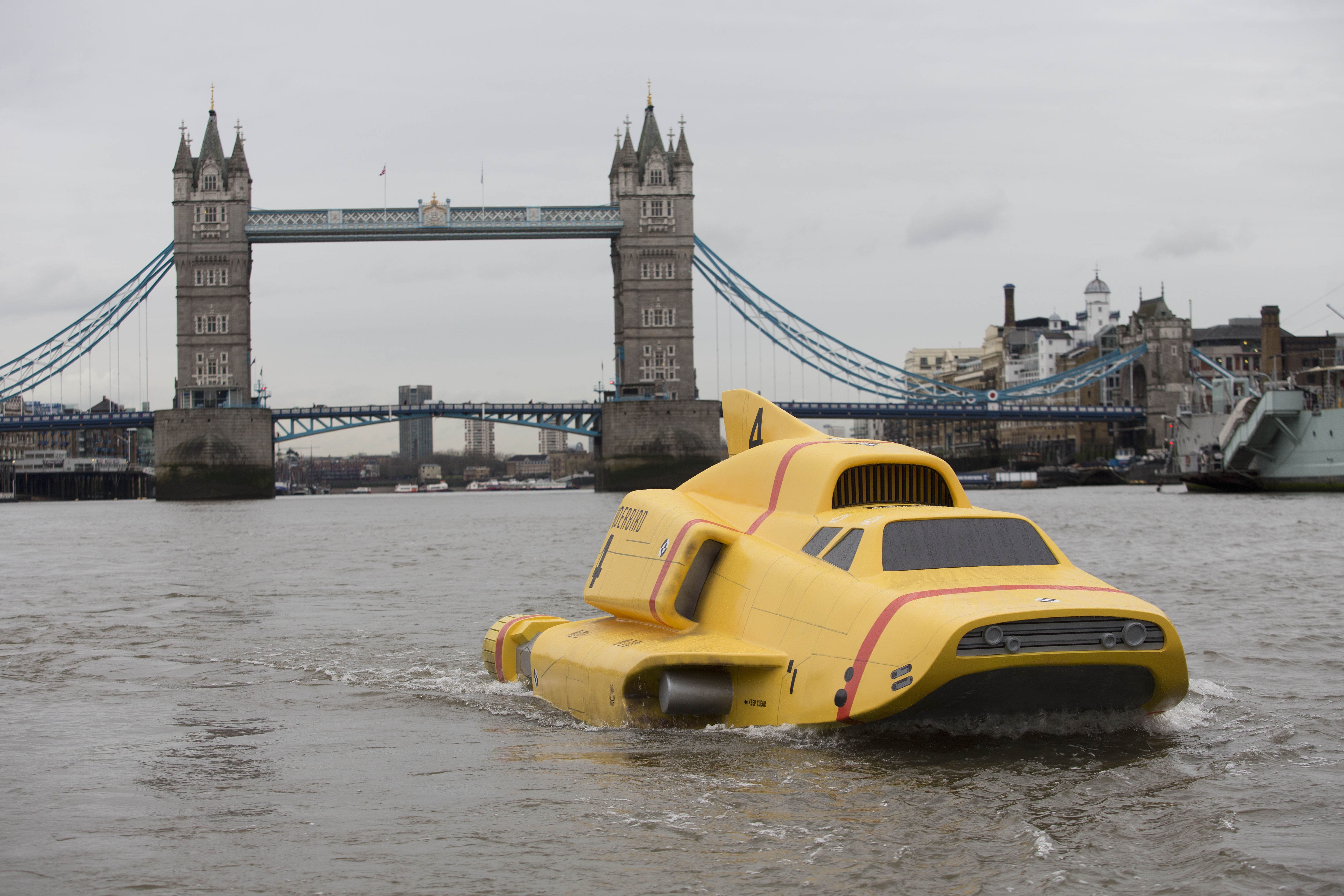 Thunderbird 4 took its maiden voyage on the River Thames this morning to mark the launch of the new series Thunderbirds Are Go airing on ITV on Saturday April 4th at 5pm for a special double episode, before returning to a regular 8am slot on ITV and CITV.

The underwater cruiser departed from East London and made its way up the Thames passing iconic landmarks including Tower Bridge and the Houses of Parliament, en route to Tracy Island. 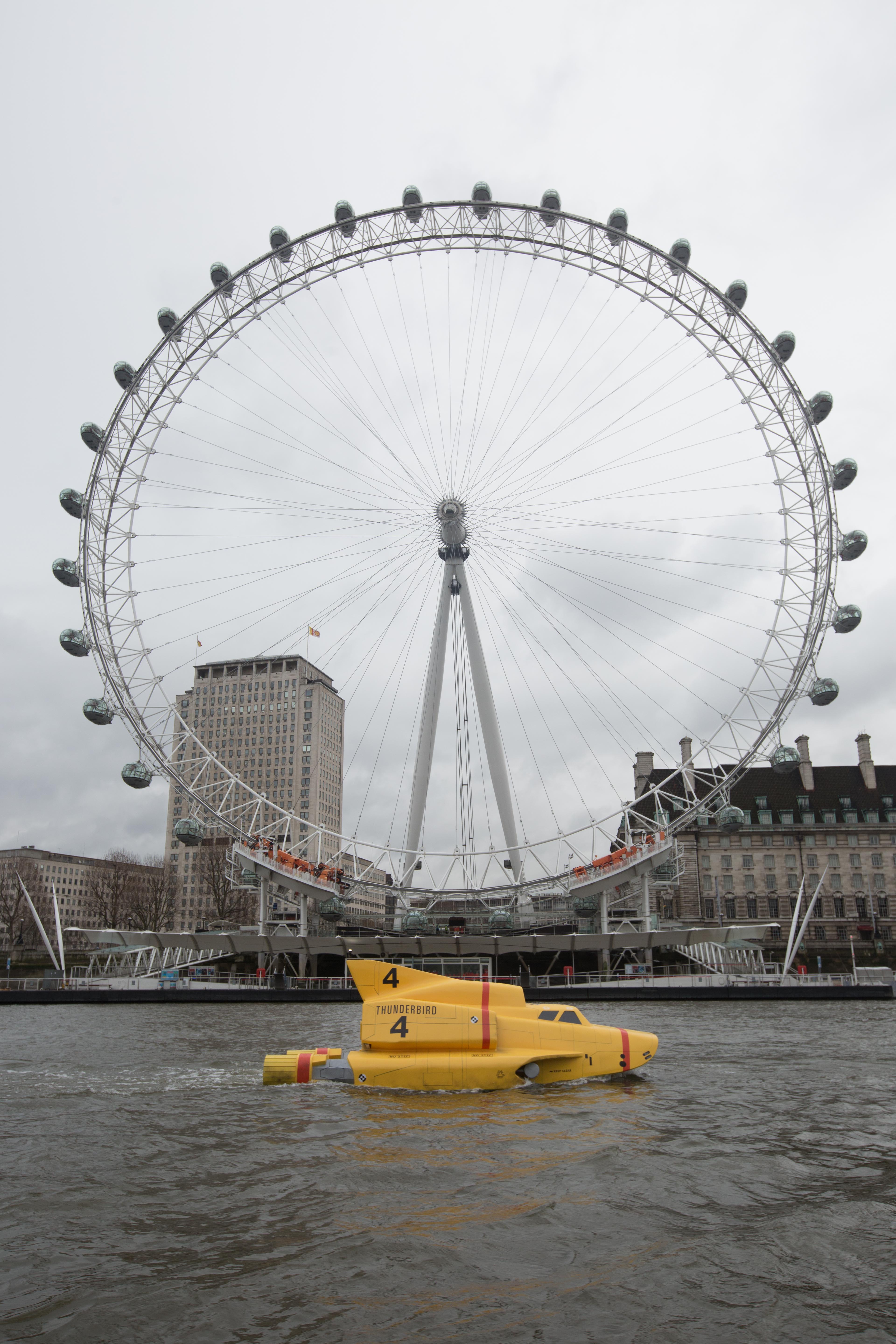 The rescue vehicle, usually delivered to the danger zone by Thunderbird 2 and piloted by aquanaut Gordon Tracy, was winched into the river in the Docklands in the early hours of the morning.

Adrian Last, EVP, Director of ITV Studios Marketing, said: “Thunderbirds is a classic British show, so we wanted to celebrate the launch of the new series Thunderbirds Are Go on ITV by building one of the iconic vehicles and surprising commuters on their way to work.

Seeing Thunderbird 4 cruising down the River Thames brings back a feeling of nostalgia for those that remember the show from 50 years ago and puts a smile on the face of the young. 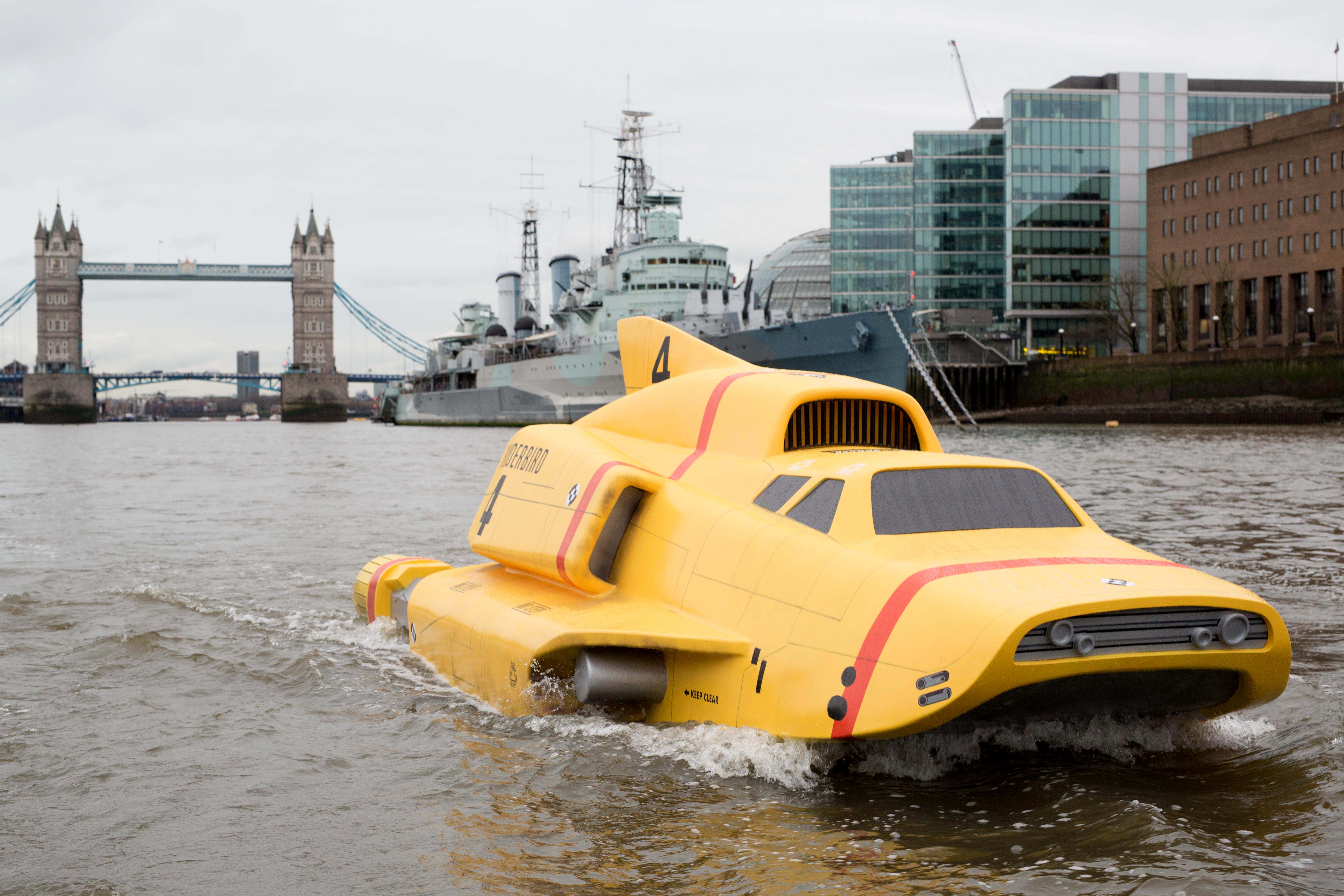 Londoners shouldn’t be worried though as Thunderbird 4 wasn’t out on a rescue mission today – it’s just battling the choppy waters of the Thames.”

Featuring the world’s most famous family of heroes, International Rescue, Thunderbirds are Go will blast the five brave Tracy brothers back on to television screens piloting their incredible vehicles into impossible rescues across the globe. 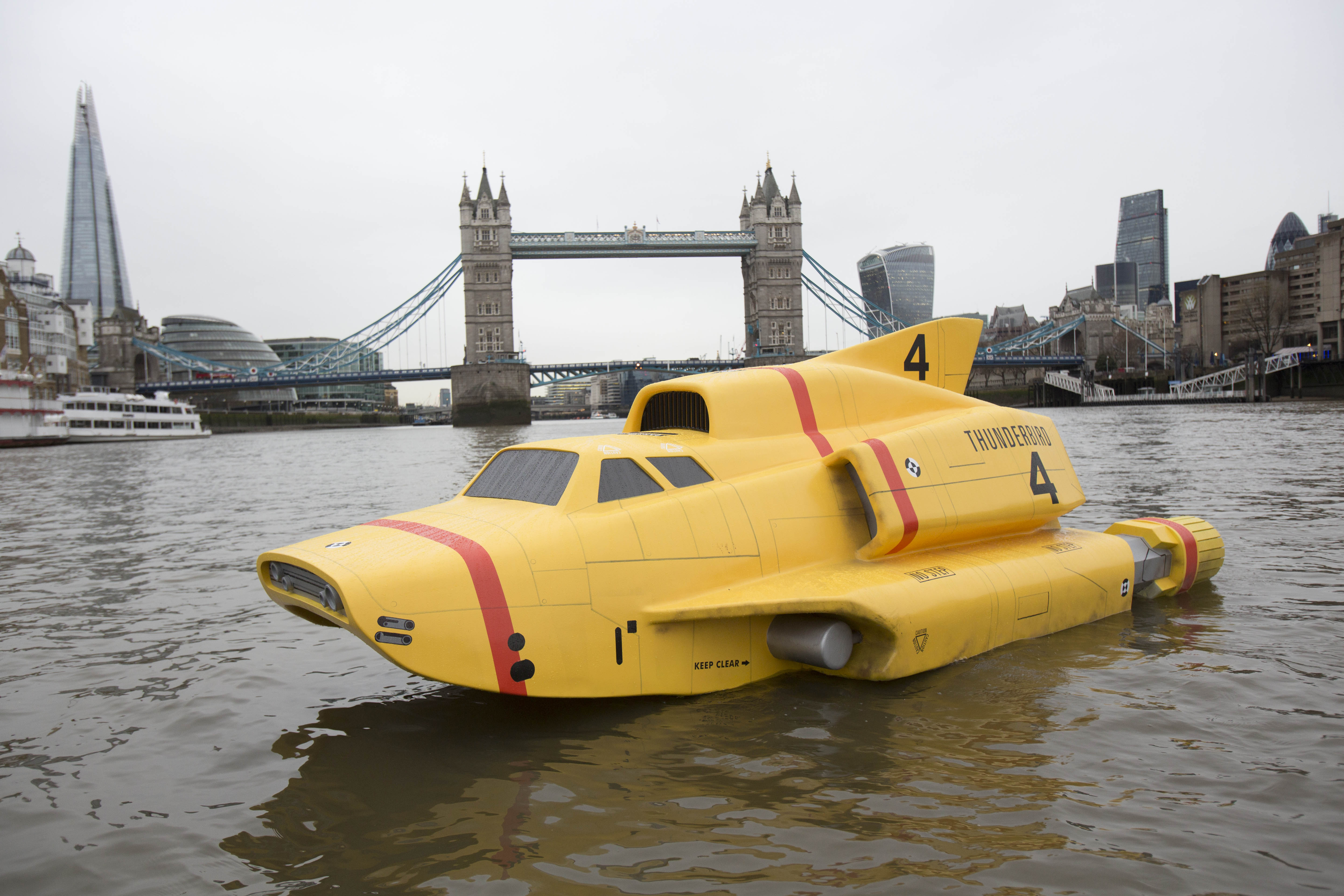 A special double episode of Thunderbirds are Go is airing on ITV on April 4th at 5pm before returning to a regular 8am slot on ITV and CITV.

Thunderbirds Are Go…on the Thames! from Taylor Herring on Vimeo.