TV’s “dishiest drama actor” gets a chocolate makeover for Easter

A life-size chocolate sculpture of the acclaimed actor Benedict Cumberbatch has been unveiled following a national poll which named the star as Britain’s dishiest TV drama actor. 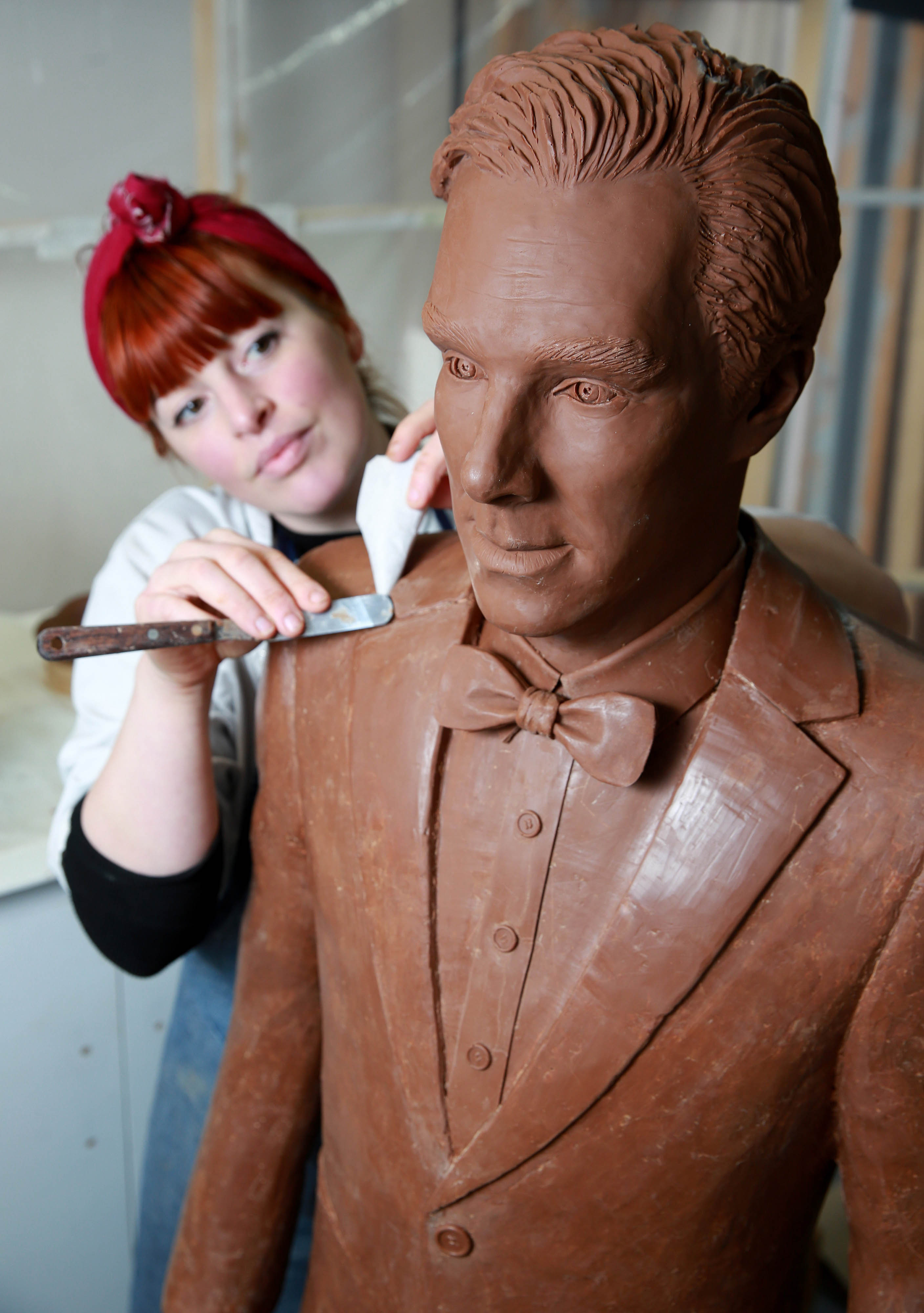 A crew of eight worked on the construction of Cumberbatch’s confectionary counterpart; a process which took over 250 man hours. The team, including a sculptor, chocolatier and model maker began by interrogating the actor’s measurements and assessing images from red carpet appearances to help them perfect Benedict’s look and create an accurate model even down to the smallest detail. 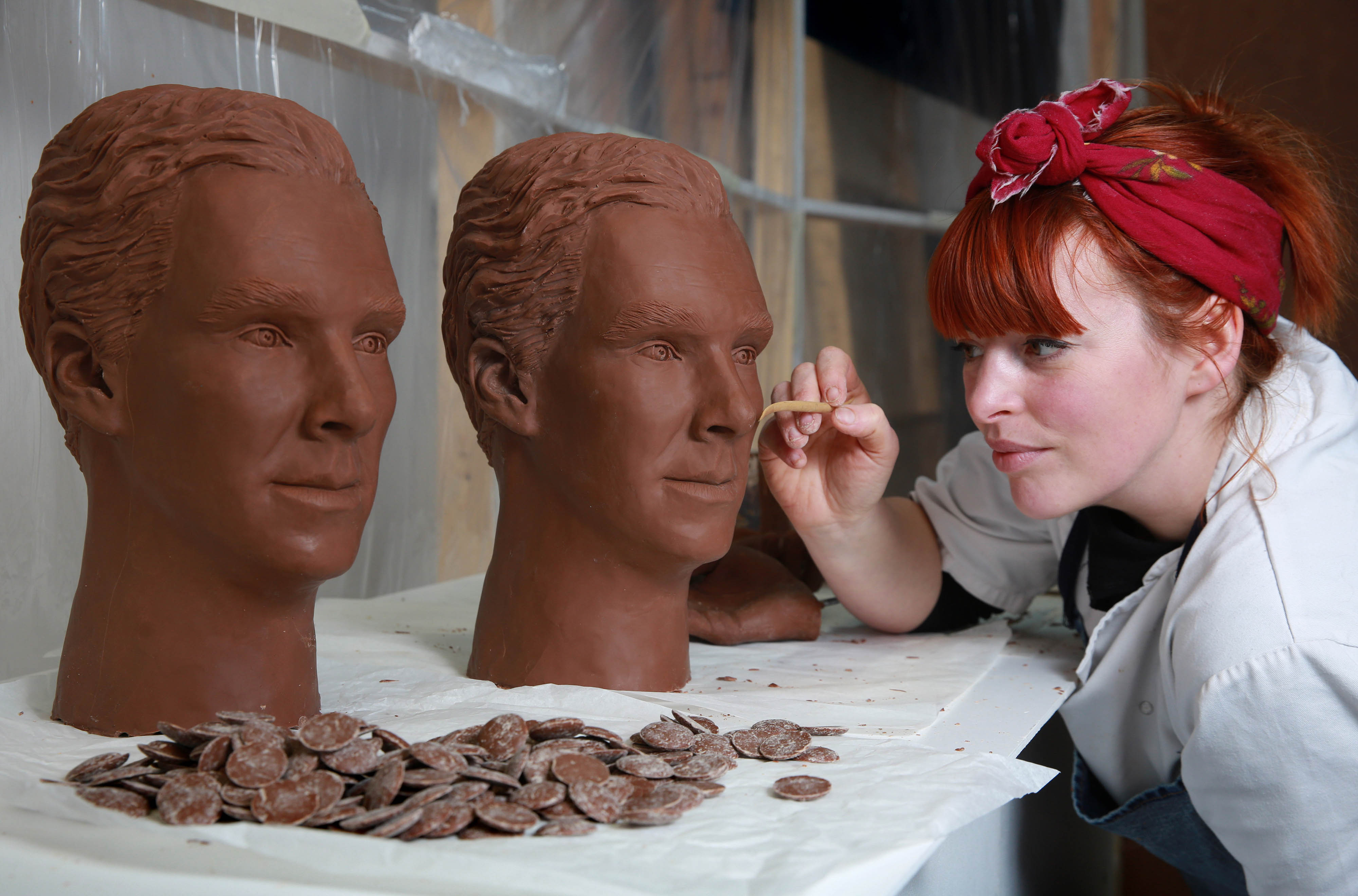 A suited and booted homage was chosen to reflect the star’s numerous red carpet appearances over the last year and a base model was painstakingly sculpted before the final model was cast entirely out of luxuriously thick, hollow Belgian milk chocolate – weighing in at 40kg. Once the chocolate had set, the team perfected and defined Benedict’s distinctive features, to ensure the star looked red carpet ready. 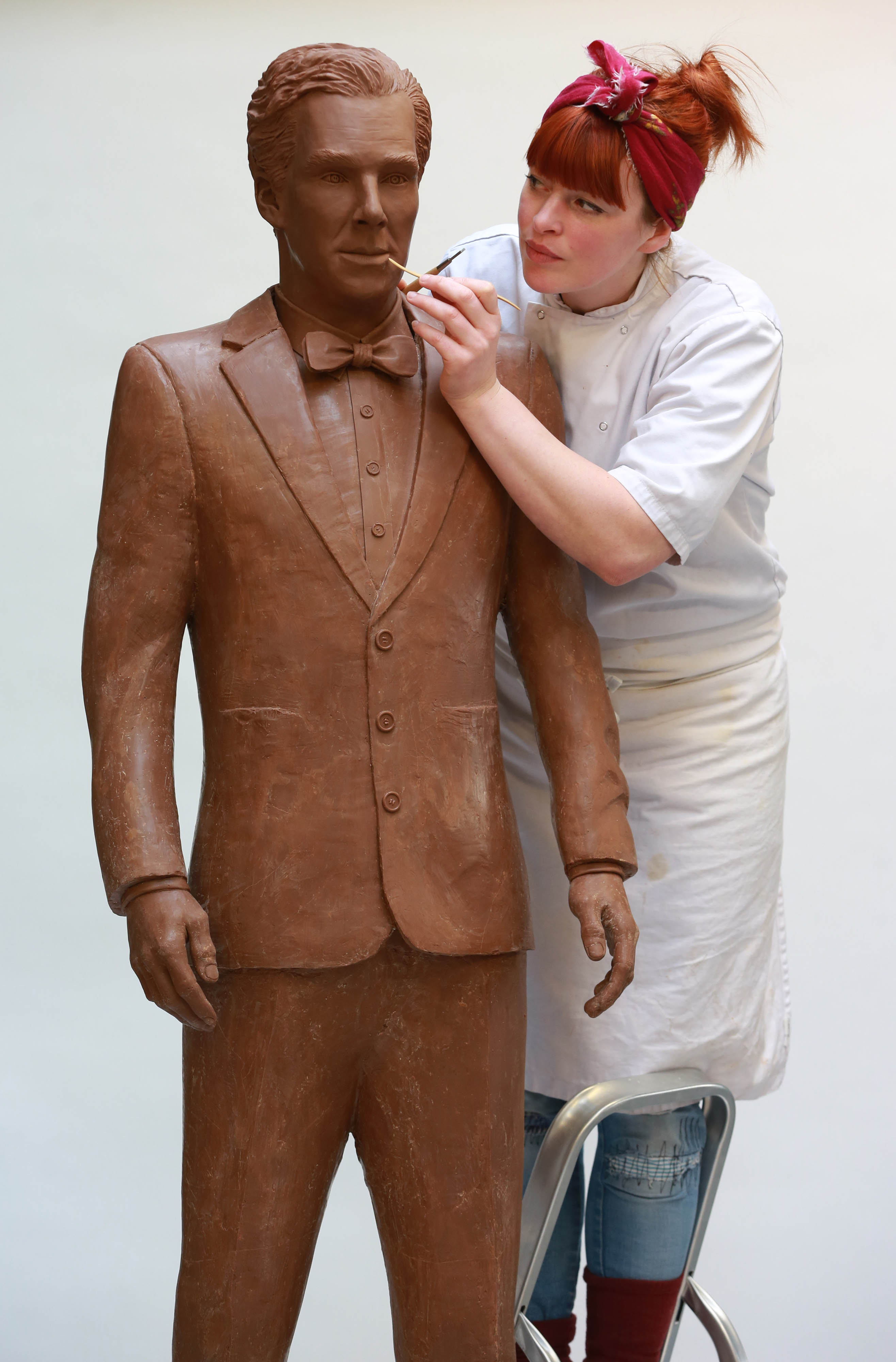 Lead sculptor Tim Simpson said: “You can’t rush perfection. Benedict has such a distinctive look that it was a challenge but a pleasure, to recreate him in chocolate. A secret combination of methods ensured we got a great likeness – we’re sure his legions of fans will approve!” 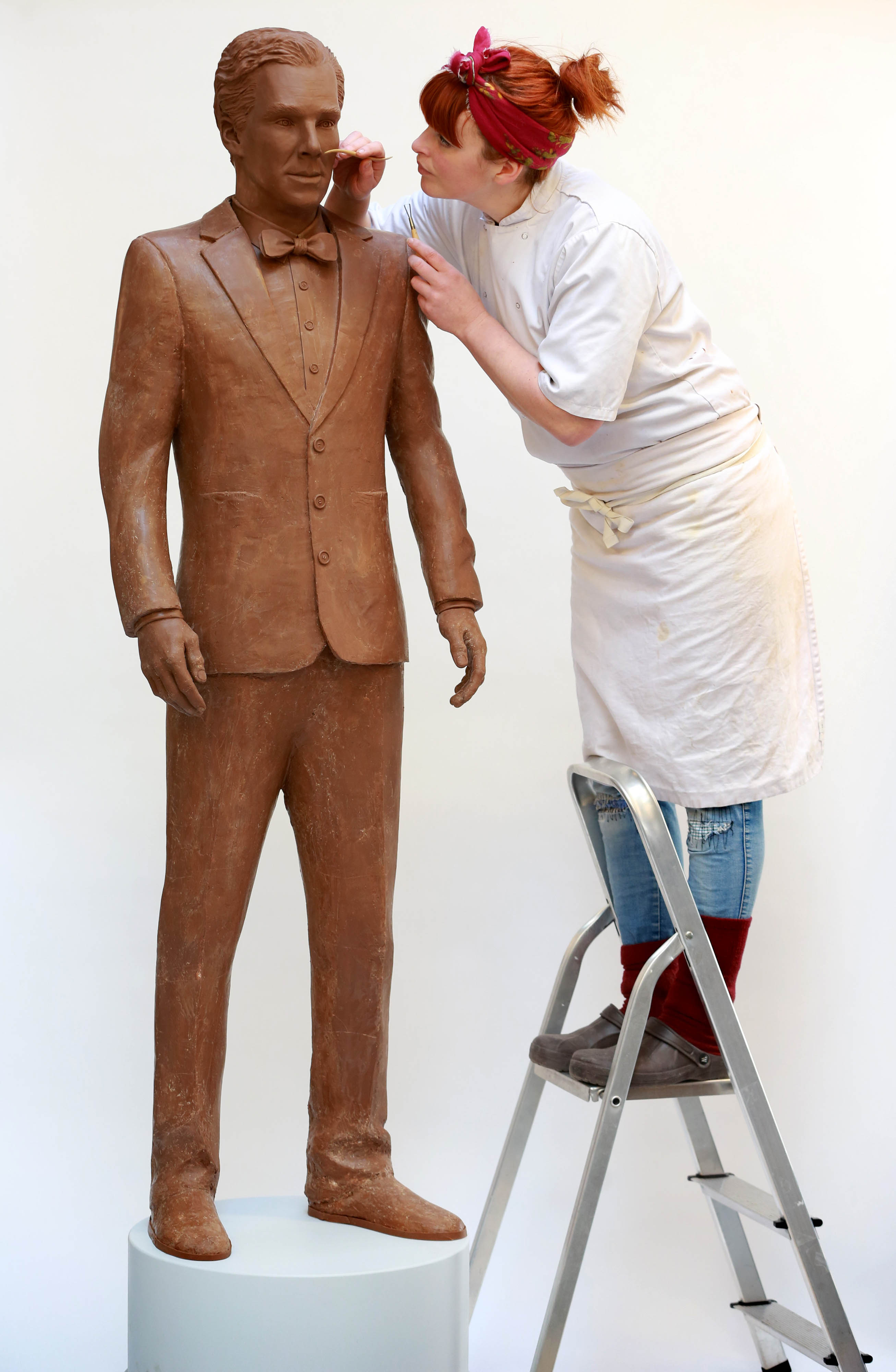 Benedict Cumberbatch will next be seen on Drama in Silent Witness, 12th April at 9pm, whilst James Nesbitt and Rupert Penry-Jones also feature this season. Sean Bean stars in Sharpe, which is on the channel this summer. Viewers will be able to enjoy watching Damian Lewis in The Forsyte Saga and David Tennant in United on uktvplay.co.uk from today. 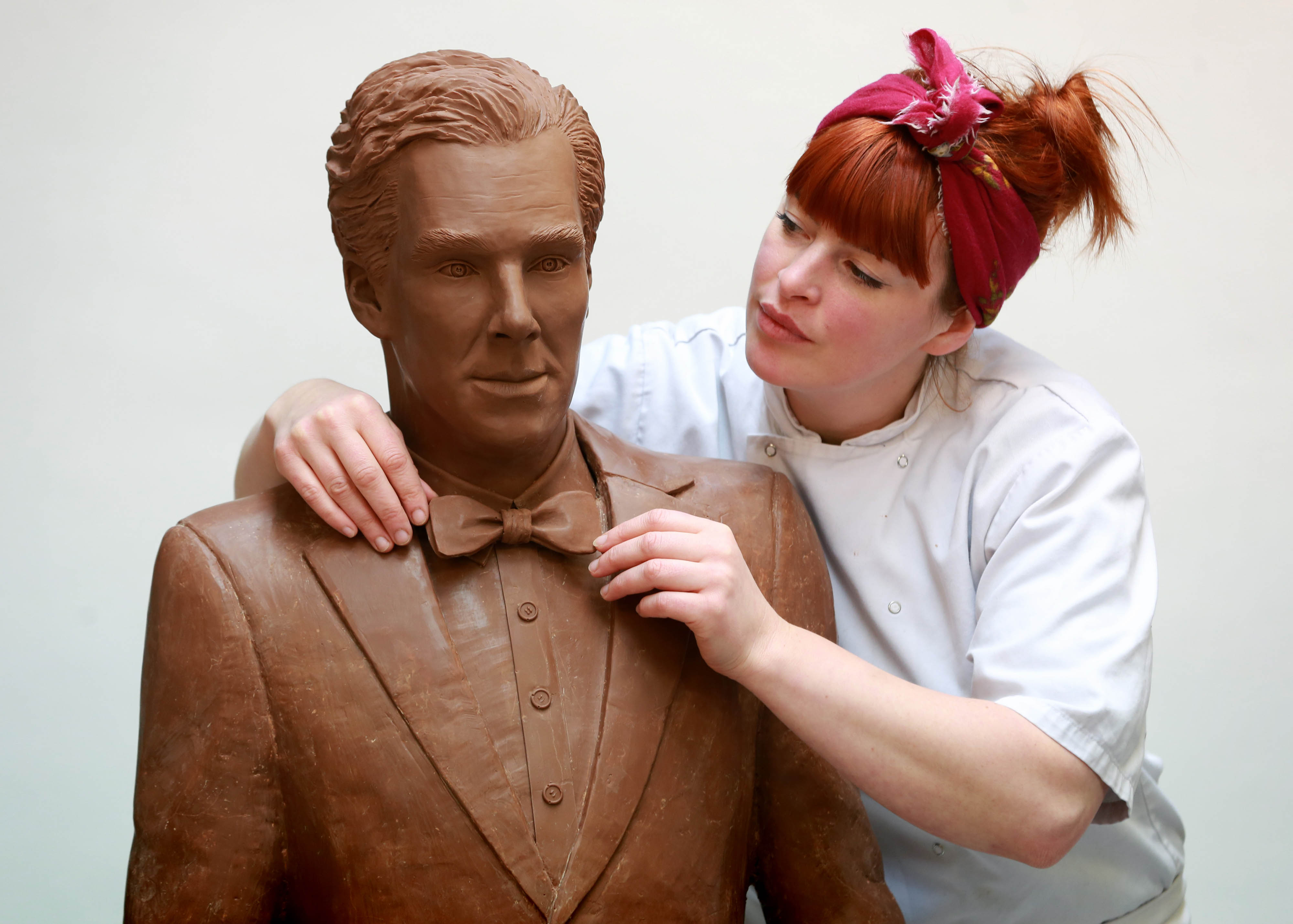 Adrian Wills, General Manager of Drama said: “With Drama launching on UKTV Play this Easter, it was the perfect opportunity to pay homage to the fantastic talent we have on the channel, including of course, Benedict Cumberbatch. Hopefully he’ll make it through Easter weekend in one piece.” 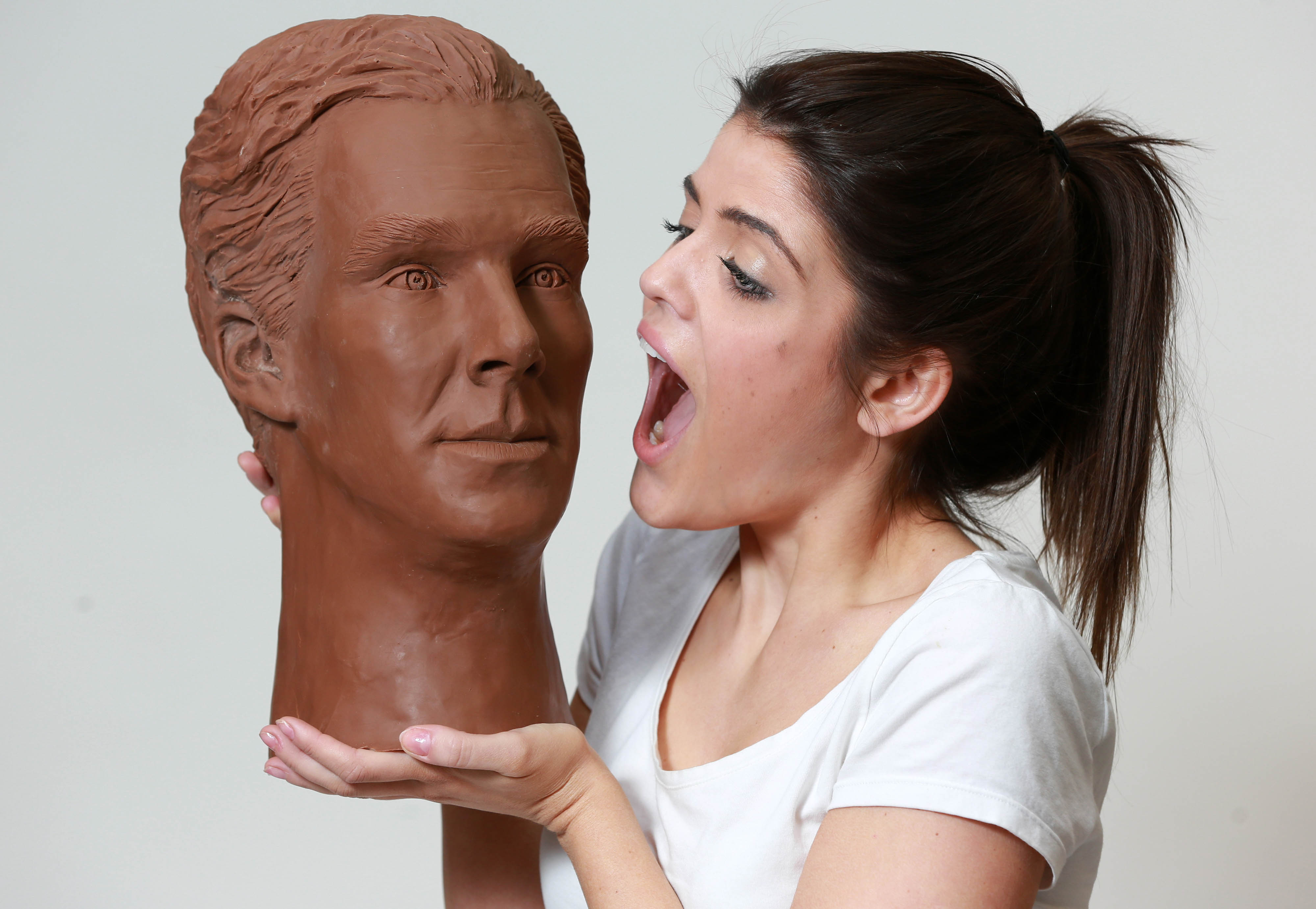 A life-size sculpture of Benedict Cumberbatch made out of chocolate was unveiled today to celebrate the launch of Drama on UKTV’s on demand service uktvplay.co.uk from 1st April.

The sculpture will be at Westfield Stratford City on Friday 3rd April. To follow the action, use the hashtag #chocobatch

YOU CAN PLAY PAC-MAN ON GOOGLE MAPS