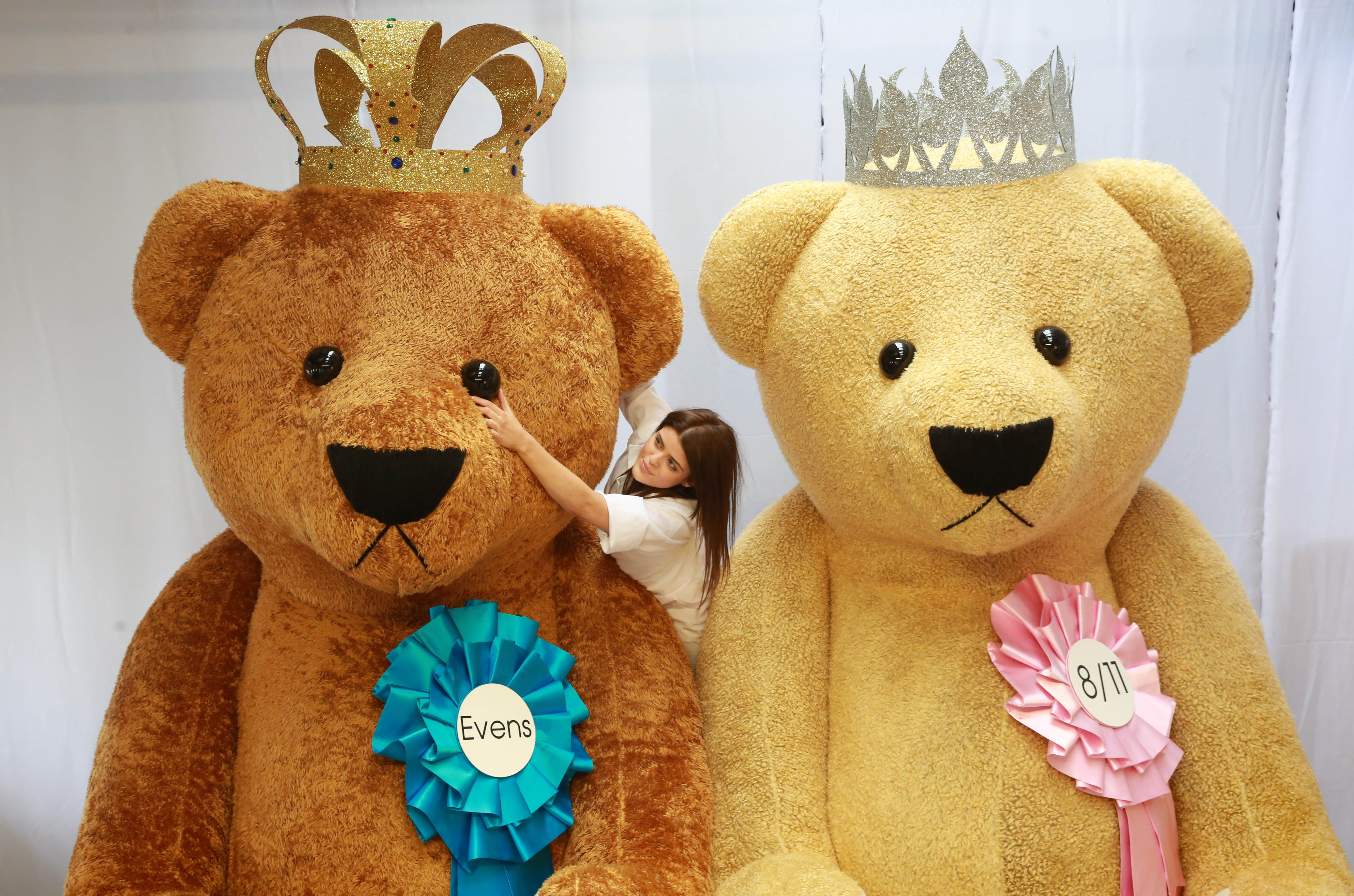 Commuters and tourists in the Capital were left stunned as the 10ft furry duo were spotted touring London, visiting landmarks including Buckingham Palace and The Houses of Parliament. The bears, one boy and one girl, each sported a crown and tiara respectively, and bore the odds on whether Prince George would be welcoming a younger brother (evens) or sister (8/11) to the House of Windsor. 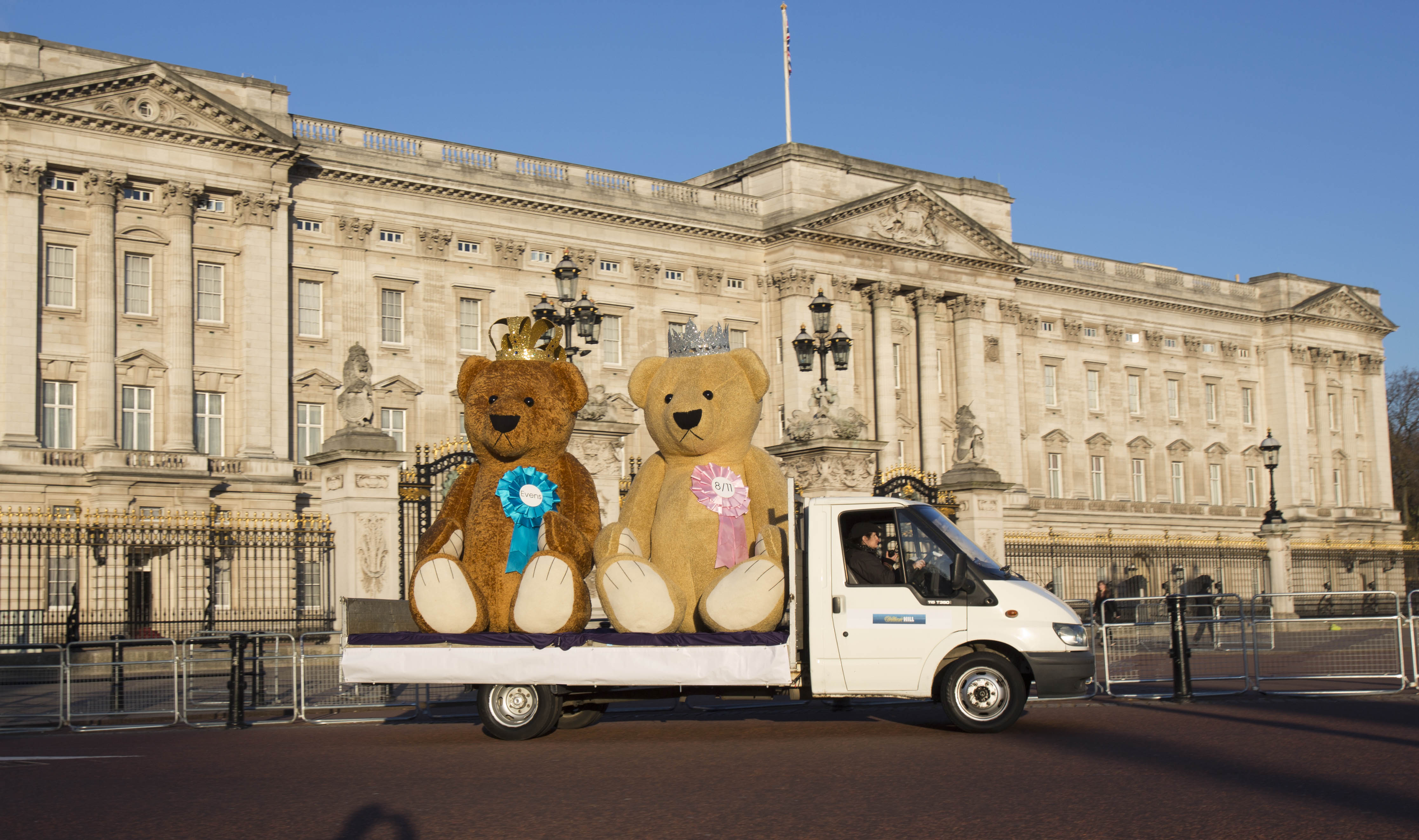 Britain’s biggest bookmaker, William Hill created the bears to celebrate the arrival of the second royal baby. The giant bears, which measure almost 5 metres tall when standing, were made from fur and cotton and took a team of sculptors and fabricators over two months to design, stuff and sew.

Aside from the sex of the new royal, the baby’s name is the subject of much conversation and William Hill have slashed the odds to 14/1 from 2/1 for the baby to be named Alice if it’s a girl and 14/1 for a boy named James. 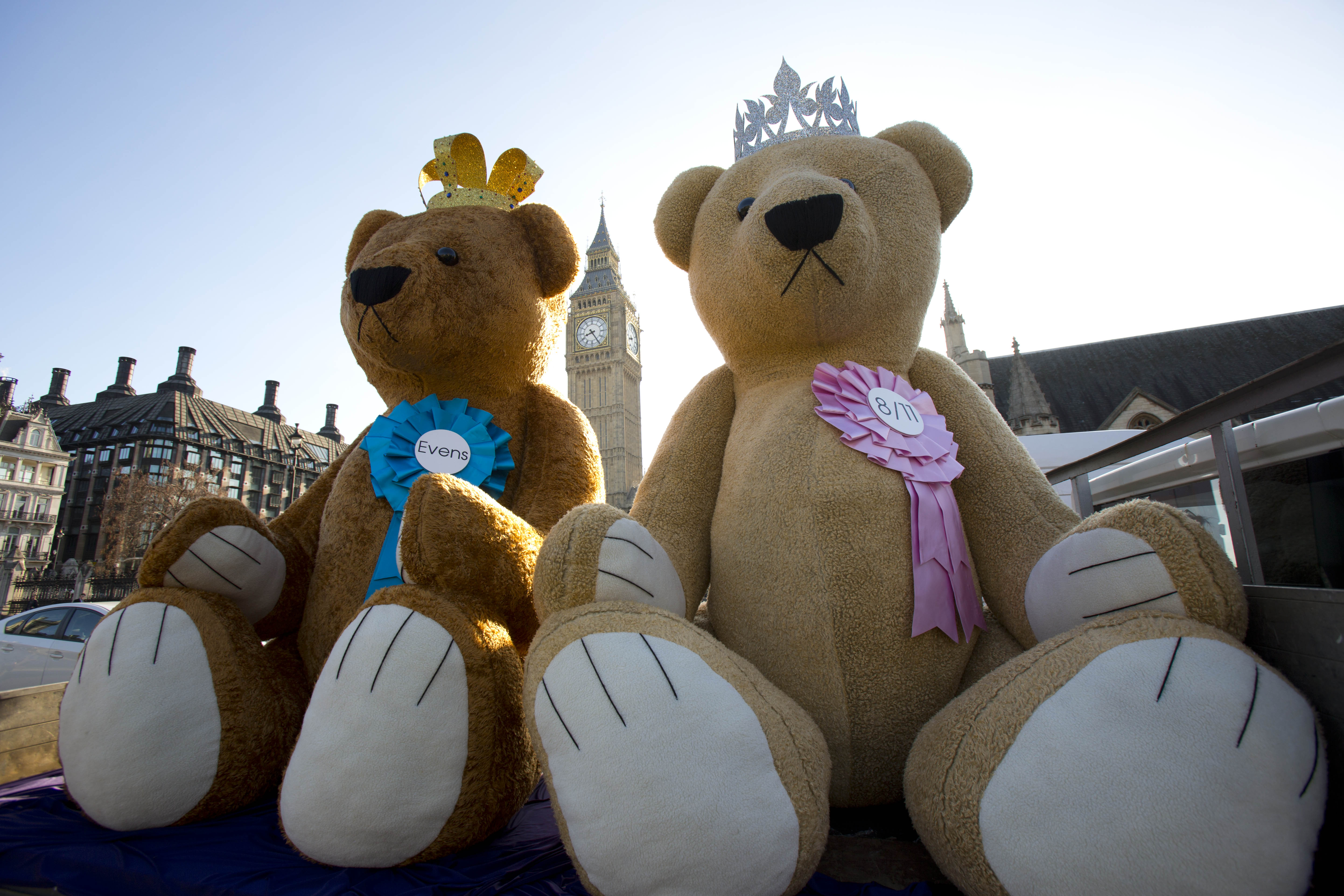 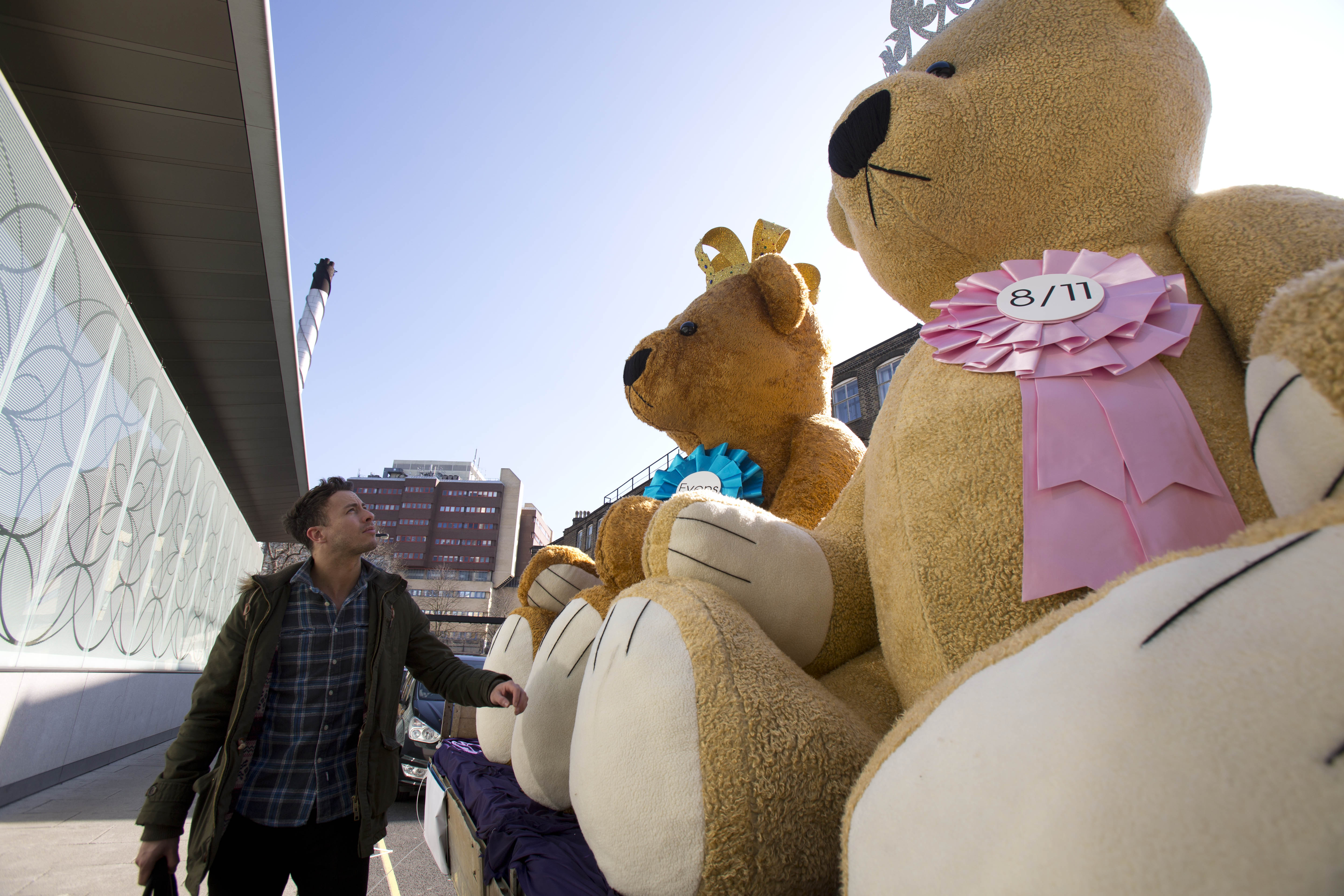 William Hill spokesperson Rupert Adams comments: “We wanted to do something spectacular to show our excitement for the latest addition to the royal family. Royal baby fever has gripped the nation and punters are buzzing to find out whether it is a boy or a girl. The smart money is on a baby girl by the name of Alice born on the same day as her great-grandmother Queen Elizabeth – April 21st.

These giant teddy bears should catch the eye of William, Kate and baby George as well as the customers who can now find out the latest odds on everything from the baby’s name to its weight.” 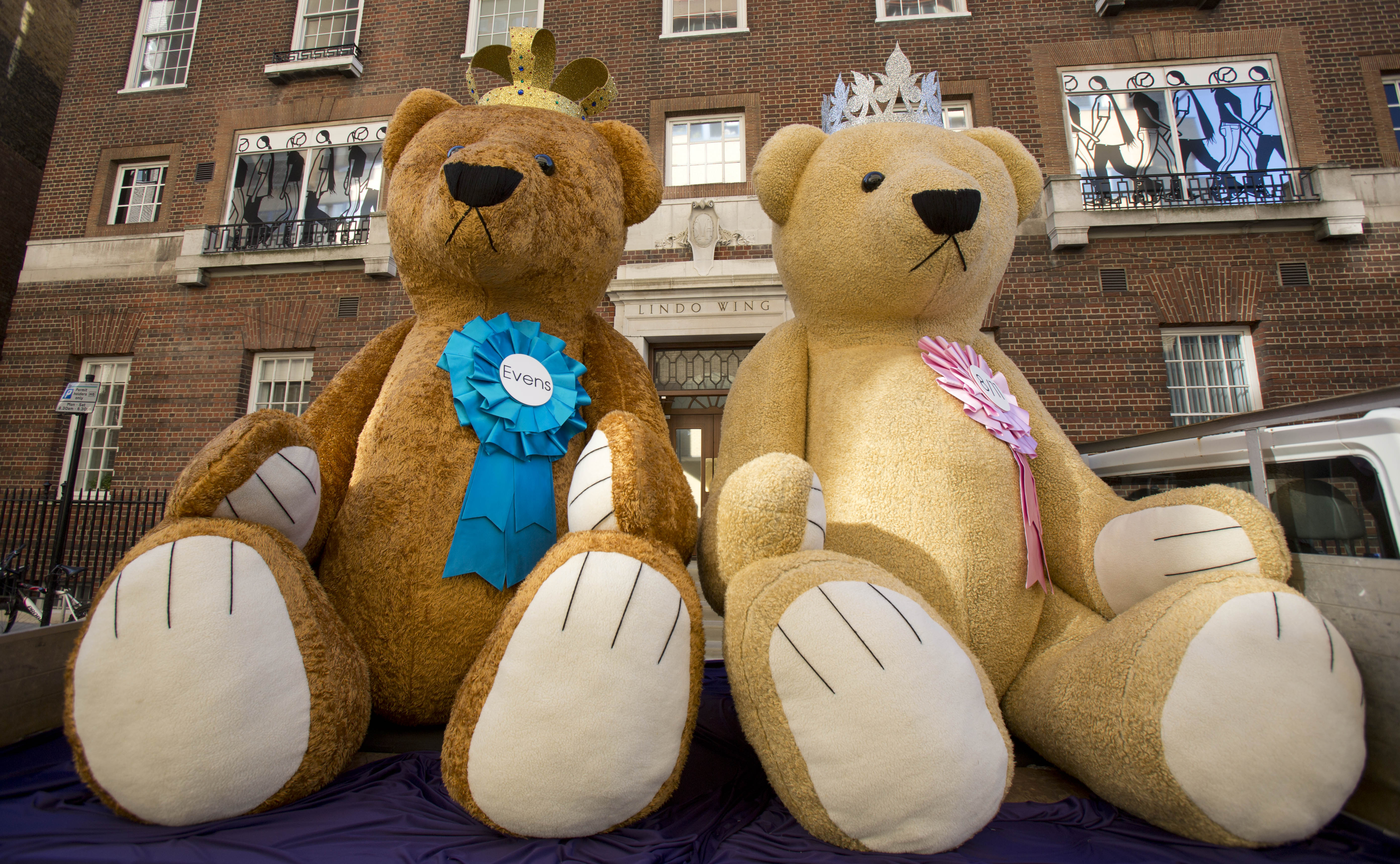 The enormous cuddly creations arrived at Buckingham Palace before heading on to the Houses of Parliament, and Kensington Palace. The final destination on the procession was St Mary’s hospital where the new royal baby will eventually be welcomed into the world.

The bookmakers are offering the bears as a present to Prince William and the Duchess of Cambridge, as the perfect first teddies for their new arrival.