The Valleys: An Eye Popping Roadside Welcome To Wales.

LONDON, Monday 24th February 2014: MTV has given the traditional ‘Welcome to Wales’ road signs a witty makeover to mark the new series of the smash hit reality show  The Valleys. 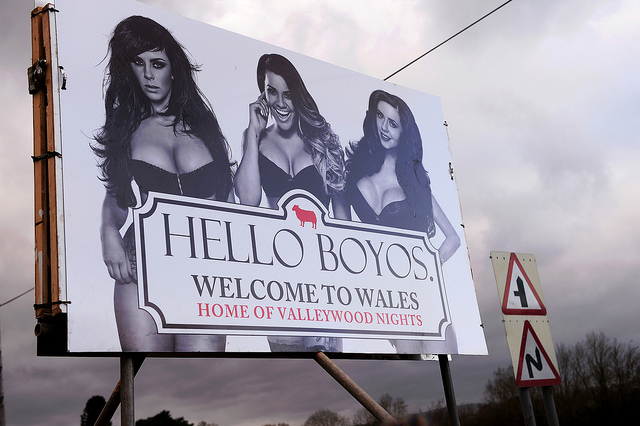 The sexy pop-ups feature a unique driver-friendly ‘double sided’ cheeky design that allows a 360 view of the shows best assets, which can best be appreciated via passing drivers wing mirrors. 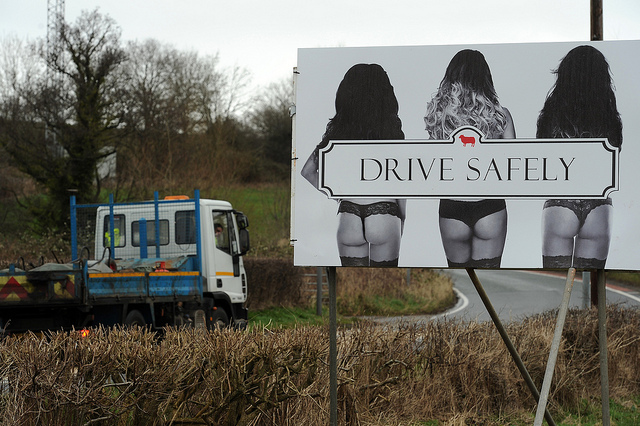 The striking design is being trialled on the A465 on the Welsh boarder and is planned to be rolled at several crossings into Wales later this week in advance of the new series airing. 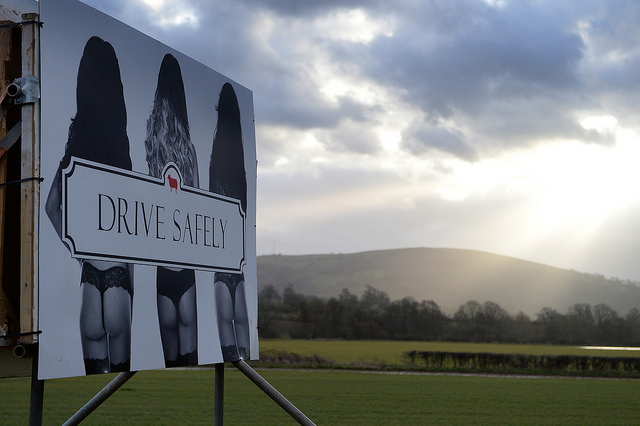 “We wanted to extend a warm Welsh welcome to everyone entering the country and put an entertaining spin on the boring traditional signs that clog up our roads. I hope we succeed in putting a smile on the faces of passers by and if people like what they see then they can see a lot more by tuning into The Valleys on MTV! We plan to roll out our sexy road-side marketing campaign across the Welsh border in the run up to the first episode’.

The Valleys is the smash hit home grown reality show from MTV. It follows youngsters from the South Wales Valleys as they move to Cardiff to live out their dreams and has been described as the ‘most outrageous’ show on British television. The Valleys season 3 premieres on Tuesday 25th February at 10pm on MTV. 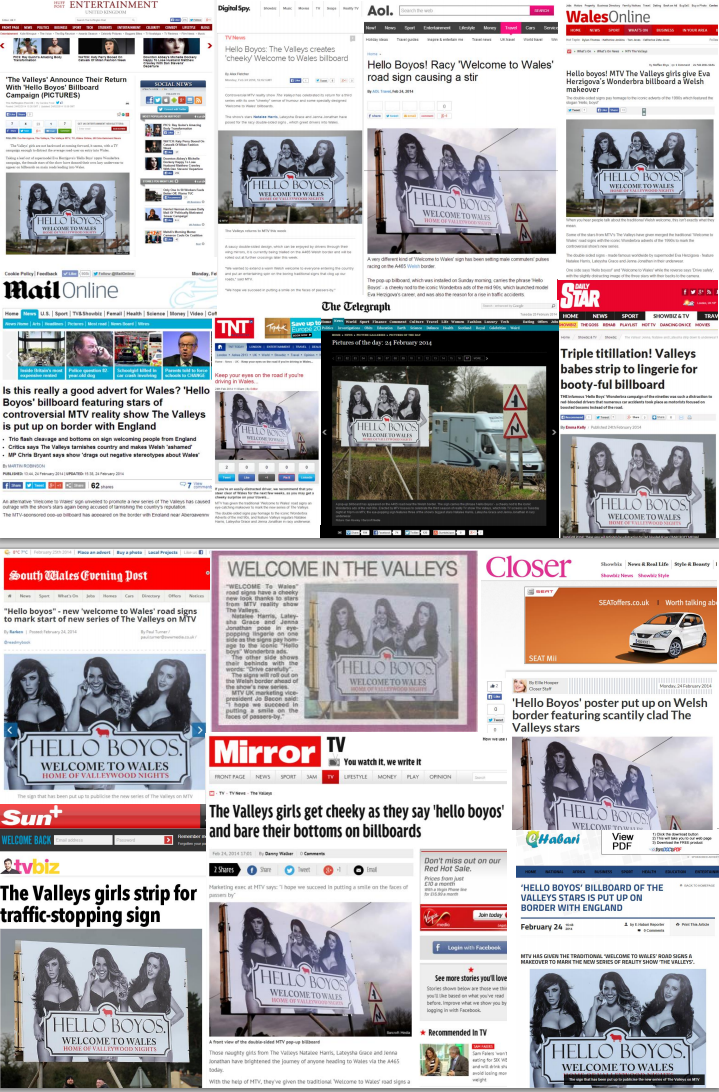 FUBAR Radio - the first uncensored radio network in the UK