The world of stunts and earned media has long been tied with videogames. Publishers with smaller budgets are, and were, looking for anything to cut through the noise and make an impression and, hopefully, earn some column inches.

Here’s a look at some of our favourite videogame PR stunts and, as usual, if there’s any you’ve loved or feel we’ve missed then let us know in the comments.

The Playstation (yes, the original grey box) turned 20 in 2014. Aside from making me feel exceptionally old it also gave Sony an amazing opportunity to seize upon nostalgia to create some amazing videos to celebrate the milestone.

The first is a retro pop up in Liverpool Street that, complete with 90s editing techniques and some very retro outfits from the Playstation Access team, offered a load of merchandise and goods that was distinctly 90s.

The second video is an advert (but also a guilty pleasure so try stopping me) highlighting the 20 years that Playstation has been for the gamers.

For the launch of Mercenaries 2, the mega publisher EA decided to offer fans something for free. EA teamed up with a petrol station in London to offer free petrol, up to a value of £40, “until we run out.” 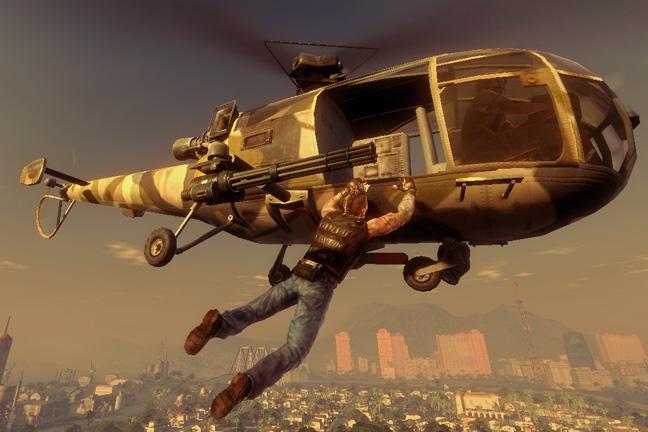 Complaints were lodged, roads were gridlocked, tempers were frayed and a local Lib Dem MP was forced to comment on it; all the hallmarks of a great PR stunt.

Another sadly closed studio is the team at Disney responsible for the toys to life game Disney Infinity.

To launch the 2.0 version of the game Disney commissioned some incredibly well done projections on and around London landmarks.

I like a combination of the subtle and the loud in my PR stunts. The loud? Make a human butcher shop to promote your upcoming game (Resident Evil 6). The subtle? Name it after a character only fans of the series will understand. 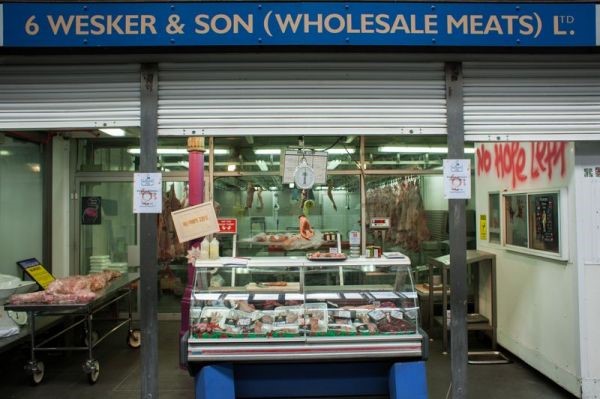 The stunt itself was pretty gruesome, but the food was all completely edible and very, very human like.

All proceeds from the stunt went to the Limbless Association, which provides information and support to the limb-loss community. A great idea, brilliant execution and something for charity as well.

This one is less stunt and more a perfect execution of a press launch event. Uncharted 4 from Naughty Dog and Sony has been one of the biggest games of the year so far and the launch event had everything that a launch of such magnitude needed.

A gorgeous venue on the outskirts of Rome? Check. Talks from the creators? Yep. Interviews with the cast? You got it. Add to that experiential activities like combat, self-defence, climbing, an auction and a banquet dinner in the castle hall and you have just about the perfect launch event.

Acclaim will pay your speeding ticket

The sadly shuttered Acclaim feature a number of times on this list; from the irresponsible to the hilarious. The first entry is for Burnout 2 – a high octane, fast paced racing game where brakes are secondary. 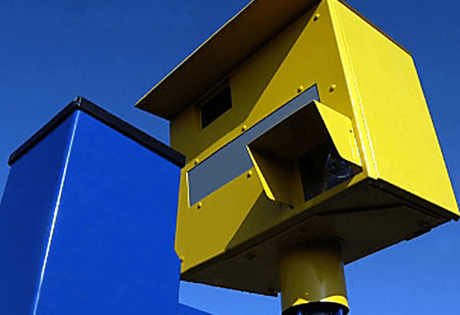 Acclaim offered to pay for every single speeding ticket accrued in London on the day of the game’s release.

The police intervened, the tabloids were furious and valuable column inches were earned.

Dante’s epic poem The Divine Comedy isn’t usually a source of inspiration for many games. Dante’s Inferno, from EA, bucked the trend and made an ultra-violent, religiously themed game. 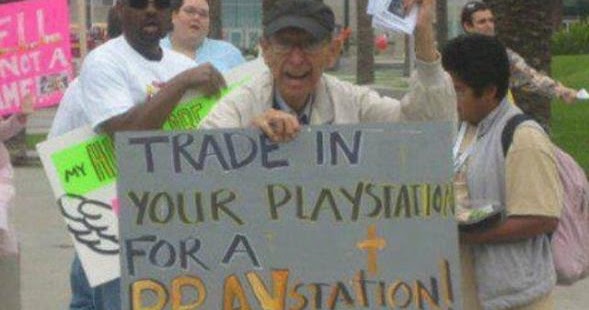 That kind of inflammatory material was sure to attract protests – be they in print or in person – so EA decided to beat people to the punch and employ a load of extras to protest their game. “Trade your Playstation for a Praystation” being a particularly catchy punchline from the protestors as well.

THQ, another publisher to sadly close its doors, had a long track record of PR stunts to promote their games. Some good, some bad, all interesting. 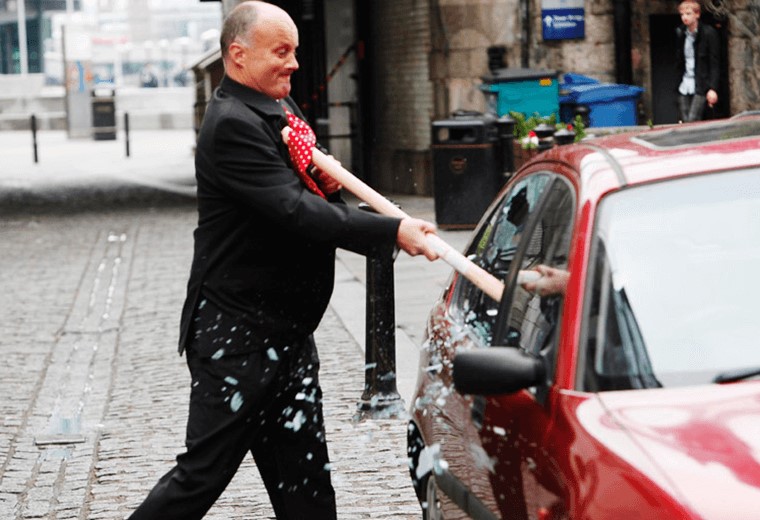 To promote the launch of Red Faction: Guerrilla (a game about using an enormous hammer, among other things, to smash up the Red Planet) “accidentally” left a load of copies of the game in cars around the city. People were encouraged to pick up the handy hammers nearby and smash their way to the game.

I know we can’t have favourites in these lists, but if I did then this would certainly be close to the top. Another from the Acclaim and SEGA wheelhouse, they were looking to promote the launch of Virtua Tennis 2 – which happened to be launching around the time of that year’s Wimbledon. 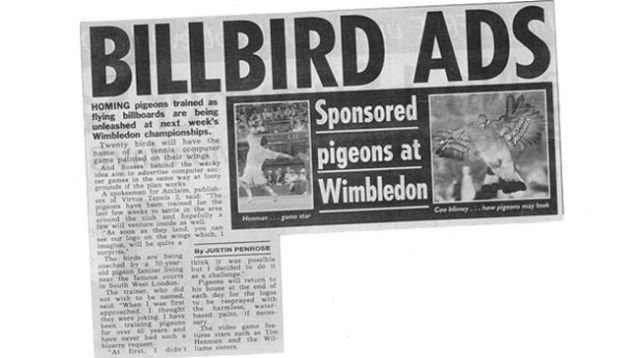 Wimbledon is famous for pigeons flying onto the courts, so the brains behind this stunt thought about advertising on the sides of pigeons. Naturally – outrage was caused. Wimbledon issues a press release saying they were training hawks to hunt and kill pigeons around the courts. Both widespread and free coverage thanks to a Wimbledon press release as well. A huge success.

Back in the day a simple picture of Lara Croft would have given you the front cover of a glossy mag, but such is the shift in the media landscape that the once most famous icon in gaming now has to be involved in even more creative ways to get coverage.

That’s exactly what Square Enix did for the launch of Lara Croft GO.

Teaming up with TFL and The Metro newspaper, they hid passwords in the paper and saw a load of Lara Croft lookalikes sprinting, diving, rolling and general Tomb Raiding on the tube during the rush hour.

Savvy people who spotted the password in the paper could say that secret word to one of the Lara’s to get a free iPad mini. Great reward, cool pictures and a great way to get people hooked in.

Back in 2007 God of War II launched to enormous critical acclaim. Tightly designed, visually gorgeous and a load of fun. The game, rated 18, quickly drew attention for its intense scenes of violence. Sony’s PR campaign certainly matched the tone of the game as they launched a God of War themed party – complete with a freshly killed (and still warm) goat. 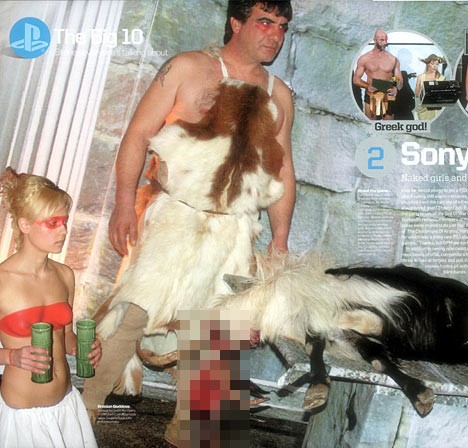 The Mail were furious, Sony recalled the entire print run of Official Playstation Magazine and apologised unreservedly. A splash was certainly made, but maybe Sony went a little too far on this one.

Big things causing a ruckus in London is a classic way to draw attention to your products. EA, for the launch of Battlefield 3, decided to drive an enormous tank through the streets of London. Nothing subtle about this one, but it definitely achieved the desired effect.

Destiny launched a couple of years ago to enormous success. The flagship PR stunt to promote the launch was a great idea (though perhaps topped by the next entry in the list).

The Traveller, an iconic image to all Destiny players, was recreated by the team and launched into space. Check out the video to see what you think:

Similar to the above effort, EA launched a number of copies of Mass Effect 3 into space in a dramatic PR stunt. The twist? They then encouraged players to track down the copies of the game using GPS. It was extremely ambitious but, again, by using their audience in an interesting and engaging way the stunt got more traction than it might have otherwise.

The first Warner Bros title on our list and the second experiential. The team, using a set from Christopher Nolan’s Batman films, created a haunting space for journalists to come and play the first section of the latest game in the Batman series. 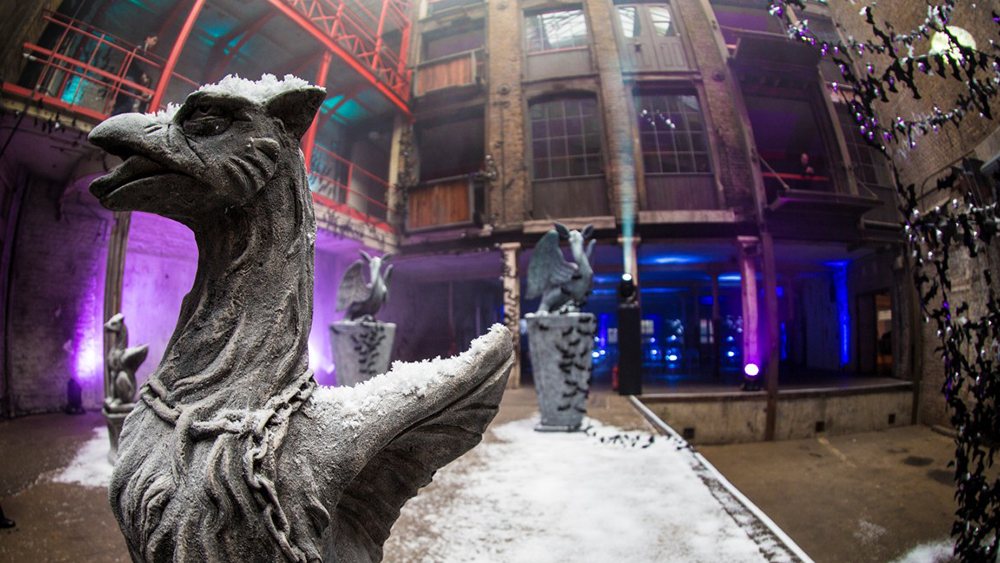 Win an island with Just Cause 3

Just Cause is big, brash and very loud. It’s only fitting that PR stunts associated with the game are equally as massive. Square Enix came up with the idea that if you pre-ordered the exclusive “Day One” edition of the game you were entered into a prize draw to win an island with the value of $50,000 (or that value in cash).

It’s an outrageous pre-ordering bonus, but not the most outrageous on this list…

This is the most outrageous thing to pre-order on the list. The $1,000,000 edition (yes, you read that right) from Deep Silver to promote Saints Row IV contains a whole load of stuff. The headline piece was a “dubstep gun” – or at least that’s what GAME promoted in store.

It also contained a space flight, a Lamborghini and plastic surgery (among others).

Nothing has topped this edition since.
PT

This is one of the most unusual PR stunts on the list; it’s a game. Konami released PT during E3 2015 and the internet set alight. This gorgeous, terrifying first person exploration game saw you walk the same corridor over and over again.

There were minor detail changes each time, and each more terrifying than the last. The puzzles were so subtle that it took gamers ages to find that PT (playable teaser) was a sneak peak of the new Silent Hill title; one of the most famous horror franchises in the world. A stroke of genius on all fronts.

This is one of the more unusual brand partnerships for a product launch. Dark Souls, a series famed for being hard as nails, decided the best way to demonstrate that was to team up with MEATliquor – provider of extremely hot chicken wings.

Diners were challenged to eat 20 such wings as fast as possible to win a t shirt, Playstation 4 and a copy of the latest game in the series; Dark Souls 3.

People had to sign a waiver and wear a pair of gloves (and the Chef reportedly wears a mask and goggles).

This was long before Pokemon GO swept the world (and this office). The longest running (and best) videogame joke of all time was brought to life by Nintendo in partnership with TFL.

If you’ll allow: How do you get Pikachu onto a bus? 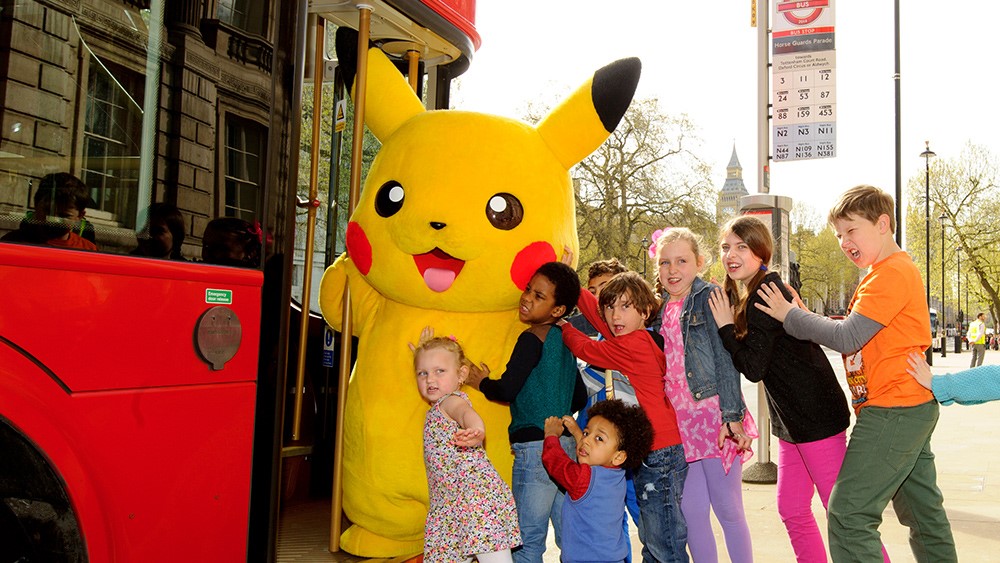 You poke him on.

A great picture, a great creative and a win for everyone involved.

You read that right. This was such an inventive piece of thinking that I couldn’t help but fall in love with this video when it was released. The Chuckle Brothers, of hilarious “to me to you” and moustache fame, “played” a real life version of Hitman.

As you can imagine, the results are hilarious and prove that even the most unlikely partnerships can still work with the right thought behind it.

Playstation and the OXO Tower

This stunt is so simple but so, so effective (and brilliant). The OXO tower, a famous landmark within London was re-appropriated by Playstation for the launch of the Playstation 4. The iconic OXO logo was coloured in Sony’s world famous icons: 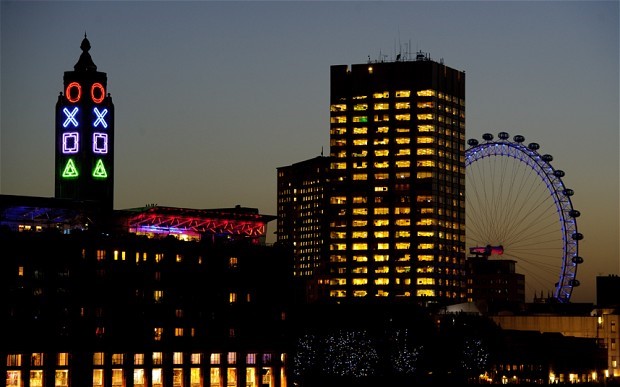