Despite London having a rather mild summer this year, the London underground system is notorious for being an extremely hot environment where a bottle of water is essential, as well as an extra spray of deodorant in anticipation of the heat!  Due to this, Currys PC World has teamed up with Dyson to create the ultimate fan installation to cool commuters down. 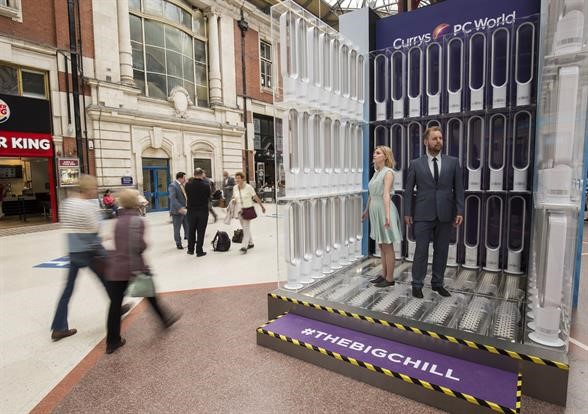 This fan has 88 Dyson fans all connected together to create one huge fan that has been placed in the centre of London Victoria Underground station for two days (August 3rd and 4th 2016) where commuters are invited to come and cool down in the fan as well as creating the perfect selfie opportunity!  #TheBigChill aims to promote Currys PC World’s cooling products including freezers, fridges and fans.

Skydiver: falls from the heavens