LONDON, Wednesday 29th October 2014: Londoners’ eyes were fixed upon the skies this morning as an angel with 8-foot black wings was suspended in front of St Paul’s Cathedral.

The stunning spectacle was achieved using 1.5mm thick ‘invisiwires’ normally reserved for Hollywood stunts and are barely visible to the human eye, creating the illusion that the angel was really flying down from the heavens. 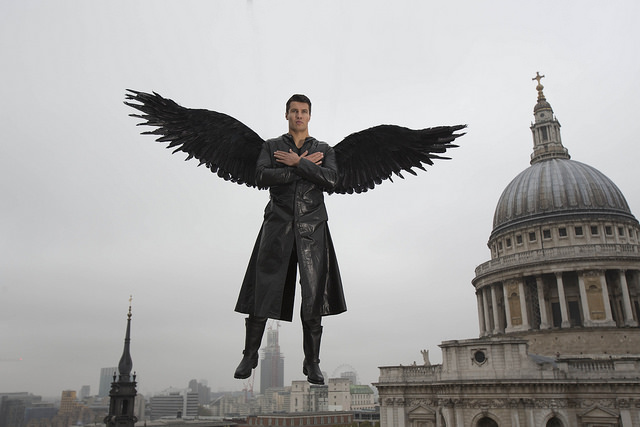 The wings, which were designed using 1200 real turkey, goose and duck feathers that were dyed black and glued to a bespoke frame, took a team of costume professionals 60 hours to build.

The sky-scraping scene was pulled off by a stunt team from Syfy to promote their new epic supernatural series, Dominion, which depicts Earth 25 years after God has disappeared, causing a battle between angels and humans to rage in the aftermath. 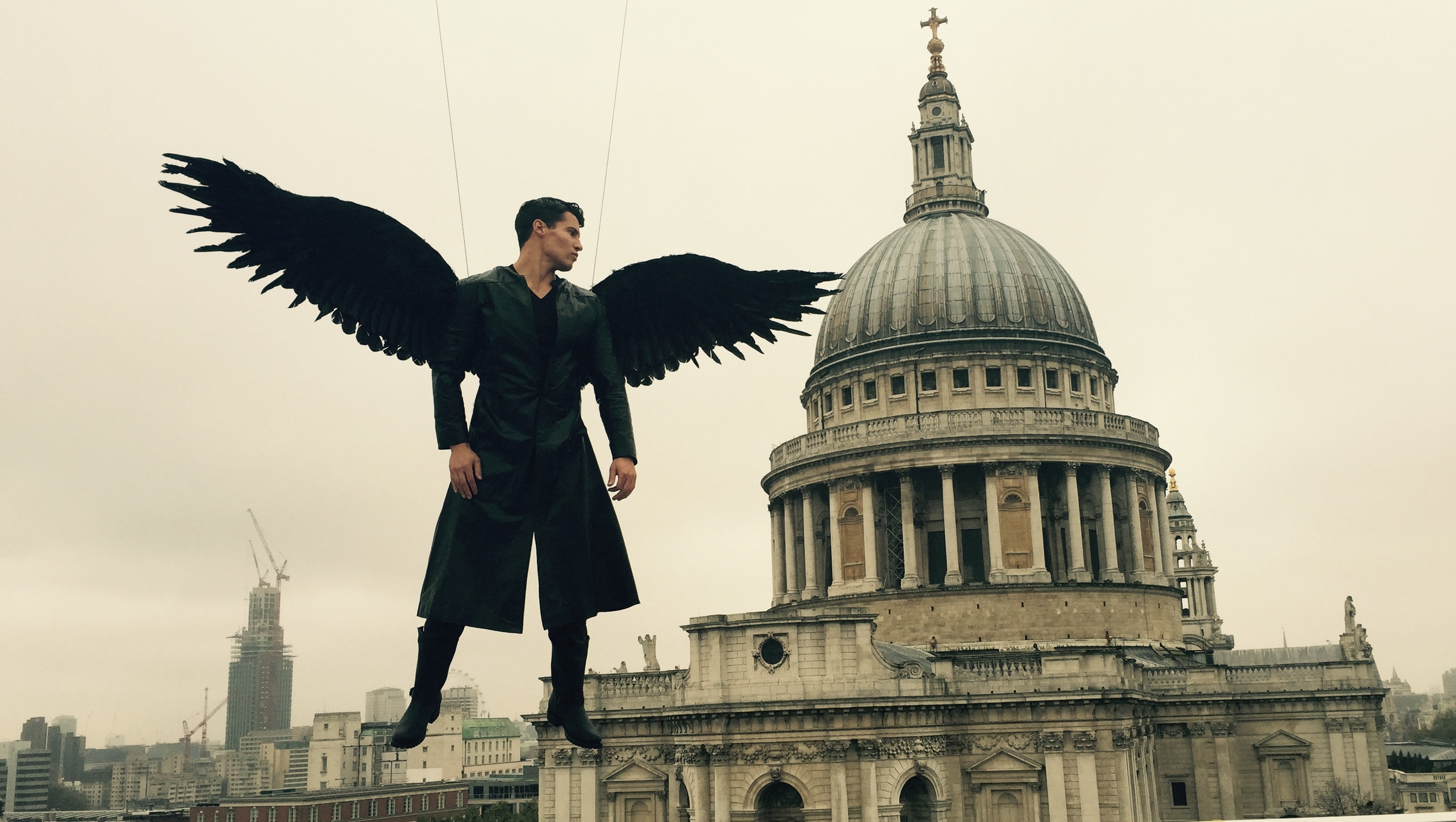 Under the cover of darkness, the team rigged a jib and harness from an adjacent rooftop to execute the elaborate display.

The daring stunt team then braced themselves against the weather and hoisted the angelic stuntman into the air, on top of the 6-storey building. And it seemed as though the heavens were on his side as he dangled perilously close to the edge of the roof, having to trust the team had secured him properly as the remnants of Hurricane Gonzalo caught his giant wings, enabling him to nearly take flight. 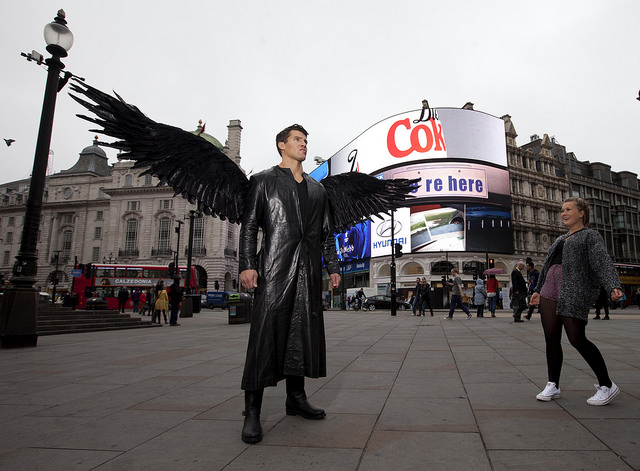 After gazing down on the commuters around St. Pauls, the angel spread his magnificent wings and was later spotted at other famous London landmarks.

Having spanned the width of the Millennium Bridge with his feathered appendages, he ended up in Piccadilly Circus next to the statue of a fellow heavenly being, the Greek god Eros.

Well, who can blame him for wanting a little reminder of home!

Dominion starts on Thursday 30 October at 10pm on Syfy