LONDON; Tuesday 4th November 2014: The annual London Pantomime Horse Race in December is one of the capital’s most unmissable and unique Christmas charity events.

On Sunday 14th December over 40 Panto horses (not to mention the odd cow and zebra) will take part in fantastically silly, fun-packed comedy race through the streets of Greenwich, all in the name of raising money for Demelza Children’s Hospice. 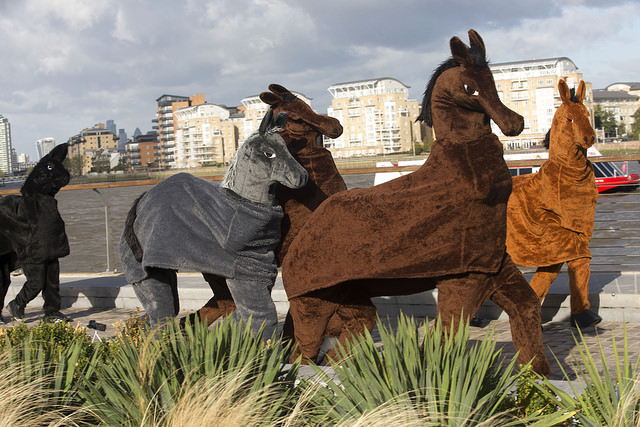 2014 will the biggest race to date with organisers hoping to sign-up over 40 horses to compete in the race.

The streets of Greenwich will be transformed into a course for comical, cantering ponies as they race from Devonport House stopping off at various pubs, before staggering to the finishing line. 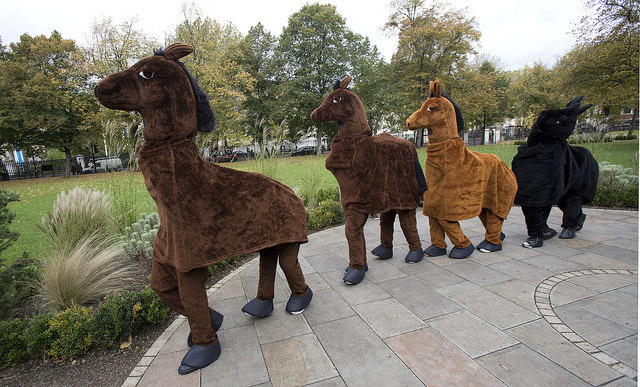 Now in its 5th year, the event takes on a special Science Fiction theme that will see dozens of cosplayers including Darth Vader, Princess Laia, Queen Amidala, an R2D2 unit and a battalion of Stormtroopers form a spectacular procession at the legendary Pre-race Ceremony. 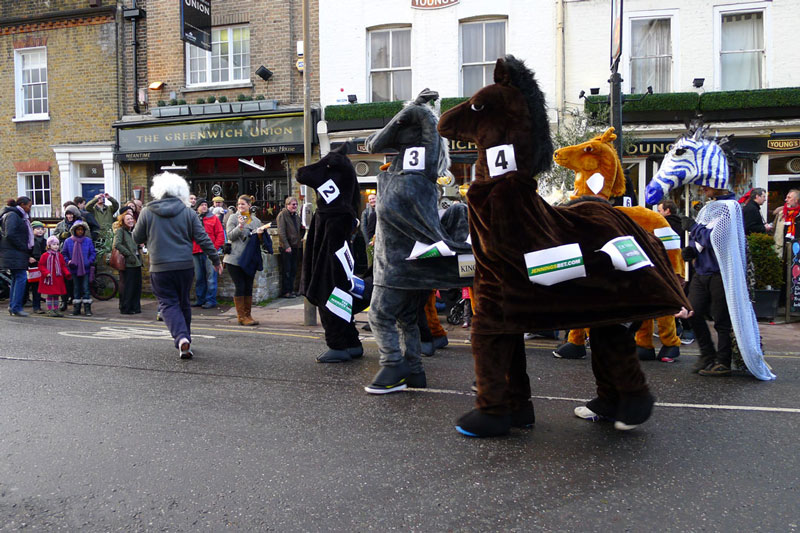 Details of live acts and special guests appearances will be released later this month. Thousands of supporters pack the streets to cheer on their favourite furry gee-gees and the event has attracted celebrity support from the likes of Arthur Smith, Harry Hill, and Bill Bailey.

International media have featured the race, delighting in the deliciously absurd sight of galloping pantomime horses accompanied by crowds of fans in bizarre fancy dress.

Once the horses have passed the winning post, there’s a lively post-race Christmas party to enjoy.

So far, the pantomime races have raised thousands for various charities.