You may have already seen Spotify’s latest advertising campaign which publicizes users’ listening habits in tube stations or on billboards, but if you haven’t, you’re in for a treat.

To wrap up 2016, Spotify has used data from their users and picked up on some of the most bizarre statistics – and is broadcasting them across the nation. 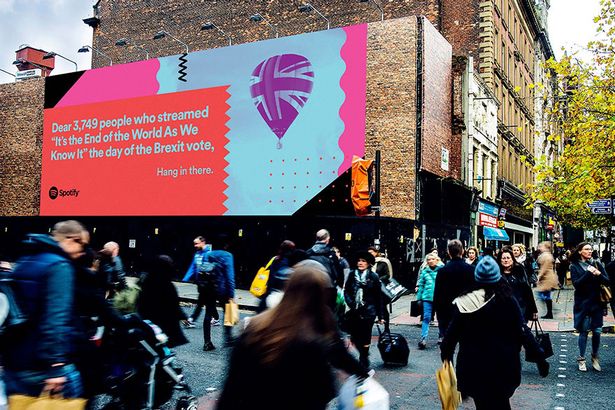 You read that right – “Dear 3,749 people who streamed ‘It’s the End of the World as We Know It’ the day of the Brexit vote. Hang in there.” 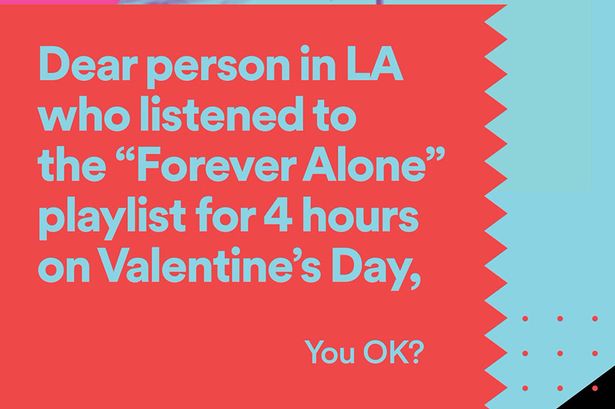 Up there with our favourites is “Dear person who made a playlist called: ‘One Night Stand With Jeb Bush Like He’s a Bond Girl in a European Casino.’ We have so many questions.”

Spotify CMO Seth Farban told Creativity that the idea was spurred by the interesting insights provided by its users.

“There has been some debate about whether big data is muting creativity in marketing, but we have turned that on its head. For us, data inspires and gives an insight into the emotion that people are expressing.”

As Spotify themselves have said in their tagline – “Thanks, 2016. It’s been weird.”