With so many innovative, interesting PR stunts around – it is becoming increasingly harder to get noticed by the masses.  However, a company that has not failed to spark international attraction is Samsung, with their Galaxy S7 Edge-themed billboard, erected in Sokol, Moscow. 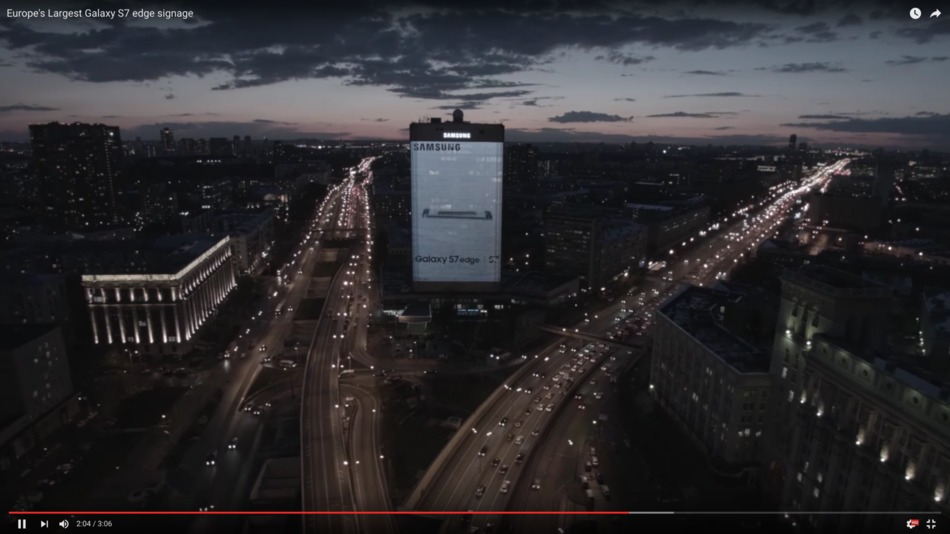 The 262.5 feet building acts as a backdrop to project the new technology, holding a 40 metre wide LED screen to emphasize its attributes. The phones digital capability is broadcasted alongside one of the busiest roads in Sokol, and can reportedly been seen from more than 1.3 miles away.

The campaign has gone viral, with multiple media outlets covering the unconventional advertisement. It seems Samsung Galaxy S7 Edge is not something to be missed.