Sometimes the smallest gestures go a long way in PR. Sometimes, away from the multi-million pound ad campaigns and experiential pop-ups, one small act from a handful of people can go a long way to generate great word of mouth and positive sentiment among fans and prospective purchasers. Blizzard, the developers of games such as World of Warcraft and the legendary Starcraft series, released a brand new title into the world yesterday; Overwatch. Bright and colourful, the game has attracted fans of all ages from all over the world – and has developed quite the fan art following.

One fan, a young girl called Ava Hickey, sent in her own drawing to Blizzard (via her Dad) of a character she would love to see in the game: 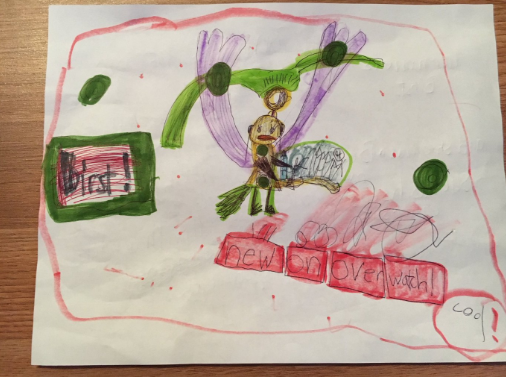 The character, Birst, also had a brief note attached describing what the character can do: 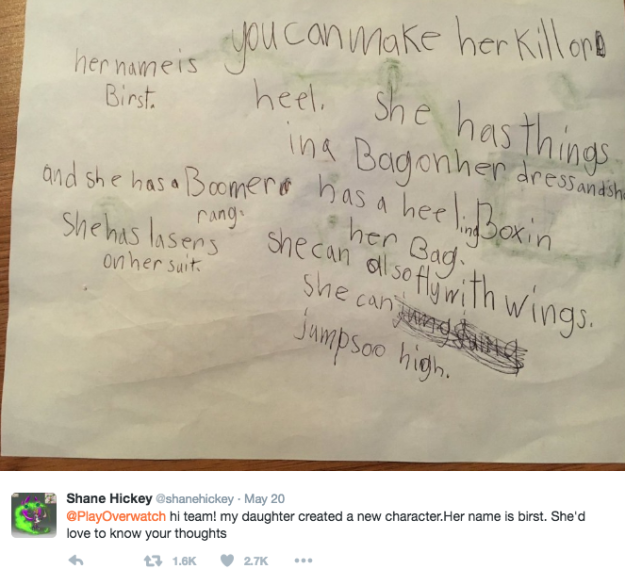 Her enthusiasm for the game has taken the internet by storm; with thousands liking and retweeting her proposal. The official Overwatch Twitter feed responded too:

That small token would have been enough for many companies, but it didn’t end there. The following day the Overwatch team responded again to Ava: 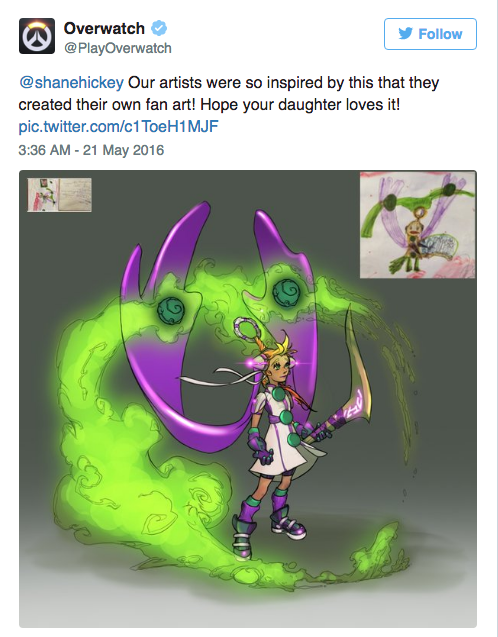 One of Blizzard’s artists recreated her character in his own style – again prompting a massive wave of noise on social media. The act has spawned numerous news stories (including Buzzfeed) and an enormous thread on Reddit discussing the character and how she might fit into the game, what abilities she might have and discussing Blizzard’s amazing act of generosity for a young fan. Away from all the amazing coverage this has got for their new product, it also gave us this beautiful video when Ava saw her drawing come to life. 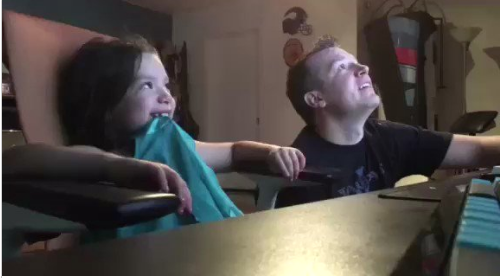 Proof, if any was needed, that great PR comes in all shapes and sizes.