To celebrate the 45th anniversary of Roger Hargreaves’ Mr Men, The Royal Mail have commissioned sets of collectible stamps displaying all your favourite characters from the series, including Mr Bump, Little Miss Sunshine and Mr Tickle.

Since 1971, the Mr Men and Little Miss series have sold over 100 million copies in 28 countries and are sure to be the ideal nostalgic companion for Royal Mail users. Roger Hargreaves’ son Adam, who took over the business after his father’s death in 1988, commented that his father ‘would be chuffed’ at the news and they hope that the stamps will ‘brighten up sending and receiving mail’. 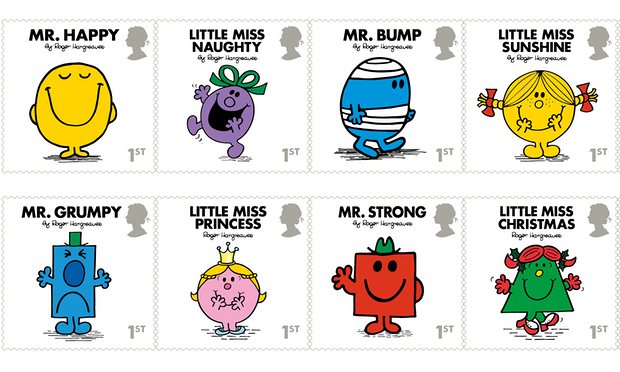 At 64p per stamp or £6.40 for the full set, full sell-out is expected quickly. The stamps will go on sale in Post Office branches nationwide and via the Royal Mail website for the next 12 months.