The O2 played hosts to some old friends today as five guitar heroes and a dancing-champion drummer leapt into the air in true rock and roll style.

That’s right, the McBusted boys are back, and after a whirl-wind arena tour which sold out the O2 last year, you could say they’re jumping for joy…literally.

The awesome six returned to the infamous dome, guitars and drumsticks in hand, to recreate the iconic air-kick that is now synonymous with all things McBusted.

After their amazing return last year, which delighted fans and critics alike, selling out 3 massive shows at the O2, the boys returned to the infamous venue and rocked out to celebrate the release of their new double-DVD ‘Tourplay and McBusted Live at the O2’, which goes on sale tomorrow, November 24. 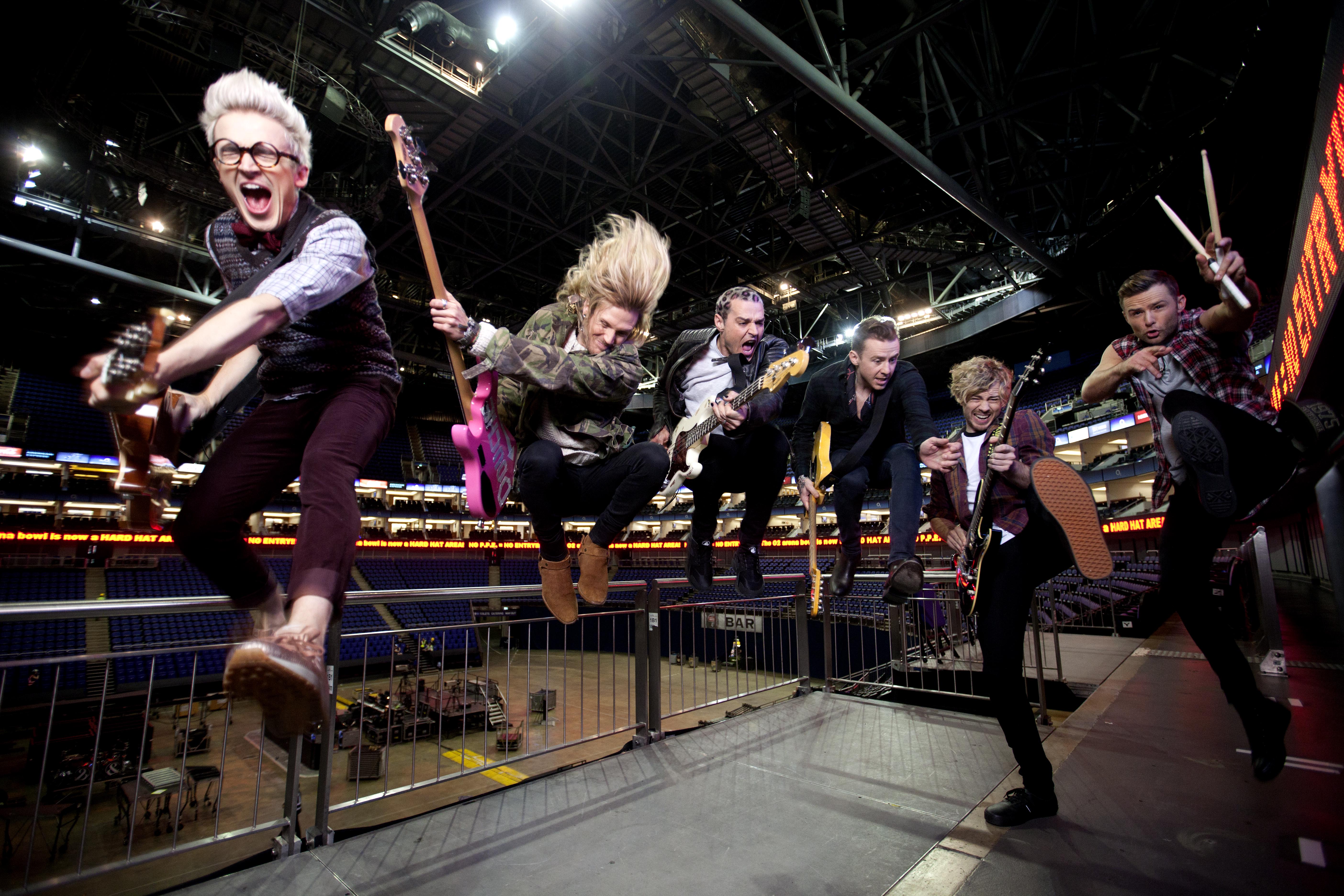 McBusted, one of the most successful bands of this year, never do anything by halves and their first DVD proves just that, featuring not one but TWO DVDs –TOURPLAY and MCBUSTED LIVE AT THE 02.

TOURPLAY is a film in its own right, offering unrestricted access to the band throughout one crazy summer on the road, as they packed out UK arenas. Tom, James, Danny, Harry, Matt and Dougie allow a behind the scenes view of one of the biggest musical events of recent years and a chance to get up close and personal in a series of endearingly honest and revealing interviews. This is a film that really gets under the skin of what it’s like to be part of the world’s ultimate supergroup.

LIVE AT THE 02 is your first class ticket back to the future, to THAT incredible performance by McBusted. For those who were there, it’s a chance to relive an unforgettable experience and for those who weren’t, it’s a ringside seat for a truly mind-blowing musical extravaganza. The tour didn’t just excite the fans but the whole music world. And nobody was disappointed, as the boys delivered…big time! Flying DeLoreans? CHECK. On stage fireworks? CHECK. Flames? CHECK. Three boobs? CHECK. Confetti canons? CHECK. And did we mention the guys descending from the sky on their very own flying saucer? Check that too.

As well as the utterly spectacular stage show there were the songs, storming renditions of their best-loved hits, from Busted’s ‘Year 3000’, ‘What I Go To School For’ and ‘Crashed the Wedding’ through to McFly’s ‘All About You’, ‘Star Girl’ and ‘Shine a Light’.

This was a whistle-stop tour through more than a decade of pop perfection and LIVE AT THE 02 captures it all. And the excitement doesn’t stop there, fans can also get their hands on an exclusive eight-page booklet with behind-the-scenes images of the boys on the road this summer – a must have for the McBusted collection.