After Facebook’s acquisition of Oculus Rift for around $2 billion last year, eyebrows were raised. People were quick to point the finger at the social media giants for buying up companies with little vision as to how they might be used.

Today, though, Facebook answered those critics with a stunning look at Star Wars. The video, created by ILMxLAB, drops viewers in a fast paced ride through the desert, allowing them complete control over the the camera. Users on PC can drag with the mouse while mobile users can move their device around to explore the scene in more detail. 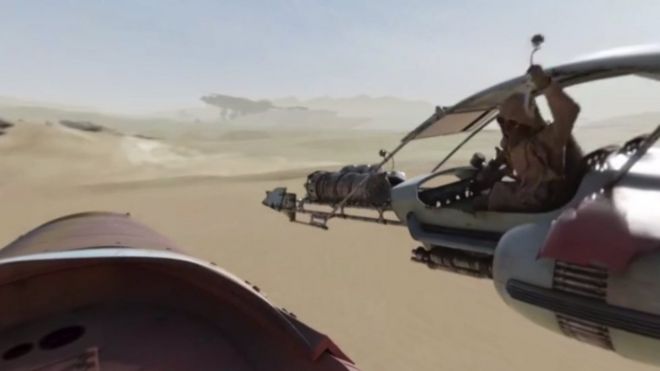 Facebook, at their now annual Oculus Connect event, outlined further plans for 360 video – suggesting that looking at a friend’s holiday or a music festival in 3D is the future, despite the currently complex filming set up required for this to be achieved.