If Carlsberg did male grooming products….

Commuting on the tube in the early morning and smell that familiar scent of beer?

You wouldn’t be blamed for assuming a fellow passenger has started their pm in the am, but don’t judge too soon – it could be coming from the man with the freshly washed hair and silky smooth skin sitting next to you. 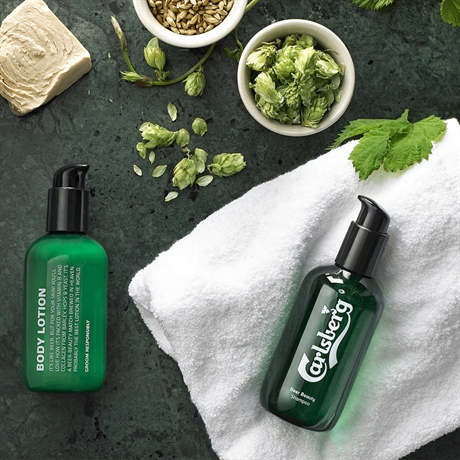 Earlier this year, the Copenhagen-based beer company Carslberg announced that it would re-visit its former tagline, ‘if Carlsberg did…’, and after revamping supermarkets, where else to turn to but moisturiser?

Now they’re premiering a new line of shampoo, conditioner, and lotion, each containing .5 litres of real beer. So the next time you want to start your night early, maybe try some lotion instead of a quick trip to the corner store.