The red-headed legend has made his way to the top of The A Team by being named ‘the act to watch’ this summer.

Ed Sheeran, who will play three sold-out shows at Wembley Stadium in July, outdid his fellow artists Paloma Faith, Jessie J and Florence And The Machine, in the number of searches on ticket marketplace StubHub.

So what better way to celebrate than create a gigantic mural of his face?

The Sheeran masterpiece, which comprises of 13,000 ticket stubs, can be found in London’s Russell Square. 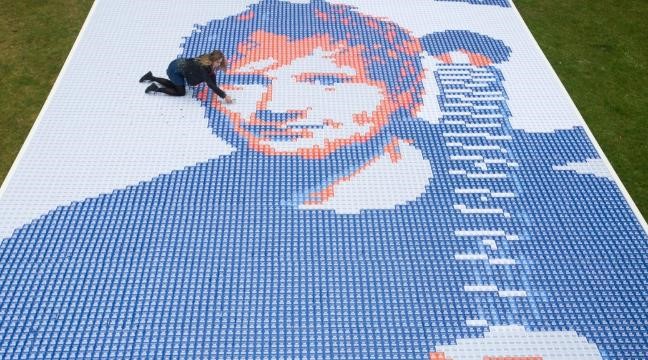 Soz Swifty – there was only room for one mural on the garden square.

Splash of Colour on London Bridge

If Carlsberg did male grooming products...