Streaming service NOW TV has glimpsed into the future of marketing by promoting the return of dark odyssey Westworld using a hyper-realistic humanoid robot, inspired by the show’s artificially intelligent “hosts”.

Watch the behind the scenes creation of Fred the robot here: https://youtu.be/PoH71gYipL4

Watch Fred the robot interacting with the public here: https://youtu.be/Z7_2iC_Y_a0

Download link for videos and B-Roll available on request

Over twelve weeks the team developed several hundred thousand lines of computer code and tens of thousands of components, including a sophisticated metal skeleton, silicone skin, real hair and solid acrylic eyes, all 3D-scanned from Tedroy to bring Fred to life.

Research commissioned by NOW TV, polling 2000 British adults, revealed that more than two thirds (69%) of Brits are worried or fearful at the prospect of robots taking over their jobs, while 40% believe a robot could do their job just as well if not better than them. 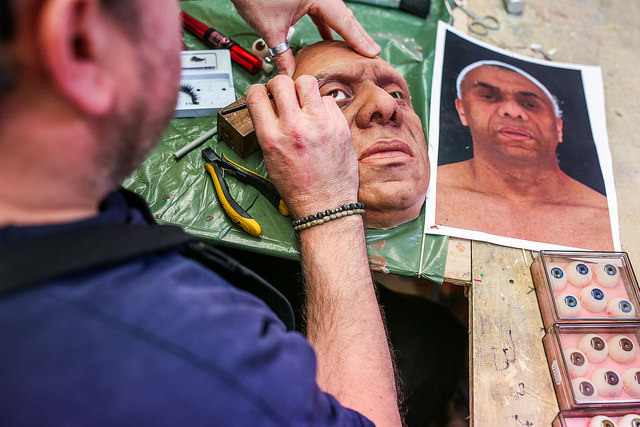 To field test Fred, NOW TV rigged a London pub with hidden cameras and planted Fred in the bar to see if he could beguile the public, a nod to the show’s central premise where humans interact with artificially intelligent robots indistinguishable from humans. 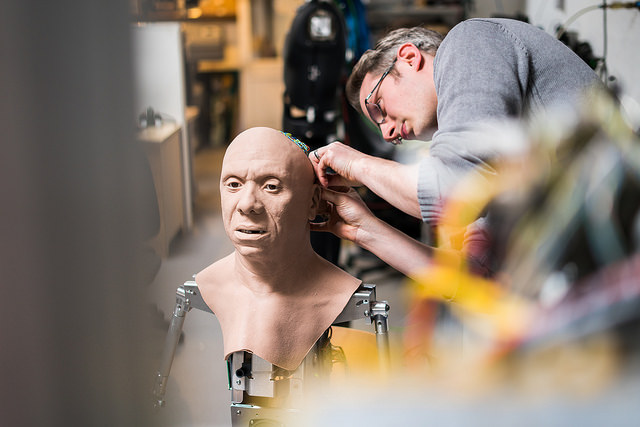 Relaxed in the bar, the android struck up conversations with unsuspecting members of the public, telling them about Westworld on NOW TV.

Reactions from pub goers ranged from startled confusion to fear and unease as they digested a series of weighty questions including ‘what are your thoughts on the impending humanoid robot invasion?’, and laid witness to a scheduled malfunction in which Fred starts to glitch before dramatically shattering a pint glass.

Fred’s human-like interactions were controlled by Engineered Arts’ telepresence system, which uses inbuilt sensors, cameras and microphones to track what and how people interact.

He then responded appropriately with emphasised gestures and punctuated speech voiced by a remote operator. He was created to engage in natural conversation in real time as a human would.

Emma Quartly, marketing director at NOW TV, said: “We are still a long way away from creating artificially intelligent hosts as sophisticated as those in Westworld, but to celebrate the show’s return we wanted to give the general public a little taste of what is possible.

Fred is the next generation in human-like robotics and so it seemed fitting to hand the show’s promotion over to him. Needless to say, there were some stunned reactions…especially when in true Westworld style he starts to glitch.”

55 year old Londoner Tedroy Newell, who the robot was modelled on, said: “Seeing yourself in robot form is a very, very strange experience. I’m honestly amazed at how realistic they were able to make it look – you can barely tell us apart. Not many people have had the chance to meet their ‘robotic twin’ so it’s very cool to have been a part of this project for NOW TV.”

The stunt was located at The Prince Alfred public house in Maida Vale.