LONDON, 11 May 2009: EMI Music have announced the beginning of an exciting new partnership with Immodesty Blaize, the leading showgirl, novelist and TV personality, and her spectacular ‘Tease Show’. 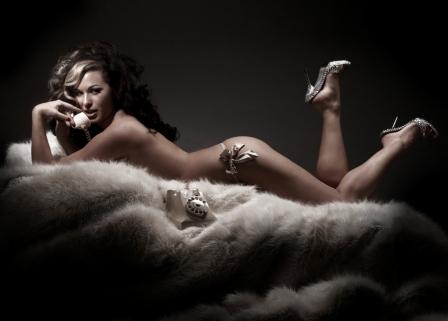 The first project to emerge from this partnership will be a television special, film and DVD release of Immodesty’s spectacular live ‘Tease Show’.

The special, to be filmed w/c May 11th 2009, in conjunction with Nightfall Films at London’s Koko in front of a star-studded audience, will encompass a breathtaking and spectacular programme.

With her unique combination of glamour, music, humour and performance, Immodesty Blaize has been at the forefront of burlesque’s rightful return to prominence as a respected and sophisticated art-form on the world stage. The Tease Show is a glittering theatrical revue that encompasses elements of musical cabaret, comedy and the vintage style of Busby Berkeley. Immodesty Blaize will star along with a selection of top US showgirls, Julian Clary as compere and a 12 piece Big Band who will accompany Marc Almond on stage.

Nick Gatfield, President of A&R Labels North America and UK at EMI Music, said: “We are hugely excited about working with Immodesty Blaize on this forthcoming project and look forward to exploring other ideas and opportunities which will shine the spotlight on Immodesty and her ‘Tease Show’ brand in new and innovative ways”.

Immodesty Blaize said:  ‘I’m thrilled to be joining EMI, a prestigious company with an unrivalled track record in supporting success on the international stage. It is a great honour to join their spectacular roster of iconic talents and I am very much looking forward to working with the fabulous EMI team.’