The lost art of poetry recitation has taken centre stage in primary schools across the country thanks to a BBC Two film which documents Britain’s first national competition of its kind. 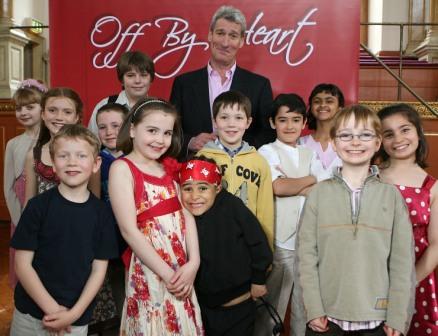 More than 1,500 primary schools signed up to take part in the Off By Heart poetry competition, selecting one 7-11 year old pupil to represent them. Children from Belfast to Brighton then battled it out in 57 heats, choosing one poem from a list of 15 to perform in front of a panel of well-known judges including librarians, teachers, actors and poets. The most popular choices were The Pig by Roald Dahl, Matilda by Hilaire Belloc and Alligator by Grace Nichols.

Twelve finalists were eventually selected and include two children from working farms, one from North Wales who attends a school where all the lessons are in Welsh, and two children with Iranian parents. Children from Aberdeen to Bushmills in Northern Ireland to Barrow in Furness have earned themselves a place at the Off By Heart final.

Each of their stories have been captured on camera by the award winning director Antonia Bird for a 90 minute film to be shown on BBC Two, which documents every stage of the competition. The film aims to enhance poetry education in schools, which has in the past been criticised by OFSTED.

The overwhelming response from children shows that there is an appetite for poetry, especially when it is taught through performance. At Earlham Primary School in Newham, East London, where 92% of the children are from ethnic minorities, the Off By Heart judging panel was treated to a rip roaring beat box version of Lewis Carroll’s the Owl and the Pussycat. The performance earned the ‘bad boys’ a standing ovation from the whole school. 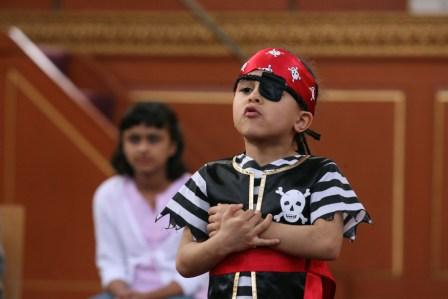 The finalists attended a series of workshops to help them prepare for the final stage of the competition. Their memories were honed by Edward Cooke, who has pioneered an active learning technique that had the children rushing around the room reciting different lines in different places – resulting in word perfect recitals after just forty minutes. They were inspired by Benjamin Zephaniah who showed the finalists that learning poetry can be a conduit to writing it, and after one hour trading poems with Zephaniah they were all writing verses of their own.

The children’s journey culminated a nail-biting final which was held at The Sheldonian Theatre as part of The Sunday Times Oxford Literary Festival on Sunday 5 April 2009 and compered by Jeremy Paxman. Nerves had to be firmly in check as the finalists stepped onto stage to give the performance of their life in front of a sell out audience of 600 people.

The finalists were awarded marks for their performance and interpretation of two separate poems; Sea Fever by the former Poet Laureate John Masefield and another from a list of 30. The competition was made all the harder by the high profile judging panel which consisted of poet Benjamin Zephaniah, Dawn Postans, the head examiner at The London Academy of Music and Dramatic Art, and was headed by Northern Lights author Philip Pullman.

Philip Pullman says: “The performances have been extraordinary and it never ceases to amaze me when you see children as young as seven, who are initially shy and timid, transformed on stage through their love of poetry.”

Jeremy Paxman says: “Learn a poem in childhood and you’ve a friend for life.”

Daisy Goodwin says: “Off By Heart is an attempt to revive the tradition of parlour poetry – to make poetry a public delight rather than a purely private pleasure. Through making this film we have discovered an untapped hunger for poetry amongst children in the UK, and I am pleased that all of the children that have been involved in this project have come away triumphant, for to learn a poem is to own it forever.”

The story of the competition and many of the entrants, including the winner, will be documented in the 90 minute film by independent production company Silver River and will be shown on BBC Two on 22 May 2009 at 9pm.

It is now hoped that Off By Heart will not only become an annual event for primary schools but that poetry recitation will once again become a firm feature on the primary school curriculum.

Off By Heart, the 90 minute film produced by independent production company Silver River will be shown on BBC Two on 22 May 2009 at 9pm.

This May the BBC celebrates the diverse, compelling and inspiring world of poetry with a landmark season of content across television, radio and online.

BBC Two highlights include a one-off special from Griff Rhys Jones on Why Poetry Matters (1×60), while some of the nation’s best loved celebrities explore British poetry from a very personal point of view in Lifelines (4×60); and a nationwide poetry recitation competition for primary school children culminates in a grand final compered by Jeremy Paxman in Off by Heart (1×90).

BBC Radio 4 is dedicated to broadcasting poetry programmes every week of the year. The channels highlights for the Poetry Season include an analysis of Rainer Maria Rilke and a new Poetry Slam. On Radio 3, Poems for Today, a series of more than 40 poems broadcast daily, will celebrate the breadth of contemporary poetry in the UK today.

BBC Online will be a key destination for a wealth of content, from great poets past and present, poems to suit your mood, live spoken word events and a vote for the ‘Nations Favourite Poet’ (Winner announced in October). bbc.co.uk/poetryseason