Chocolate. Rabbits. Eggs. When it comes to PR ideas at Easter time it can be difficult to escape the tried and tested. Some companies embrace the classics and execute the campaigns perfectly, others give those traditional elements a cheeky twist, while others eschew the expectations and approach Easter PR from the left field. This is a collection of the best Easter PR moments for 2016.

The Kings of Chocolate, Cadbury, have long been associated with The National Trust and, obviously, Easter. The challenge for PR when you’re associated with an annual event is how to mix it up to generate coverage, while maintaining the same message, each year. The annual National Trust Easter Egg Hunt has landed in mainstream coverage yet again thanks to a great campaign under the hashtag #eggseverywhere. The campaign has focused around a number of Cadbury Eggs being placed all over the country; a number of them in extremely iconic locations:

With great pictures the campaign was guaranteed good print and online coverage, but the inclusion of the hashtag (#eggseverywhere) has meant that National Trust sites up and down the country, in addition to normal people enjoying the hunt, can engage with the campaign; hiding their own eggs on their sites or sharing their own Easter egg hunts at home. All of those mark a successful campaign; great print coverage, engaging online content and a huge presence on social media.

Sometimes building on an already successful idea can create a second wind. Following on from the success of our ‘Benedict Chocobatch’ campaign last year the talented chocolateer who helped us design the sugary treat has released a range of her own, with Benedict’s luscious looks intact:

A great idea, coupled with great execution and turned into a buyable product have ensured good coverage of the Cumberbunnies for both Jen Lindsey-Clark and Chocolatician.

Seizing on the principles of Easter in a big way, Dr Oetker’s campaign is loud and proud. These aren’t hidden eggs throughout the countryside, but rather huge activations in London and then Manchester. 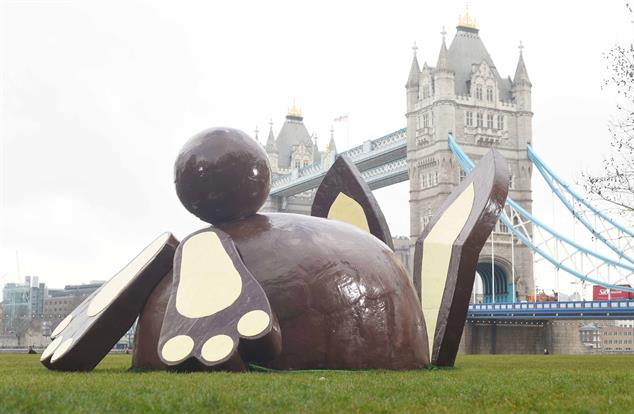 The 7tf edible rabbit was spotted at Potters Fields Park and took about 100 hours to create, incorporating 3000 bars of chocolate (about 450kg) to make it. The bigger the better, and that certainly worked here with people flocking to see (and take a piece of) the rabbit, with selfies galore flooding social media to ensure that this Easter PR moment was a hit.

Game of Eggs might also have worked for this one as well, which featured on our pages a little while ago on its own. To celebrate the upcoming new series of the world’s biggest television show (Game of Thrones) Sky Atlantic commissioned this beauty: 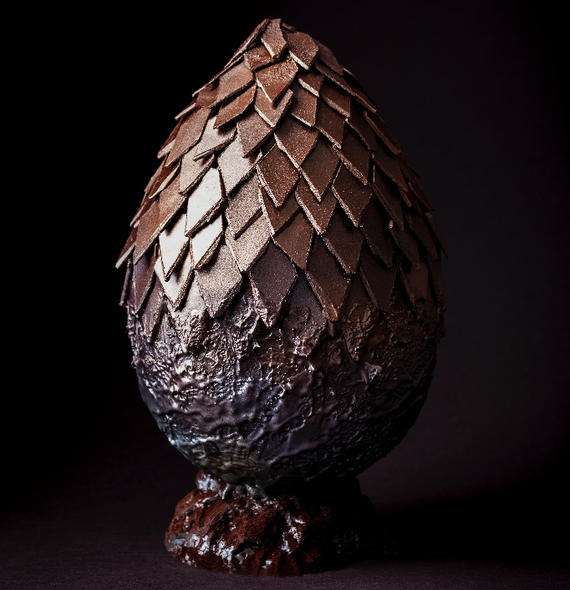 The internationally loved series has spawned all kinds of things in its time on our televisions; memes, arguments, fashions and even cook books. Food is such a key element in Game of Thrones that people even host Game of Thrones feasts in the comfort of their own homes. The egg, while technically edible, is just for display – melting the hearts (get it?) of Thrones fans everywhere! Coverage was far and wide and people managed to snap a few pictures of it while in display in Selfridges.

A sure way to secure a bit of coverage for your campaign is to have a likable celebrity fronting it. For more charitable occasions, though, it’s often patrons that we see getting involved. The Mary Hare School for Deaf Children was introduced to Pippa Middleton by a friend in 2013 and since then she’s been raising awareness, and funds, for the school. This Easter she was doing a fun run to raise a bit of money and the profile of the project, she also gave us this astonishingly good photograph: 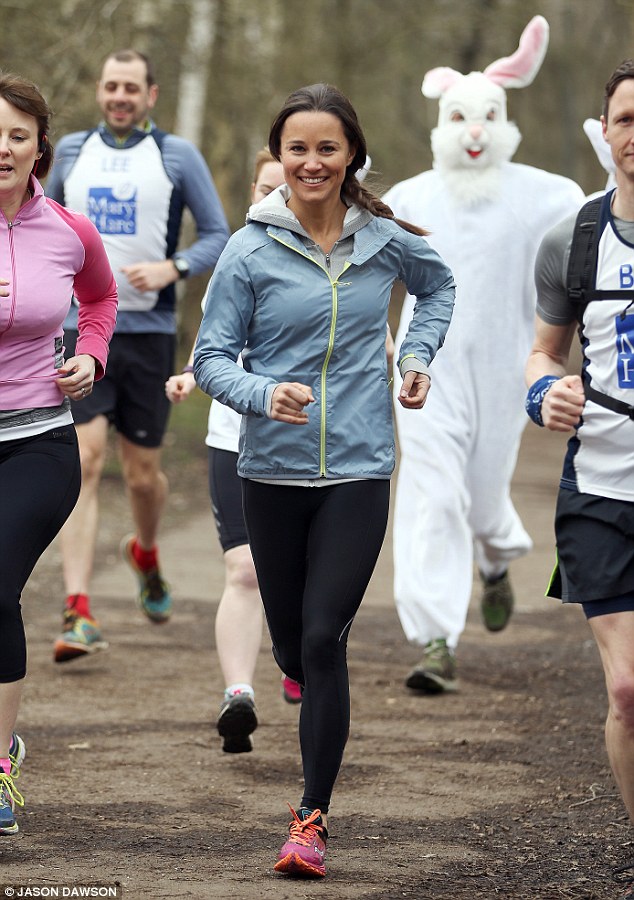 I know the rabbit was supposed to be there to tie it to Easter, but it hasn’t half made for a fantastic photoshoot with several extremely scenic photographs photobombed by the costumed person. As a result the existing pictures, while they would certainly have gathered a lot of attention, managed even more thanks to the comedic twist.

When you’re looking for a hilarious PR moment you can usually rely on Carlsberg to produce something memorable. For Easter they have designed a chocolate bar under the label “If Carlsberg did…” 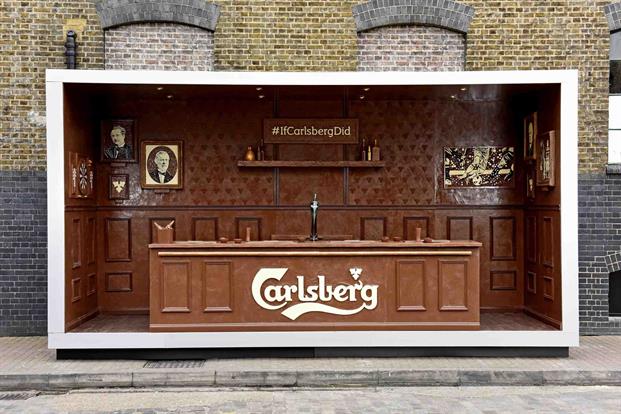 Yes, that kind of bar! The pop up ‘Chocolate Bar’ is in Shoreditch for lucky people to experience and, as with most things Carslberg do, has made a massive splash online and on social media; proving that sometimes the simplest ideas are the very best ones.

A classic turn of phrase even more applicable at Easter. Co-Op have seized on the phrase and created a great video to boost the spirits of everyone at Easter time:

Co-Op rewarded moments of kindness by handing out Easter Eggs to the “good eggs” out there. Nothing like spreading a bit of joy and rewarding kind hearted people to promote your brand; and it seems to have done the trick for Co-Op as the video still is bringing in views.

And that’s your roundup! Away from the stretched waistlines, debates over the word ‘Easter’ and endless hunting around your own garden for eggs there’s been a great selection of Easter PR moments; we already can’t wait for next year.

A Night Under The Sea