► Micro-artist carves portraits of England footie heroes out of Brazil Nuts to launch Dave’s new series in the run up to the World Cup
►Bite size artworks of the nation’s tastiest players Gazza, Lineker, Becks, Shearer and Rooney
► Work commissioned by Dave to celebrate the launch of ‘England’s Top 19 Footy Heroes’ 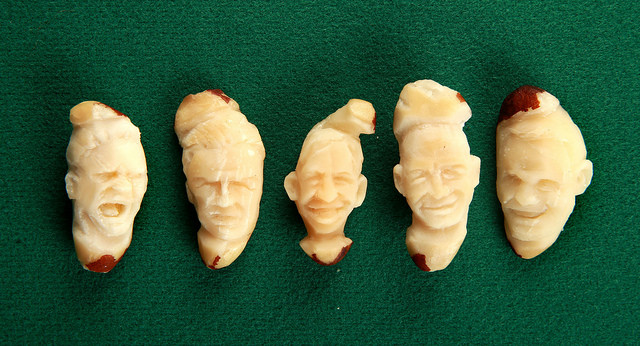 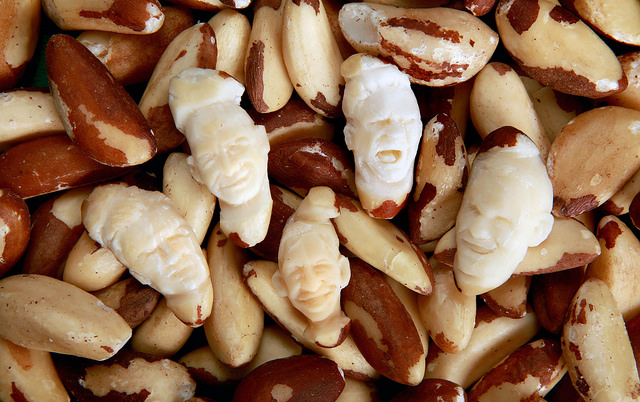 Each Brazil nut, measuring an average of 1.5 by 2 centimetres, took on average a painstaking 96 hours to carve with Quentin working day and night to perfect Rooney’s hairline, the raw emotion of Gazza and Beckham’s dashing good looks.  The artist worked his way through 53 nuts before finally cracking the finished portraits and spent the most time finessing Gary Lineker’s oversized ears. 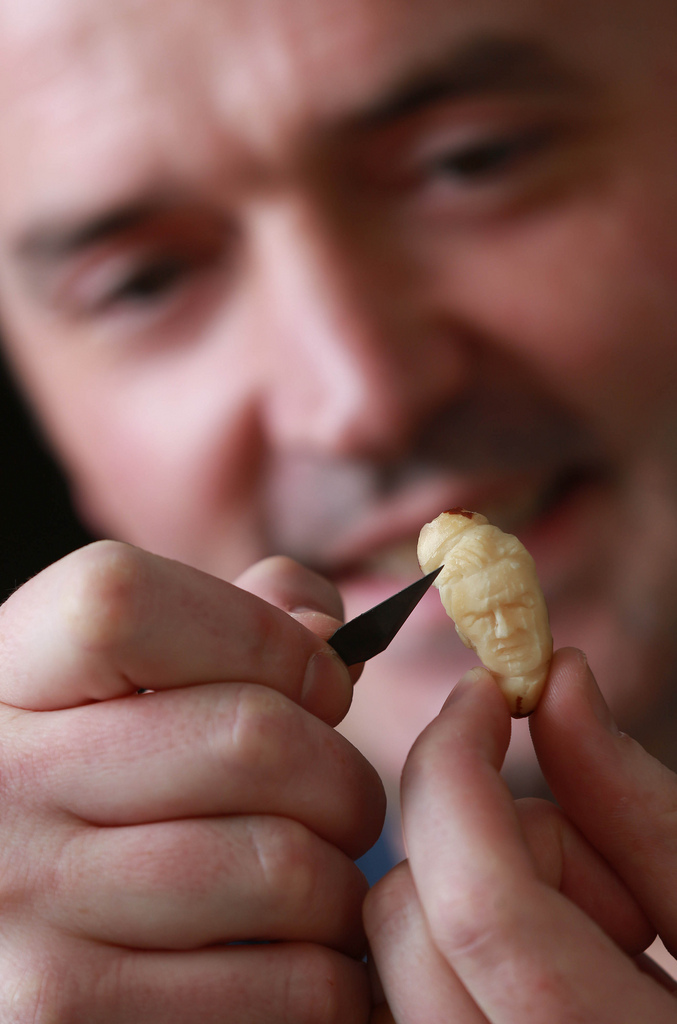 Artist Quentin Devine says, “When Dave asked me to carve the faces of five of England’s most loved football legends out of Brazil nuts I knew it would be a challenge.  The nuts can be very oily and extremely brittle but I think I managed to successfully capture the essence of each these football heroes.  My final piece, Gary Lineker, proved to be a tough nut to crack with his large ear span reducing the already tiny surface area I had to work with. After over 20 attempts, many broken ears and all hope lost, I finally perfected it. On another note, I know Dave is a comedy channel, but an Irish man carving English footballers into Brazil nuts is a real joke isn’t it?” 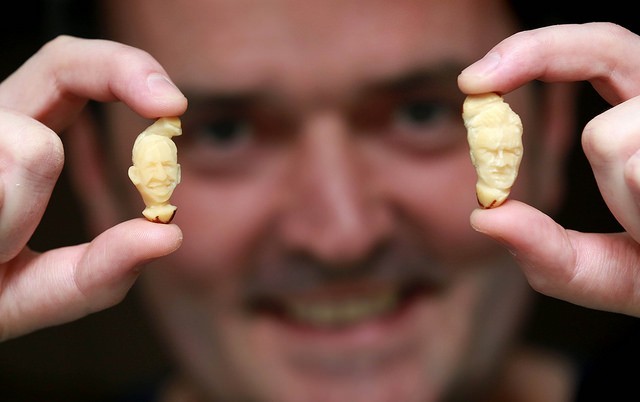 After studying a vast library of images of England players over the years and using nothing more than a scalpel, a magnifying glass and 99p bag of Brazil Nuts, Quentin set up his studio to complete the gruelling challenge. The surface area he created his masterpieces on is no more than the size of a five pence coin.

Steve North, General Manager of UKTV channel Dave says, “Here at Dave we are going absolutely nuts for the World Cup, so what better way to celebrate the forthcoming summer of football than to immortalise five of our best ever players as Brazil nut carvings.  This was a challenge to end all challenges and the skill of the artist should be applauded, we thought Quentin would struggle with the oily, nutty surfaces but after 53 attempts he well and truly cracked it!

The unique world first artworks were specially commissioned to mark the launch of a special series of World Cup Programming on Dave.  England’s Top 19 Footy Heroes, England’s Top 53 Footy Goals and England’s Top 39 Footy Gaffes will star comedians and sports pundits such as Alex Brooker, Tom Rosenthal, Phil Cornwell and Adrian Chiles and sporting heroes including Gary Lineker, Ian Wright, Lee Dixon, Jim Rosenthal, Michael Vaughan and former German star Didi Hamann, as they take a look back at some of England’s greatest footballing achievements and World Cup memories.  The series, voiced by popular British comedian Jason Manford and written by Paul Hawksbee (Harry Hill’s TV Burp, TalkSport, Fantasy Football League), will air in May ahead of the World Cup in the summer.

Dave’s football season kicks off with England’s Top 19 Footy Heroes on Tuesday 20th May at 9pm.