The head of the ‘Born Risky’ broadcaster has enjoyed a recent run of creative successes, from the 2012 Paralympic Games and 2013’s Educating Yorkshire, to Gogglebox, Southcliffe and the headline-grabbing Benefits Street.  Abraham announced a groundbreaking move earlier this year when he revealed Channel 4 would be investing millions into a number of small and medium sized fledgling independent production companies.

The need to ‘balance creative and commercial objectives’ as identified by Channel 4 Chairman Lord Burns, means Abraham’s lecture is perfectly poised to reflect the theme of this year’s festival: ‘The Business of Creativity’ from the point of view of an organisation with a unique business model. 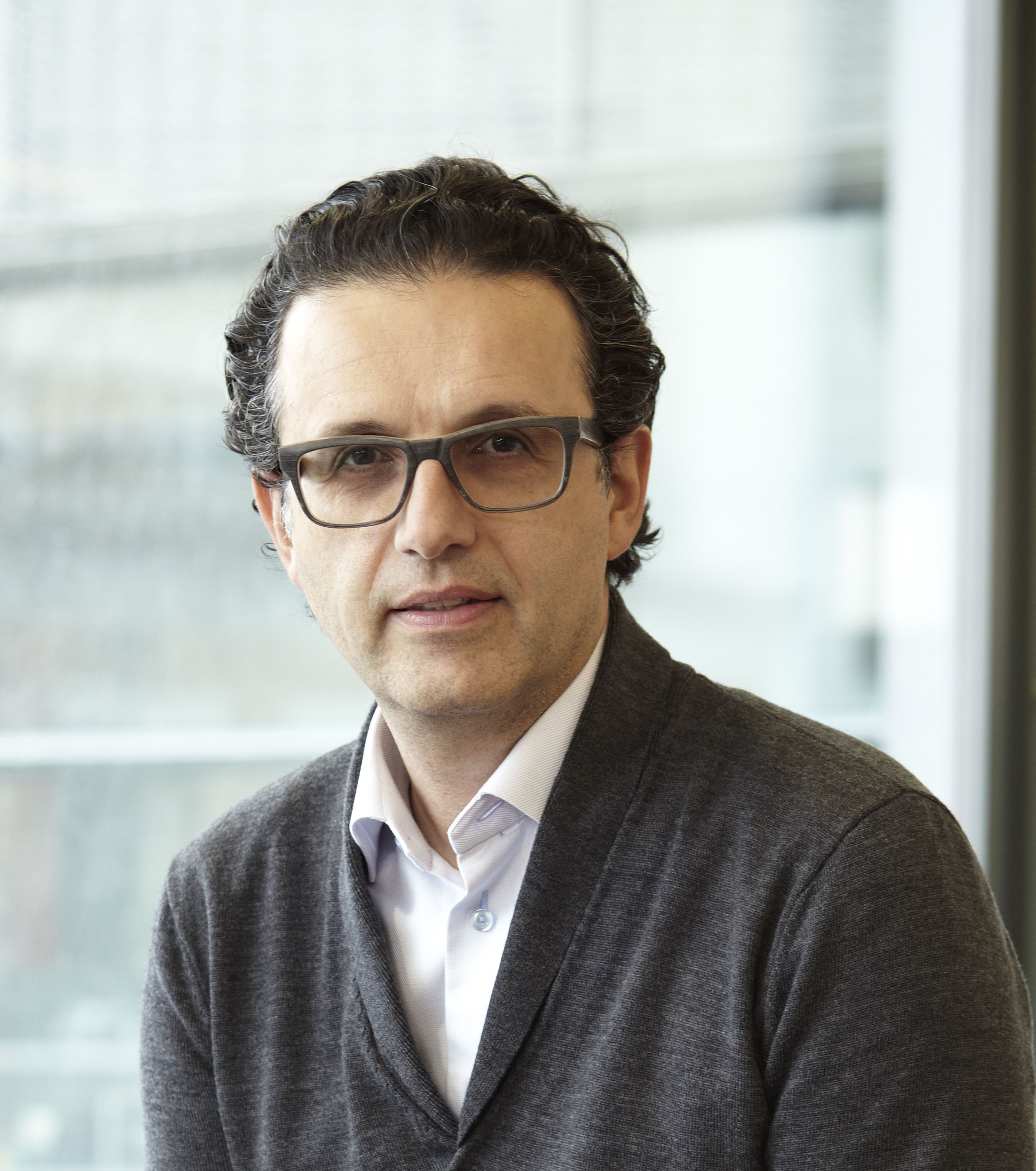 David Abraham comments:  ‘2014 is already shaping up to be a seismic year of change in the landscape of television so I am honoured to have the opportunity to give the MacTaggart Lecture at the Edinburgh TV Festival this year. It’s also been over a decade since Channel 4 has had this important platform – so it will be a key opportunity, in front of our creative partners, to set out a vision for how and why we intend to maintain our cultural impact in a world in which globalisation and technology continue to reshape everything.’

Executive Festival Chair, Elaine Bedell, said: ‘Not only have we not had anyone from C4 deliver the MacTaggart in twelve years, we also haven’t had a UK broadcaster give this prestigious keynote in four years.  We’ve become used in Edinburgh to hearing provocative calls from independent producers, or from on-screen talent, as well as from new entrants into the broadcast world (like Netflix), all challenging UK broadcasters to up their game.  Now it’s time for one, key, terrestrial broadcaster to respond – and to issue some challenges and provocations of its own.  I know that David will deliver a MacTaggart speech that will truly ignite the debate at this year’s TV Festival.’

Advisory Chair of the Festival, Mel Leach, said: ‘As the CEO of Channel 4, a major investor in the UK’s creative economy and a broadcaster working with more independent producers than any other British network, I am delighted that David Abraham will be delivering this year’s MacTaggart lecture. David offers a unique perspective on our industry having built a creative agency and managed a portfolio of networks in Britain and the US in both pay TV and free to air. This year the festival is embracing the business of creativity as its key theme, asking questions of both producers and broadcasters about how the British TV industry can remain at the forefront of worldwide content creation. I have no doubt David will offer bold and provocative insight into the challenges, opportunities and technological innovations that will shape our industry over the next decade.’

Following a 25 year career building and championing creative businesses in the UK and USA, David Abraham became Channel 4’s sixth Chief Executive in May 2010. He formed and leads the team which is delivering the biggest diversification of Channel 4’s schedule in a decade following the decommissioning of Big Brother. Investment in originated content has been at record levels, with the team executing the game-changing broadcast of the London 2012 Paralympic Games and commissioning award-winning shows ranging from Gogglebox and Educating Yorkshire to Southcliffe, The Undateables, Syria: Across the Lines and Toast of London.

A rejuvenated Channel 4 News is making its own headlines with Plebgate and Sri Lanka; Killing Fields exclusives; investment into Film4 has been boosted and is flourishing with titles ranging from the Oscar and BAFTA award-winning 12 Years a Slave to the hit Inbetweeners Movie.

David implemented an innovative viewer engagement strategy for Channel 4 which today has over 10m registered users including half of all 16-24 year olds in the UK.  This has been achieved whilst keeping revenues stable, forging new commercial partnerships with UKTV and BT Sport and seeing a significant strengthening in the reputation of Channel 4 amongst the British public.

David joined Channel 4 from UKTV where he was appointed Chief Executive in April 2007.  He led the launch of Dave, the most successful new digital channel of the decade and championed successful commissions such as Red Dwarf – Back to Earth and In the Land of the Free.  Prior to this David worked at Discovery Networks USA where, as President and General Manager of TLC, he was responsible for reviving the prime US cable network with fresh shows such as Miami Ink and Little People Big World.  Before heading to the US David was General Manager of Discovery Networks UK during a period of rapid growth and investment into digital channel development and creative landmarks such as Virtual History and Age of Terror.

David began his career in 1984 as a graduate trainee in advertising in London, after studying Modern History at Oxford University. At 32 he was a founding partner and Chief Operating Officer of the independent creative agency St Luke’s, which became internationally renowned for its innovative campaigns and co-operative working practices.

He is a member of the Board of Creative Skillset and was Chair of the 2013 RTS Cambridge Convention.

Now in its 39th year, the Festival will take place from Thursday 21st to Saturday 23rd August.

This year’s opening session will include the welcome return of Keith Lemon, as he takes delegates “Through the Keyhole” and into the underwear drawer of channel controller’s homes, as a panel of experts try to figure out who the questionable music collections and lavish living rooms belong to.

Britain’s favourite magician Dynamo will also provide a masterclass, telling audiences how Dynamo: Magician Impossible became not just a huge ratings hit for Watch, but was sold worldwide and reinvigorated a global appetite for magic. Dynamo, who will reveal how a tough childhood provided him with the drive to succeed in magic, will be joined by the show’s producers and give festival audiences a sneak peek at what to expect from the fourth series.

At session: Thinking outside the Gogglebox, the creators of Gogglebox along with stars of the show Steph and Dom Parker invite delegates to see the workings behind the sofas. As well as discussing the duo’s favourite tipple, they’ll take a look at how the idea developed, the secrets behind the show’s casting and how it’s become a global sensation – as well as revealing what’s next.

Further sessions will include a journey into the twisted minds of Reece Shearsmith and Steve Pemberton, the creators of cult hits The League Of Gentlemen, Psychoville and Inside No. 9. They’ll take audiences on a tour of their memorable careers – both in collaboration, and separately, with Steve writing and appearing in the smash-hit sitcom Benidorm, and Reece playing the lead role in ITV1’s disturbing drama The Widower among recent highlights.

Jed Mercurio, writer and creator of BBC2’s biggest drama hit in 10 years, Line of Duty, will also be at Edinburgh this year, discussing the all-important question: Is Lindsay Denton guilty? How the former hospital physician and RAF officer achieved the dramatic excitement and originality we’ve come to expect from the best the Americans and Scandis have to offer will be a key theme, as will which British institution will be next on his hit list.

2013’s most talked about session will also return for 2014, as We Still Need to Talk About Commissioning will review progress and lessons learnt. A panel of broadcasting elite return to face the new findings and discuss pertinent issues – ranging from the relationship between independent producers and commissioners to how the system is working and value commissioners themselves add.

On the flip side, tables will also be turned on the indies in How to be a better indie as we find out which are the best and worst to work for.  The session will also explore how indies can be better – both as places of work and in their relationships with commissioners.