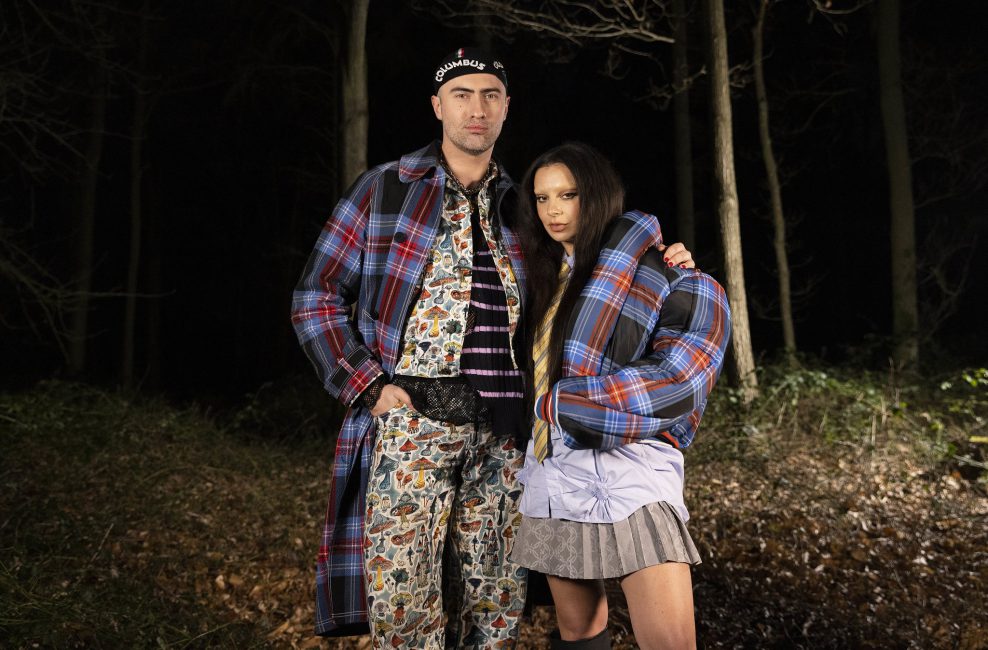 The chart-topping singer dazzles in the new film, wearing a never-seen-before outfit, designed exclusively by the former GQ Breakthrough Designer of the Year.

The conceptual film blurs the lines between reality and the dream world and sees the ‘Beg for You’ singer skipping around in a field surrounded by a flock of sheep. 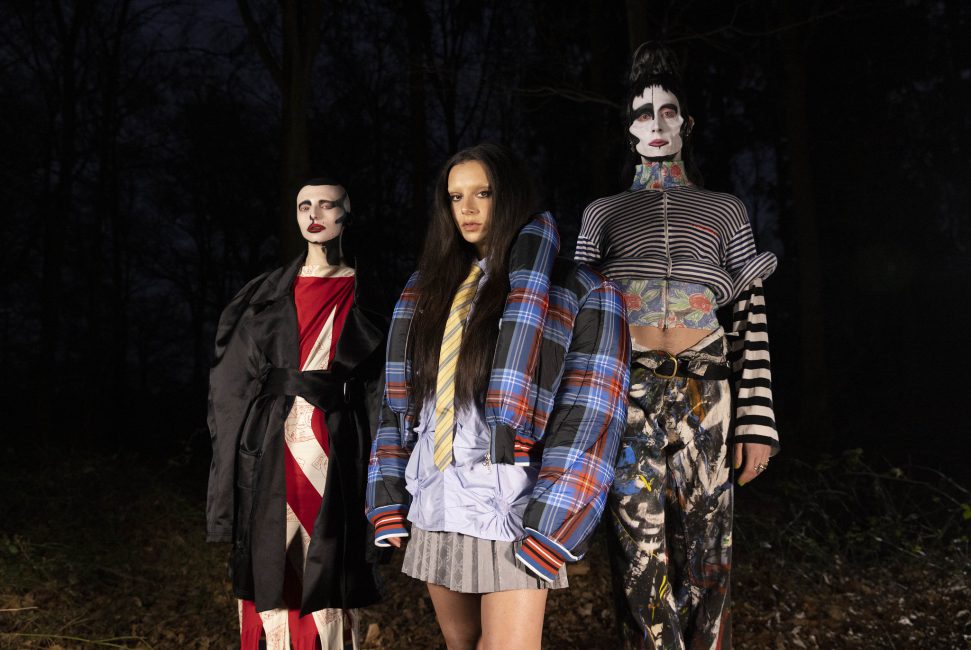 The film, which was shot on the grounds of Hatfield House Estate, sees the Essex born singer strike up a pose in a punk inspired high-school outfit, featuring a tie, skirt, and knee-high socks.

The 90 second film, directed by celebrated director Matilda Finn, follows an entourage of friends, alongside Charli XCX, as they enter an otherworldly dreamy night, exploring the darkness and uncloaking its mysteries thanks to Nightography.

The designer’s LOVERBOY collection is inspired by the British nightclub scene and his love of music, which he says unleashes his creativity and is the source of his ideas.

The partnership between the tech giant, Charli XCX and Charles Jeffrey marks the brand’s partnership with the British Fashion Council which saw Samsung become the ‘Official Technology Partner’ for London Fashion Week.

Singer and songwriter Charli XCX said: “That was one of the craziest films I have ever shot! Skipping in a farmer’s field, surrounded by sheep, in the middle of the night was definitely a new experience for me. This film is all about capturing the amazing and magical moments that happen when the sun goes down, and celebrates the launch of the Samsung Galaxy S22 devices, which can capture incredible video at night”.

Designer Charles Jeffrey said: “The inspiration for my collections come from my love of alternative Subcultures abstract art  and passion for music. This collaboration with Samsung and Charli XCX, to launch the Galaxy S22 Series, celebrates the dreamlike experiences and memories of nightlife culture and nights out with friends.”

Alex Conaway, Head of Brand from Samsung UK said; “We are thrilled to partner with these two extraordinary creative forces to celebrate the launch of the new Samsung Galaxy S22 Series. Our new devices enable night photography and video capture like never before and Charli XCX and Charles Jeffrey have helped us create some of our most compelling and ground-breaking content yet. We’re excited to be exploring the world of fashion and pop culture through our devices, and this campaign will find a perfect home as part of our Innovation Tech Partnership with London Fashion Week.”

Starting on 25th February 2022, Galaxy S22 Ultra will be widely available in Samsung channels and major UK retailers, with Galaxy S22 and S22+ to follow on 11 March 2022.

A formula for the perfect chip butty?