Children’s comic Beano is launching a new children’s reading initiative – ‘Libraries Aloud’ – designed to encourage families to head to their local library and have fun reading out loud.

The new campaign, launched today, will see a series of free interactive ‘read-out-loud-a-longs’ take place in libraries across the country to celebrate libraries and reading for fun.

Olympic legend, author, and father of three, Greg Rutherford is spearheading the initiative and leading a team of loud storytellers, including author Anna Whitehouse (Mother Pukka). The storytellers will read The World’s Loudest Ever Comic Strip in this week’s Beano, created especially for World Book Day (Thursday 3rd March). 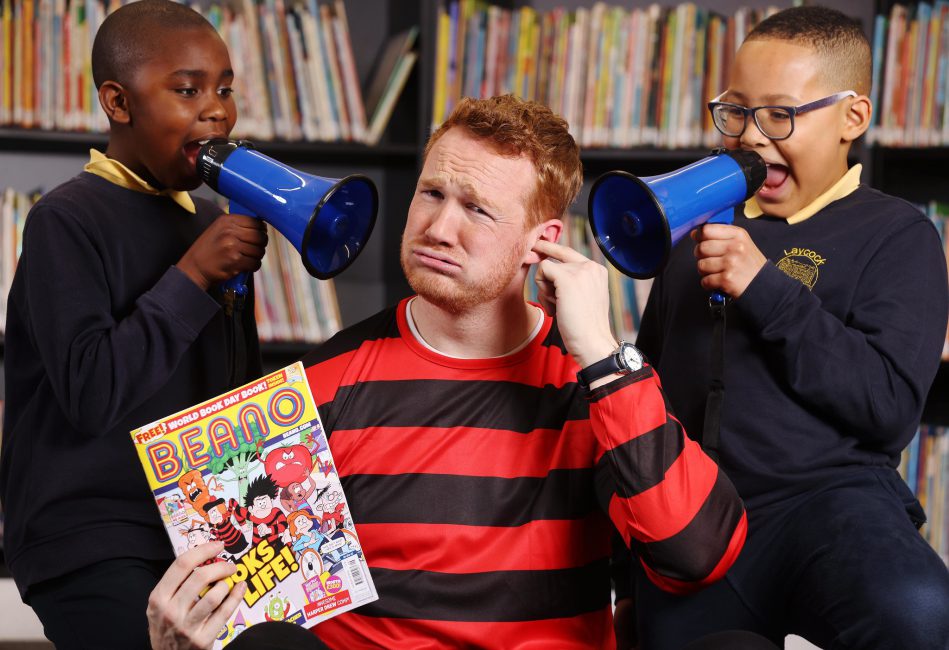 The special two-page strip, in this week’s comic which goes on sale on Wednesday 2nd March, has been designed for children to read out loud to help them unlock reading for fun. It contains, in true Beano style, over 35 crashes, bangs, parps, wallops and thwacks.

The initiative was created as new research revealed that 75% of British children haven’t visited a library in over a year and 95% said that making noise and talking about stories made reading more fun.

The poll of 2,000 British parents with children aged 6 and above highlights that reading for pleasure and access to libraries is on the decline. 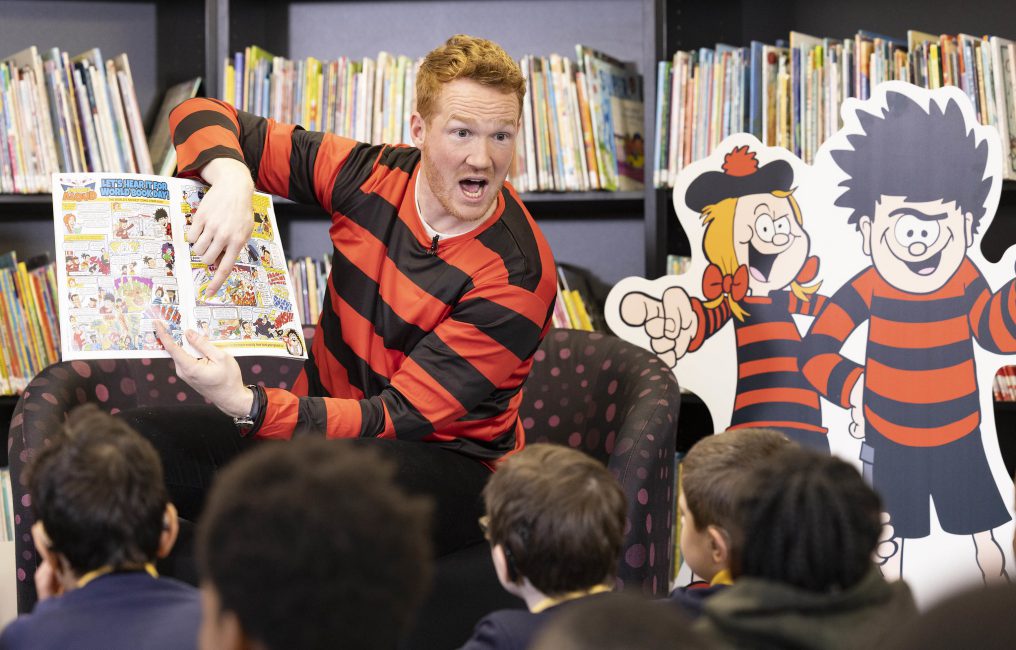 Over half of children (55%) admit to being put off by the thought of going to the library because they think they need to stay quiet. However, nine in ten children (95%) said that making noise and talking about stories made reading more fun and three quarters of kids (77%) said they liked reading with their parents. 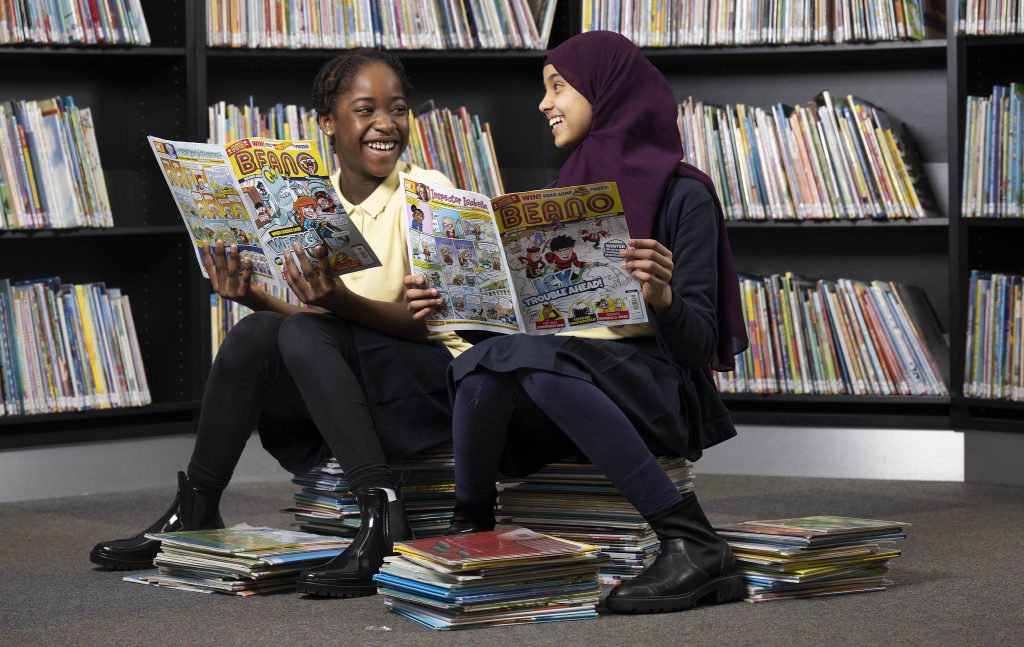 Of those asked, over two thirds (72%) of parents said their children do not read for pleasure regularly and 81% of parents believe that children are reading less than they did when they were younger.

The study revealed that children read six books a year, compared to their parents reading at least 10 books a year when they were kids.

Mike Stirling Beano’s Director of Mischief said, “It’s been years since children had to stay silent in a libraries but many grown-ups still believe that rule applies. We’re excited for Beano to celebrate the fun and noise that is ‘aloud’ in libraries this World Book Day and hope it encourages everyone to plan a visit to their local library very soon.”

Greg Rutherford said, “I absolutely love reading with my children, and Beano is a great gateway for them to get into reading – it’s just not just books, but comics too that form this magical world! It’s been an honour to be involved with this campaign and I hope as many people as possible can pick up a Beano this week and enjoy reading it loudly at their local library!”

Research by the National Literacy Trust found that if all children in the UK read for pleasure almost daily, the number getting 5 good GCSEs could increase by 1.1 million in a generation.

To unlock reading for fun for as many kids as possible, Beano has partnered with World Book Day to give away 15,000 comics to kids from today via the Beano website.

A special Beano quiz has also been created to help kids to get loud and enjoy reading for fun.

Greg Rutherford and Beano’s team of storytellers will be doing special read-out-loud-a-longs in libraries on World Book Day. More information and a special recording of Greg reading the World’s Loudest Comic Strip in Beano can be found at beano.com/LibrariesAloud