Cannes Lions presents ‘Zen and the Art of the Publicity Stunt’.

LONDON, Wednesday 14TH JUNE 2016: The agency behind some of the most exciting, and disruptive pieces of stunt marketing of the last 15 years will be discussing the art of the publicity stunt this Saturday, in a special keynote at Cannes Lions.

In “Zen and the Art of the Publicity Stunt”, Taylor Herring’s creative directors James Herring and Peter Mountstevens will be exploring where publicity stunts and viral marketing can cut through where conventional advertising fails. 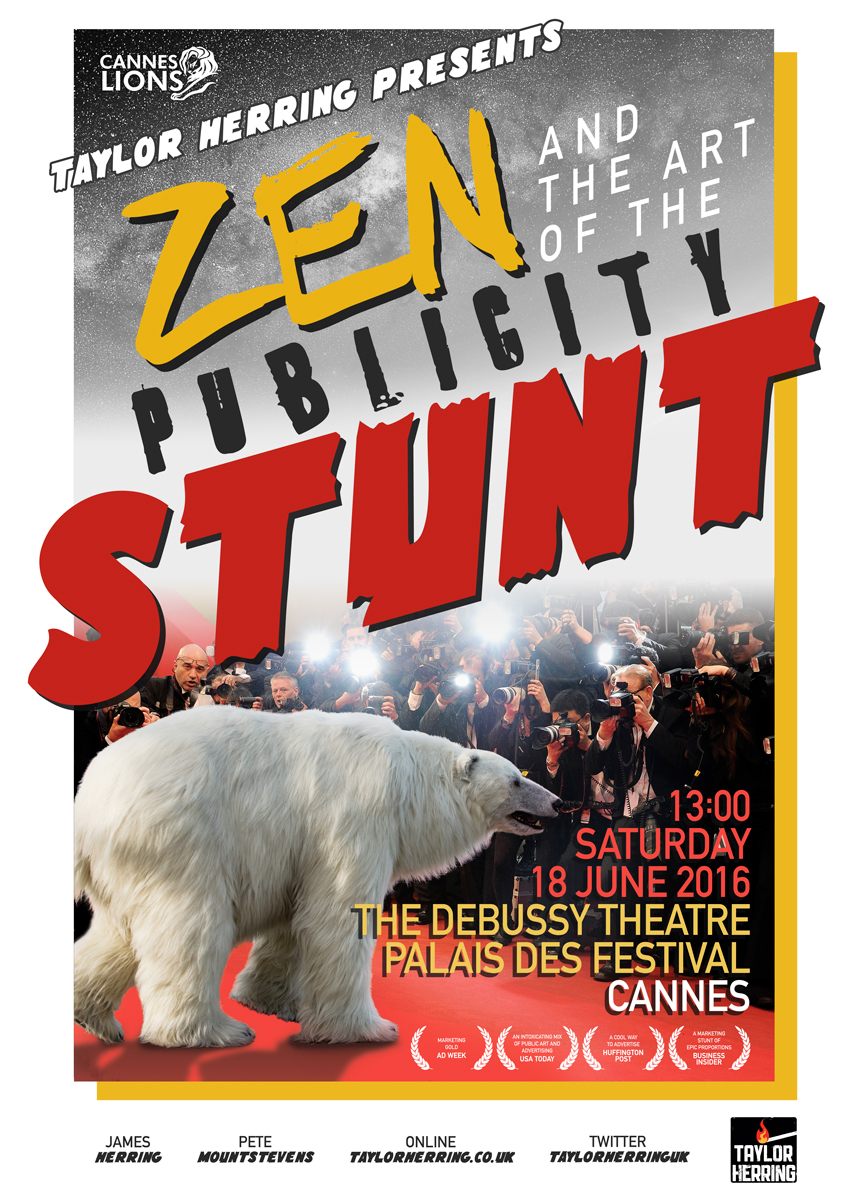 The London-based agency has become renowned for attention-grabbing campaigns that capture the imagination and hit the headlines.

The session will brand storytelling in its most potent form – drawing on insights from the likes of Donald Trump, Greenpeace, Richard Branson, Red Bull, AirBnB and Uber.

This unmissable session is set to feature a stunning appearance from a life-like, 8ft, adult Polar Bear, controlled by puppeteers from the West End Musical War Horse. The award-winning bear was the centrepiece of a campaign created by Taylor Herring for British TV channel Sky Atlantic.

Those who can’t attend the special presentation this Saturday afternoon will still have a chance to meet the remarkable bear in Cannes this weekend, as he will be prowling the beachfront and the Croisette through the course of the festival.

Zen and The Art of the Publicity:  13:00 on Saturday 18th June, The Debussy Theatre, Palais Des Festival, Cannes,

Advance copies of the keynote are available on request