It’s not often that toilets are associated with happy thoughts (unless you have just found one after a long and desperate search). That did little to stop toilet cleaning brand Bloo though, who set themselves the mission of cheering up London’s cold commuters, on what’s been described as the saddest day of the year, “Blue Monday”. 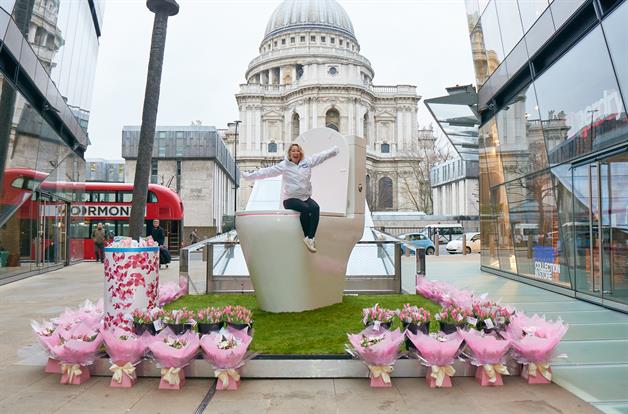 Setting up a fully functioning giant toilet in One New Change, London, passers-by were encouraged to jot down their worries and woes and flush them all down the 2.5 metre high structure, with each participant entered into a prize draw for the chance to win £1,000 and a holiday voucher. As if that wasn’t generous enough, flushers were greeted with pink water and Bloo’s bathroom fragrances (could have been greeted with a lot worse I guess).

Throughout the day, Bloo’s brand ambassadors were seen handing out flowers outside Liverpool Street and Farringdon Underground stations, while a blues band was positioned at base camp (the giant toilet) to provide a musical pick-me-up for pedestrians.

The experiential stunt spread smiles to the faces of beleaguered commuters, and one or two grins in our offices as well.

Coats For The Homeless