That’s the thinking behind the ‘Modesty Booths’ installed in New York by Hot Octopuss, an adult pleasure brand.

Seemingly inspired by Time Out’s recent survey that suggested 39% of New York men have… ‘relaxed’ while at work, Hot Octopuss wanted to give them a chance to do so outside of the office. 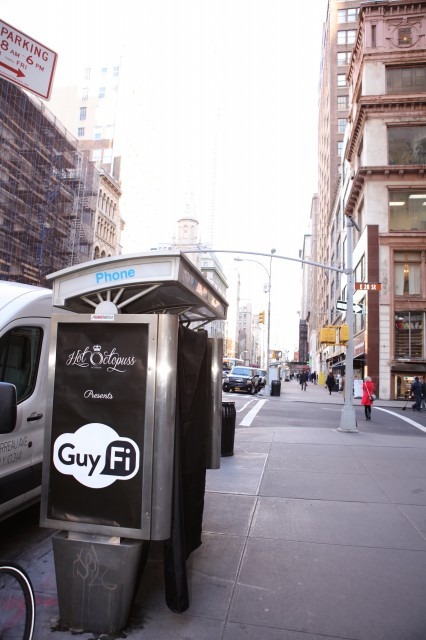 The ‘GuyFi’ booths, or rather the phone boxes with black cloth drapes over the entrance, have popped up in New York City and have, we’re told, been used over 100 times on that first day.

Genius idea? Yes. Great execution? You got it. Hilarious statement from the company? Check. All the hallmarks of a great stunt.

Are you ready to have your mind derailed?