The airline with the most inventive safety videos is back.

That’s right, Air New Zealand has released a new film to entice its passengers to do the unthinkable and actually pay attention to the in-flight safety video.

and Mr Peter Jackson himself.

This was then followed by an All Blacks take over to celebrate the Rugby World Cup. 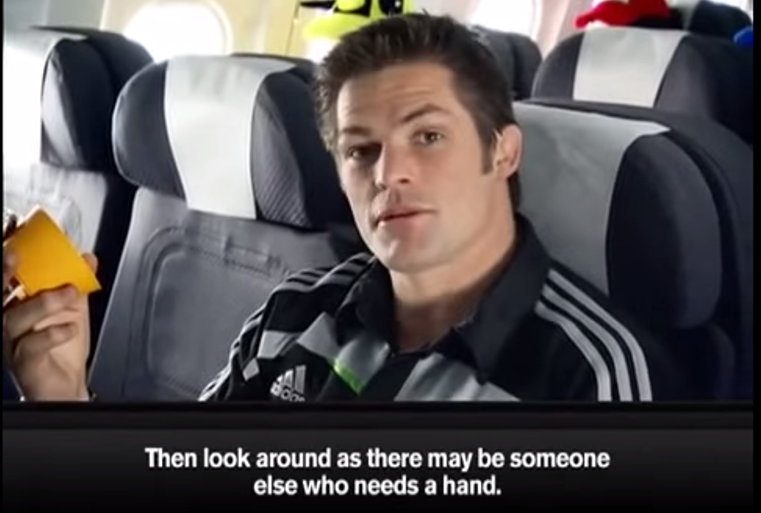 Then came the Sports Illustrated edition (which although loved by probably every teenage boy in the world, came under some fire for objectifying the models).

And now, in a clever twist on the ‘scantily-clad’ theme, we see pro surfers from around the world (both male and female – so there’s no jealousy over objectification) telling passengers how to do up their seat belt, inflate their life jackets and put their bags under the seat in front, whilst engaging in some seriously impressive surfing.

Warning: if you’re sitting in an office in Britain, this video will make you seriously want to go on holiday.

Airbnb launch a House on the Thames

The best way to see Dubai? By Jetpack of course!