Our brains are still bursting with Brexit facts; both true and false. One claim made by the Leave camp which sticks in everyone’s mind is that if the UK left the EU, there would be an extra £350 million a week for the NHS. This bold statement was quickly dismissed after the referendum result despite being proudly painted across a Brexit battle bus. 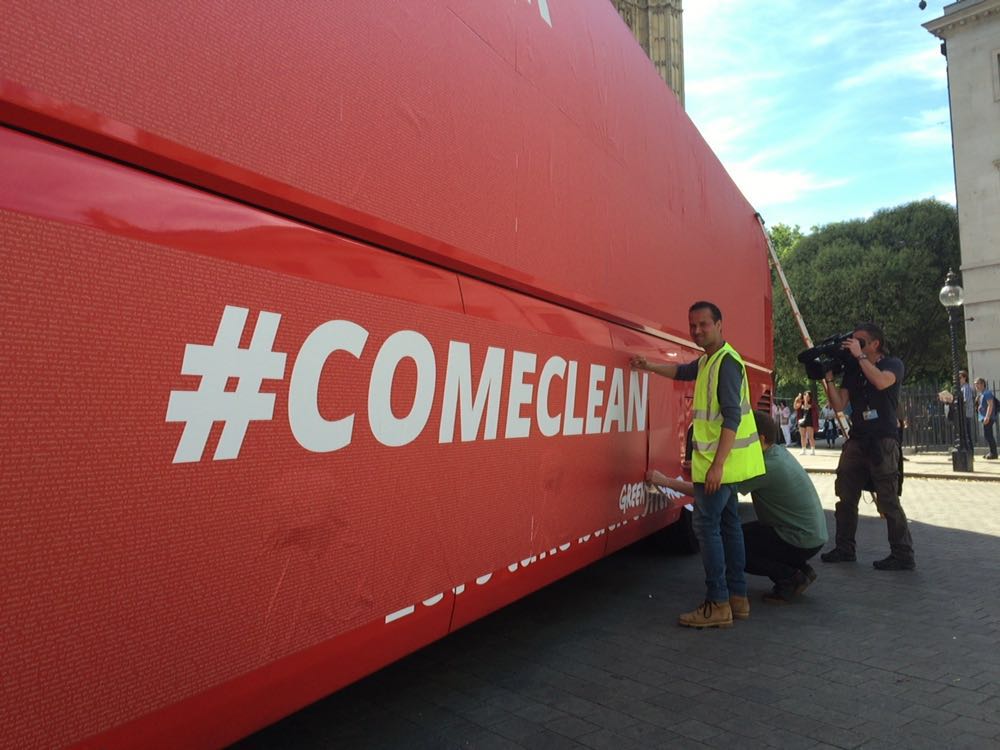 The charity Greenpeace have bought this very bus, instead covering its sides in real questions from both Leave and Remain voters, demanding politicians to #comeclean about what Brexit means for the public.

In an attempt to counter false claims, Greenpeace’s latest stunt is a bold and brash effort at getting to the bottom of broken promises made pre-Brexit.