‘Tap out’- Kozel can whisk you from office to pub with the touch of a button.

In a bid to promote their beer and help out busy workers who are frequently stuck in the office and therefore late to post work pub trips, Kozel have launched an uber-meets-booze type initiative called the ‘tap out’ button which, when pushed arranges a door to door taxi to take the user directly from their office to the pub where two ice cold pints will await the user and a lucky friend, who will also receive a free ride to their chosen pub with only a slight catch; it must serve the Czech beer.

If a free beer and an escape from the office sound right up your street, it could be your lucky day as the company is looking for individuals to trial the scheme by tweeting @Kozel_UK using the hashtag #Pushforpub. 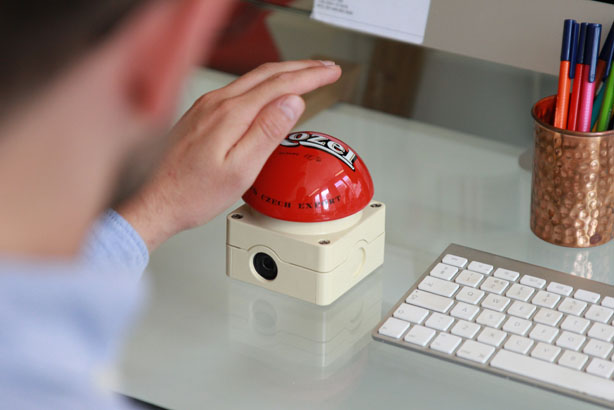 The company has also launched the pint finder app where users can bag a free pint at over 200 pubs across London using their phone’s GPS to discover offers nearest them and use the app’s tinder style function to swipe ‘yes’ or ‘no’ to various offers of 2 free pints, which sounds pretty good to me- Kozel pub crawl anyone?

This is not the first time a beer company has capitalised on Britain’s love of all things free; a tradition began by Guinness in 1959 who famously dispensed 150,000 bottles of the drink into the ocean and continued in April 2015 by Carlsberg who created a billboard at the Old Truman brewery in Brick lane that dispensed free beer as part of their ‘If Carlsberg did…’ campaign, creating what they described as ‘probably the best poster in the world’.  Who can blame them; can anyone really resist a free drink?