The world’s first amphibious ice cream van set sail down the River Thames yesterday ahead of a UK tour.

The vessel reaches a top speed of five knots and chimes Rod Stewart’s classic ‘We Are Sailing’ as it ploughs through the waves. 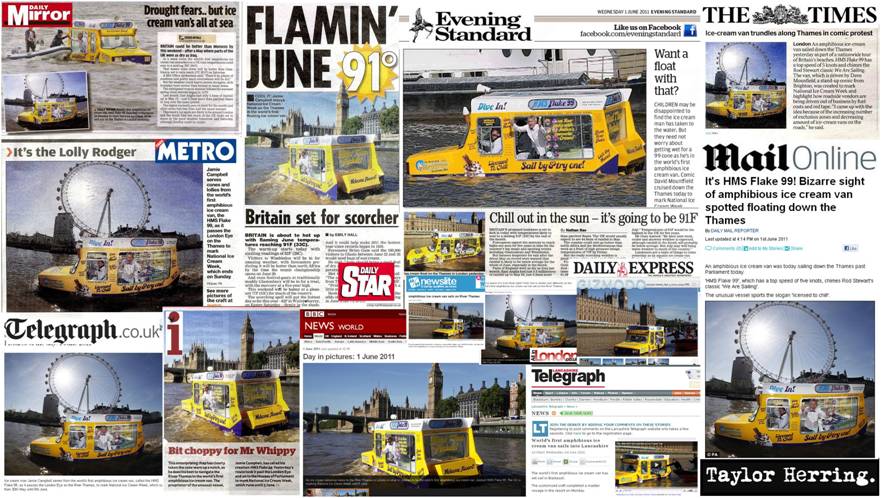 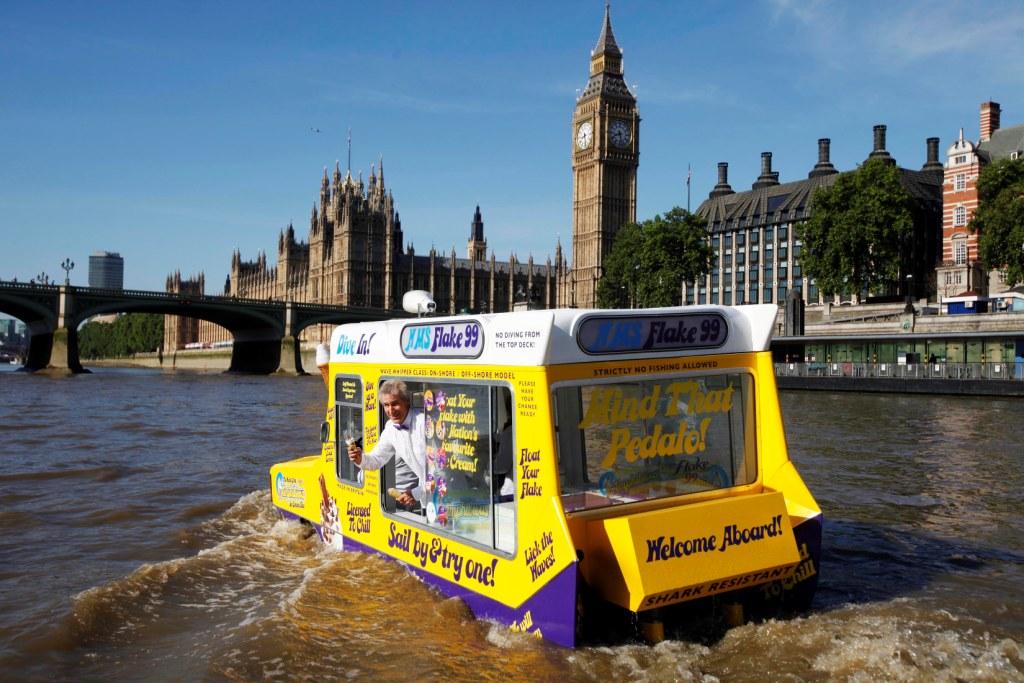 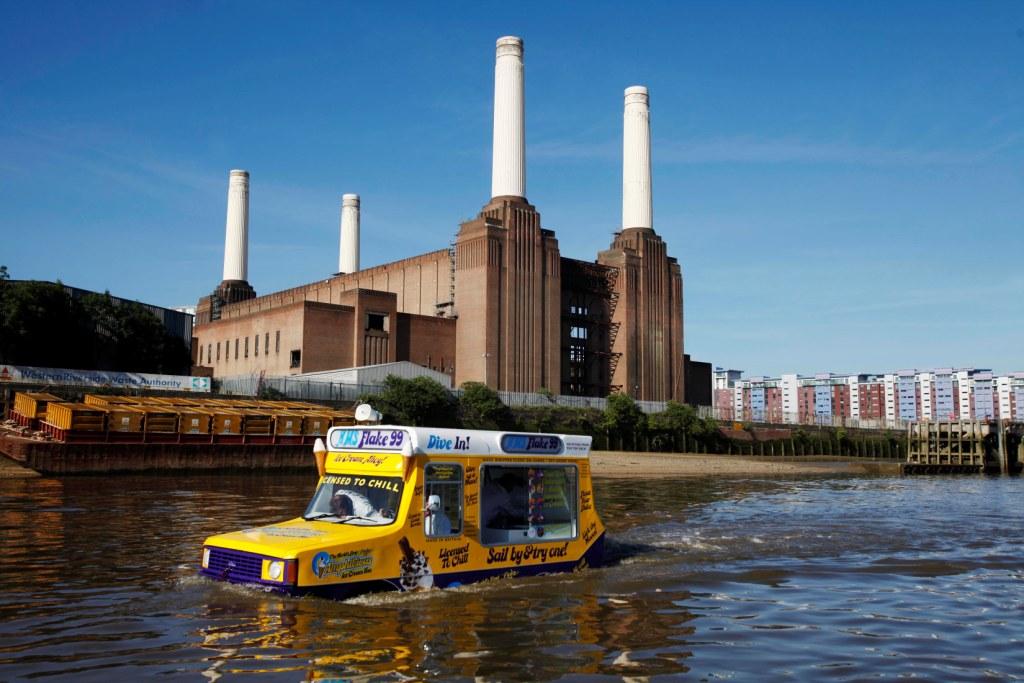 The vehicle brought a smile to commuters’ faces as it passed Battersea Power Station, Westminster Bridge and the London Eye. 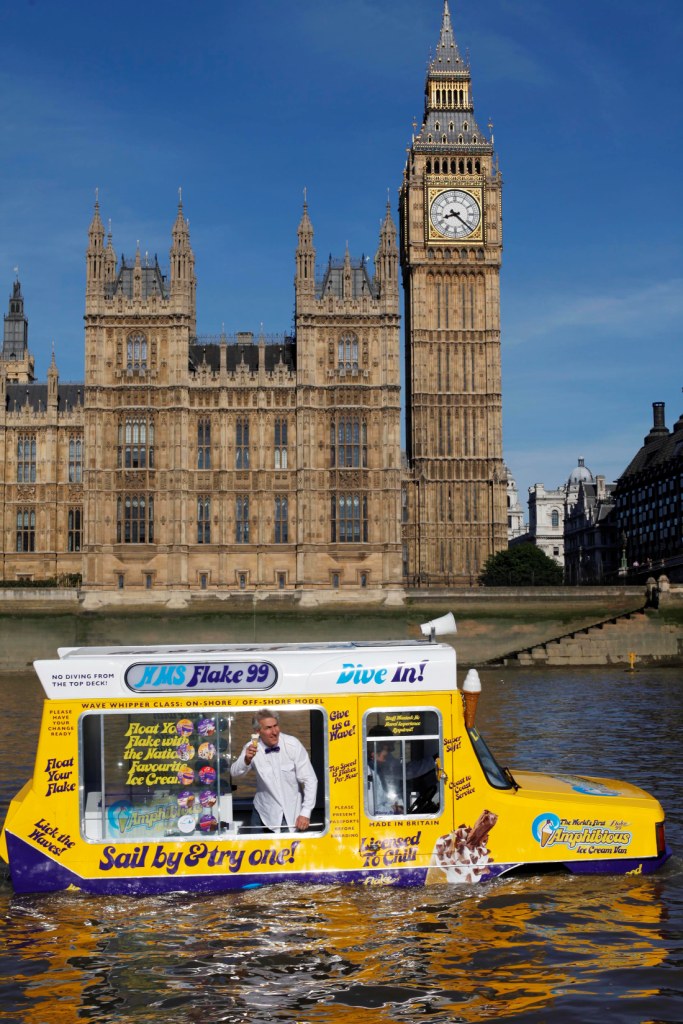 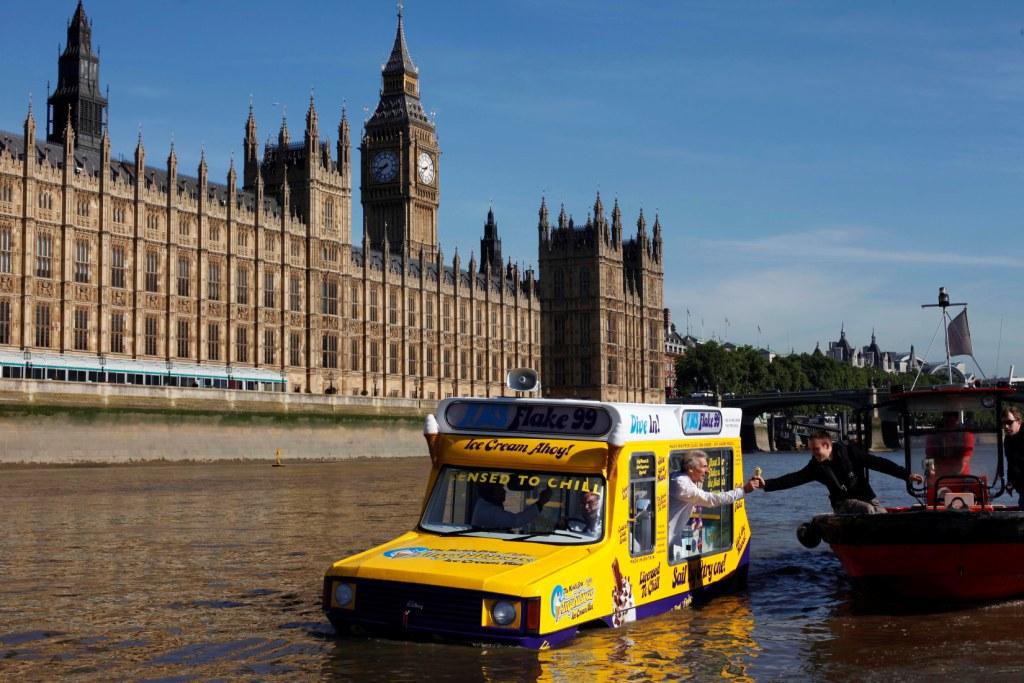 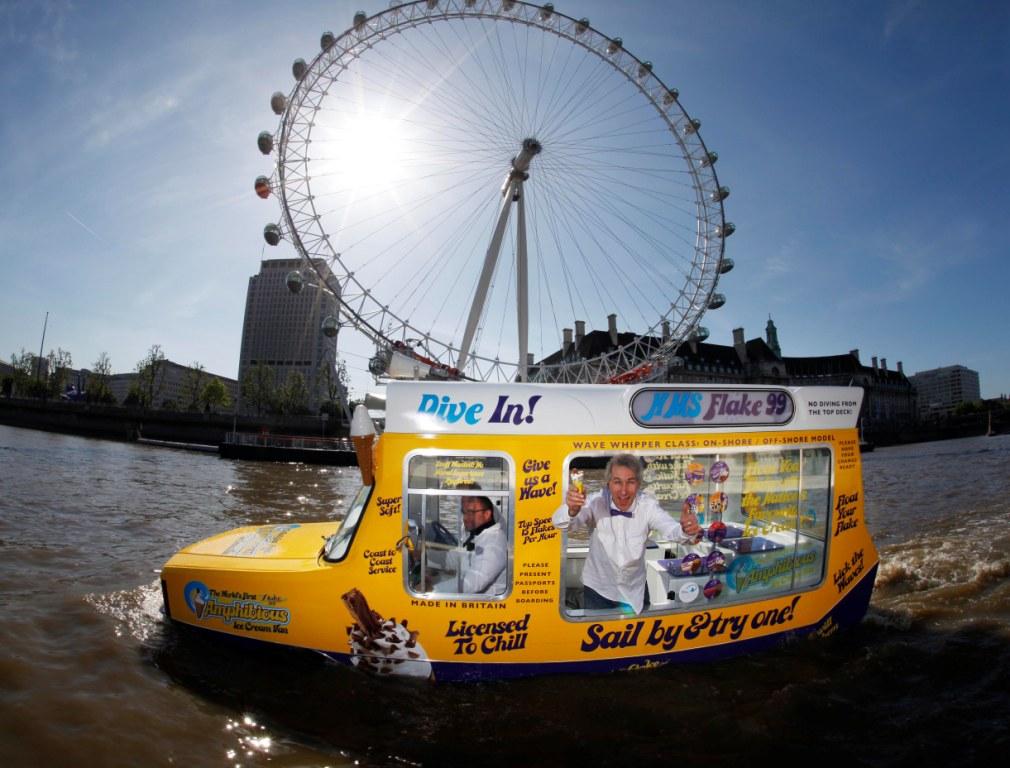 After a nationwide tour of Britain’s beaches, there are plans to take the vehicle across the English Channel and on to the canals of Venice next year.

Early morning strollers and boating enthusiasts enjoyed scoops by the surf in Blackpool on Monday when the customised craft completed a successful, secret maiden voyage. 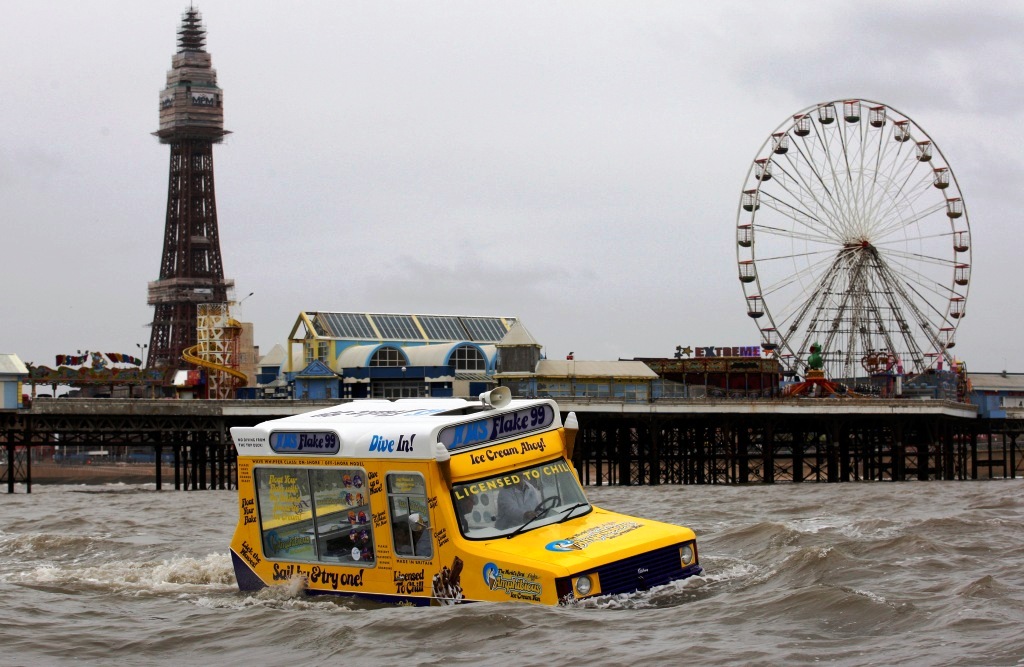 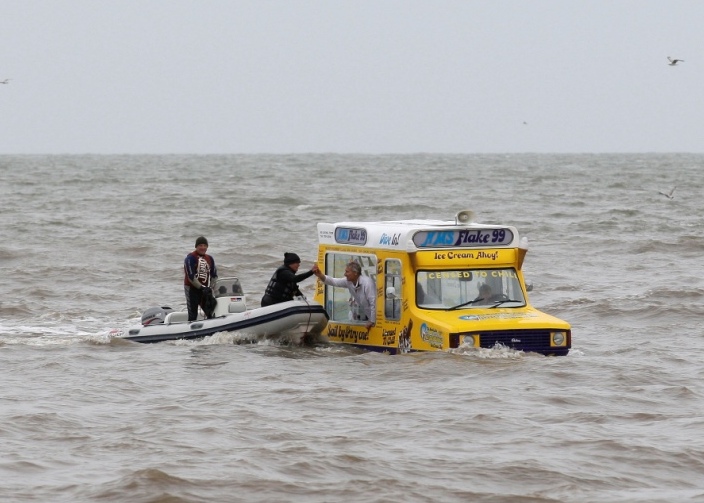 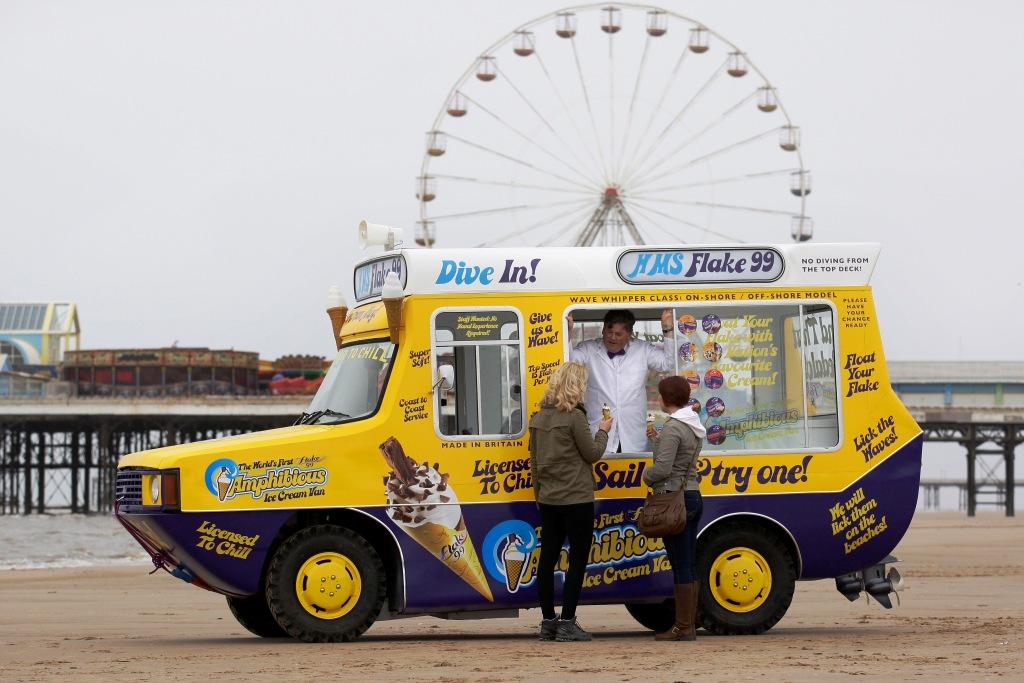 The vehicle will now commence a tour of UK beaches – visiting thousands of sun seekers on Britain’s beaches as the staycation boom continues.

A growing number of councils ban vans from housing estates, parks and outside schools because of concerns about noise pollution. Others have created ice cream selling ­“exclusion zones” in town ­centres, hiked the cost of a van operator’s licence and limited how long vans can sound their chimes.

She’s captained by ice cream mad David Mounfield, a stand-up comedian from Brighton, who was chosen after winning an online competition.

Jenny Bostock, Consumer Marketing Manager for Fredericks in Skelmersdale, Lancashire comments: ” If you can’t make it to your local beach to see our van, you can always pick up a pack of four from your local supermarket. We are now considering taking the remarkable vehicle across the Channel and onto the canals of Venice to champion Britain’s beaches and give our continental cousins the ultimate taste of the British summertime.”