LONDON, Monday 6th June 2011: It may not sound like the most romantic destination, but the macabre-sounding Copse Hill Road in Lower Slaughter, Gloucestershire, has been named as the most romantic street in Britain in this year’s Google Street View Awards. 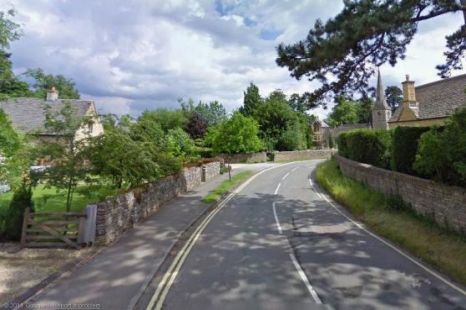 The 2011 awards, which were specially devised by Google to find and celebrate Britain’s best streets, focused on three specific categories; Most Romantic Street, Best Shopping Street and Britain’s Hippest Street.  A shortlist of 20 nominations was compiled by the Google panel of experts from the world of travel, shopping and lifestyle including Visit Britain, Lonely Planet, Mr & Mrs Smith Guides and a host of celebrities and leading journalists, before being put to the national vote. 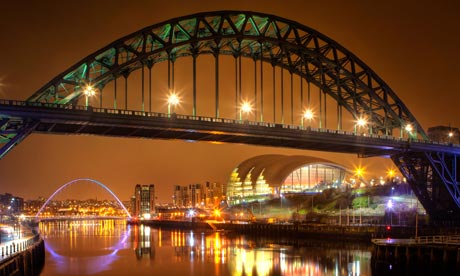 Over 20,000 people voted within a two week period from Friday 6th– Friday 20th May, and competition was fierce. The three winning streets faced tough opposition from 57 other streets across 10 regions in the UK.

Proving they are streets ahead of the competition, Copse Hill Road in Lower Slaughter takes the crown for Britain’s Most Romantic Street. Britain’s Hippest Street goes to South Shore Road in Gateshead, which stormed to the top in its category, and Bondgate Within in Alnwick takes the title of Best Shopping Street.

The 2011 Awards follow the huge success of the inaugural Street View Awards last year, which named The Shambles in York as Britain’s Most Picturesque Street.

Today’s winners announcement is supplemented with new research on Britain’s use of Street View which suggests that Google’s revolutionary tool is more popular than ever before;

The survey results reveal that Brits are using Street View an average of twice a week to discover new shops, restaurants, hotels and businesses across the UK.  More than half of Brits polled (55%) use Street View to plan a visit to a UK tourist attraction and the surrounding area, stating that the look of a street will affect whether or not they choose to visit. Street View currently allows users to view and navigate 360 degree street-level imagery in over 90% of the United Kingdom.

The experts were asked to nominate streets that fulfilled a pre-set criteria for each category.  For Britain’s Most Romantic Street, the panel were looking for aspects that make a street romantic, such as beautiful architecture, stunning views, a romantic ambiance, secluded getaways, restaurants/hotels and street lighting. The streets nominated for Britain’s Hippest Street, offered a hip ambiance and vibrant atmosphere. This could include clubs, art galleries, shops, cafes, bars, restaurants or street art. For Britain’s Best Shopping Street, each street nominated should have offered a broad range of shopping options from independent boutiques to high street, clothes, food and home wares; across a diverse price range.

Their nominated streets highlighted a series of British treasures ranging from famous tourist attractions, to hidden avenues and courtyards across the UK.

Laura Scott, External Relations Manager for Google said: “The Google Street View Awards celebrate the many fantastic streets that Britain has to offer. The results reveal a diverse cultural landscape; from romantic hot spots, to hip destinations and shopping locations – these are now firmly on the map! With Brits using Street View at least twice a week to check out hotels, shops and landmarks, I’m delighted that these awards help showcase Britain’s Best Streets.”

Copse Hill Road’s win goes to show that the rather spooky name of the village, Lower Slaughter, did not deter users from checking out the location on street view and voting for it. Copse Hill Road is located at the centre of the quintessentially English village of Lower Slaughter. The street ticks all the boxes for romance, containing traditionally styled natural Cotswold sandstone houses, beautiful greenery, and the picturesque 13th Century church of St Mary’s. It offers couples stunning views and an incredibly romantic ambience, with lovers able to stroll hand and hand along the banks of the river the stream that runs through the village.  This popular destination for honeymooners is located in the English county of Gloucestershire, Lower Slaughter is known as one of the prettiest villages in the Cotswolds.

Lisa Scott, Travel Editor of the Metro said: “This road ticks all the boxes. I love how it winds past the stone cottages, the wild hedges and the church.”

Chris Dee, Tourism Manager for the Cotswolds at www.cotswolds.com said: “It’s true; the Cotswold is for lovers!  We know how many of our visitors use Street View – it’s an incredible resource for tourism. We are thrilled that this typical Cotswold street has been voted the essence of English romance by romantic Google users from around the world.”

South Shore Road is rapidly becoming the place to see and be seen in the North of England, with it’s vibrant mix of the arts, exciting atmosphere, and breathtaking views across the Tyne.  Credited as being behind the regeneration of Gateshead, music venue The Sage and the art gallery BALTIC are located here, both of which are recognised for transforming both Newcastle and Gateshead into areas of vibrant culture. BALTIC is a major international centre for contemporary art and will host the Turner Prize 2011 in October. The Sage is a unique music venue, an international home for music and musical discovery, which has brought about a widespread and long-term enrichment of the musical life of the North East of England. Over the Bank Holiday weekend, one of the stages for the Evolution Weekender Festival was located on South Shore Road, with Katy B, Caribou and Annie Mac all performing there. The street was also used for the launch of Gateshead’s city bid, on 26th May 2011.

Sarah Stewart, Chief Executive of destination marketing agency NewcastleGateshead Initiative, said: “South Shore Road really represents the cultural regeneration of NewcastleGateshead as it’s home to renowned attractions BALTIC Centre for Contemporary Art and international music centre The Sage Gateshead, both recognised as iconic symbols of the destination. South Shore Road forms part of the NewcastleGateshead quayside and provides unrivalled views of historic landmarks including the Tyne Bridge, Swing Bridge and the world famous St James’ Park – home to Newcastle United Football Club. It also acts as the pathway to the world’s first and only tilting bridge – The Gateshead Millennium Bridge – which celebrates its 10th birthday in 2011.  This relatively new street, which hugs the River Tyne, is deserving of the title ‘Britain’s Hippest Street’ given its location in the ‘hipster capital of the North’, as described in the new Lonely Planet Great Britain guidebook.”

Chrissy Illey, renowned lifestyle journalist said: “[South Shore Road] has spectacular views of the Tyne, with the Baltic art gallery is at the foot of it. It was a former flour mill and now houses a superb collection of modern art. Its presence alone singularly transformed the area into one of vibrant culture.”

Councillor Mick Henry, Leader of Gateshead Council, said: “Tens of thousands of visitors come to South Shore Road every year to visit BALTIC, take a stroll across the Gateshead Millennium Bridge, and listen to great music at The Sage Gateshead. All three are major international icons and it’s an absolute must-see for anyone coming to Tyneside. But we haven’t finished yet! We recently launched our bid for Gateshead to become Britain’s newest city – and needless to say we chose to do so from the centre of the Gateshead Millennium Bridge on South Shore Road.  It says everything that needs to be said about Gateshead – modern, hip, stylish and ambitious. This is a fantastic award. Gateshead is definitely a place where great things are happening, so I suppose it should be no surprise that other people think so too, but it is still a pleasant surprise when people put Gateshead on top. The Google Streetview Award is something that Gateshead will treasure.”

Claire Byers, BALTIC Deputy Director said: “The skyline of South Shore Road is known the world over, with the award winning Gateshead Millennium ‘winking’ Bridge, The Sage Gateshead and BALTIC. It not only offers fantastic views of the River Tyne but boasts some of the best contemporary art in the world, superb live music, festivals, events and delicious places to eat, drink and meet friends. No wonder it has come to symbolize NewcastleGateshead as one of the best locations in the country.”

Bondgate Within is the ideal Shopping Street, with its perfect blend of independent shops as well as on trend high street stores, selling everything the discerning shopper could ever hope for. Located in the historic Northumberland market town of Alnwick, Bondage Within is a wide spacious road fronted by attractive shops. It is loved for its mixture of family run shops that have been located on the street for generations with the latest fashion stores selling the latest must have items. Bondgate Within offers a real sense of history as the street is entered through the archway in Bondgate Tower, a 15th century stone three storey gatehouse.  Nearby is the visitor attraction of Alnwick Castle, home to the the Duke and Duchess of Northumberland, renowned for its beautiful gardens and referred to as the “Windsor of the North.”

David Else, Lead Author of the Lonely Planet Guide to Great Britain said: “Part of a triangle of streets around the Old Market Building in this historic Northumberland town, Bondgate Within offers a great mix of high street stores and supermarkets with a wide choice of independent stores.”

Alan Symmonds, Mayor of Alnwick said: “I am delighted that Bondgate Within in our town of Alnwick has won the prestigious Google Street View Awards for 2011 for best shopping street. Bondgate Within more than holds its own in the formidable list of nominees. As you enter the street through the ancient Hotspur Tower there is a historic panorama in which there is a wide range of shops and services that cater for both residents and visitors. The street is characterised by a large number of individual shops, many of which are well established family businesses and all of which pride themselves on offering a personal service to their customers.

This award  follows  other awards for Alnwick and confirms that it is a wonderful place in which to live and a fantastic centre for tourists.”

Carlo Biagioni, Chairman of the Alnwick Chamber of Trade said: “I believe that Bondgate Within won the award because there are many independent retailers in that area giving excellent personal service. Also, the architecture including Bondgate Tower is spectacular and the cobbles are reminiscent of times gone by.”

Gordon Castle, County Councillor for Alnwick said: “This is great news for our town and follows on from the Country Life Magazine accolade of “Best Place to live in Great Britain” of a few years ago. The award is well deserved recognition that there are few shopping streets in the country so scenic, historic or impressive as Bondgate Within, and it is yet another reason for visitors to make the journey to a town without equal in the United Kingdom. Nowhere else will you find such fine buildings, such great historical interest, such a cluster of high class tourist attractions and excellent shops all set in amazing, uncrowded countryside right next to the finest coastline in Britain and overlooked by one of the greatest fortresses in the land.”