LONDON, 11th July 2017: It may be summer, but this morning winter arrived in Britain. At first light The Night King was spotted travelling south on horseback from Hadrian’s Wall. 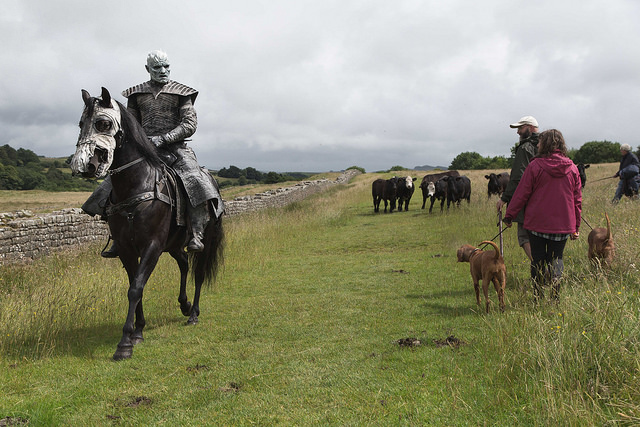 Passers-by were left stunned as he descended on London joined by a troop of White Walkers, with sightings at Oxford Circus, Tower Bridge and The Tower of London, as they advanced on Buckingham Palace’s Throne Room. 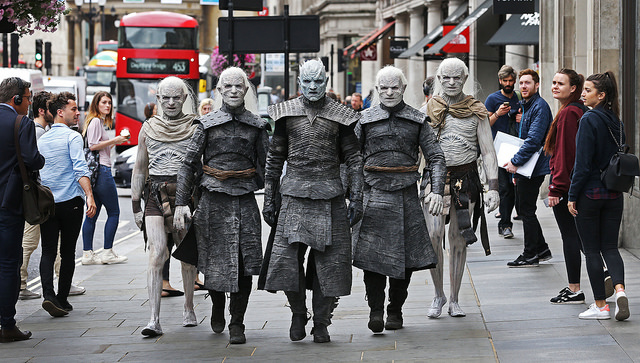 The sightings mark the return of Game of Thrones to Sky Atlantic and NOW TV next Monday 17 July at 9pm.

The Night King set out from Hadrian’s Wall, a location that famously inspired George RR Martin’s vision for The Wall, a 700-foot ice wall in Game of Thrones that’s defended by the Night’s Watch and stretches for 300 miles along the northern border of the Seven Kingdoms. 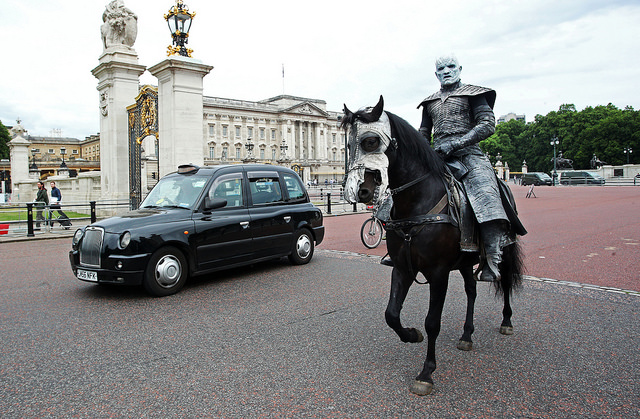 Five actors were transformed into White Walkers for the stunt, using specially designed prosthetics and a team of stylists and body paint artists to complete the look. It took over eight weeks to create the full costumes, and each actor spent four hours in makeup before hitting the streets of London. 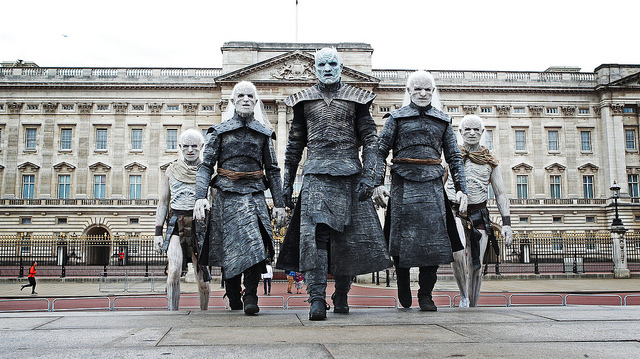 Over five million viewed each episode of Season 6 across Sky’s platforms, including NOW TV and Sky Go, and saw the Night King’s full force revealed as he descended on Brandon Stark, Hodor and Meera Reed beyond the wall. Commenting on what to expect from the White Walkers in Season 7, Rory McCann (Sandor Clegane, aka The Hound) said: “This season everyone needs to join forces and fight the White Walkers. Because if they don’t… everyone’s getting it.” 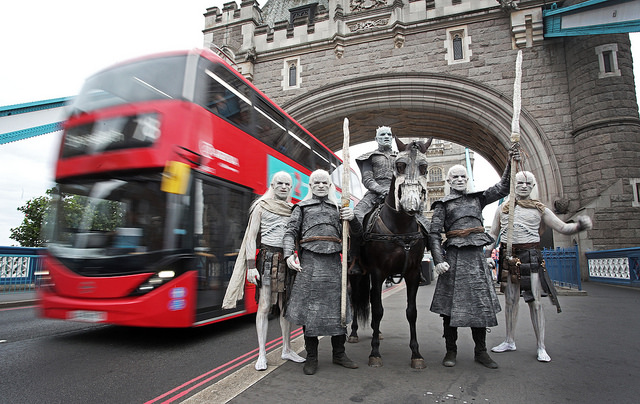 Speaking about his character Bran’s new role as the Three-Eyed Raven, Isaac Hempstead-Wright said: “They are sworn enemies from the first day of time, the Three-Eyed Raven and the Night King. Bran knows better than anyone the terror and fear that they should all be feeling with this threat looming over them. All that matters is the Great War.”

Commenting on the show’s imminent return, Zai Bennett, Director of Programmes, Sky Entertainment UK and Ireland, said: “It may be summer in the UK, but after six seasons, winter has finally arrived in Westeros. With Jon Snow crowned King in the North, Cersei on the Iron Throne, Daenerys Targaryen and her colossal armada crossing the seven seas to Westeros and the Night King moving south at the helm of a truly terrifying army of the dead, the greatest battles are truly ahead of us. With this in mind it seemed fitting to unleash our very own troop of White Walkers on locations across the UK.”

Watch Season 7 of Game of Thrones on Sky Atlantic and NOW TV from Monday 17 July at 9pm.