To help beat the January blues in the Viking office, staff were asked to decorate their desks with fun and creative things.

One team decided to build a giant castle.

According to the Viking blog ‘In total, the castle used a staggering 500 pieces of waste cardboard, with the four members of our team staying late to covertly construct the castle throughout the night. No one in the office knew about this project until it was finished and to capitalise on this, the team set up a secret camera to film their colleagues’ reactions as they arrived at work.’ 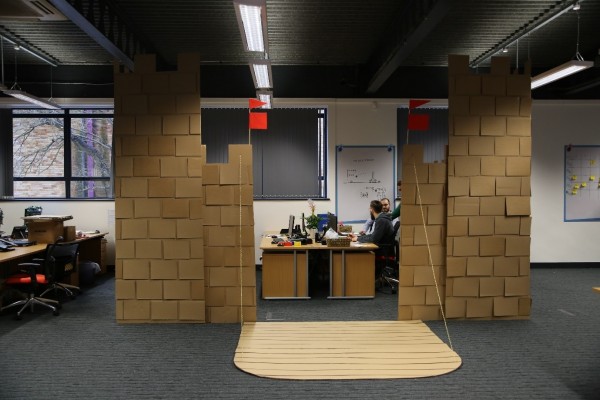 You can read a more detailed description of their build here.

An image gallery has already attracted over 220,000 views on viral picture site Imgur.