LONDON, 15th January 2015: It’s a throne fit for a King – cereal giant Kellogg’s has unveiled Uri Geller’s latest creation, a magnificent ‘Throne of Spoons’ to celebrate its most exciting on pack promotion to date. 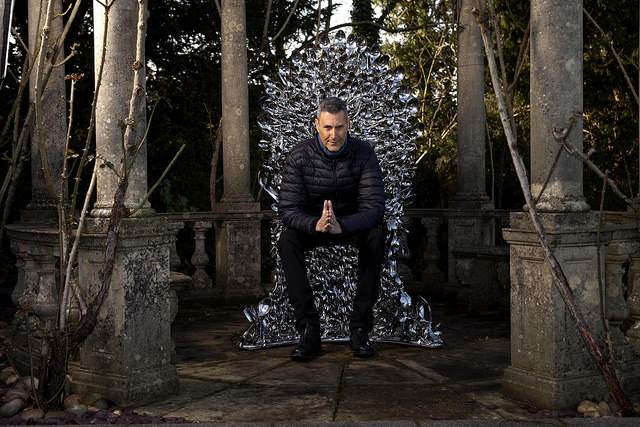 The throne was inspired by the Iron Throne from hit TV show ‘Game of Thrones’.

The custom designed, one of a kind throne took Uri and Kellogg’s design team two months to build using a total of over 2,000 spoons – each was single handedly attached to the throne structure.

A handful of the spoons used to construct the throne were gifted to Uri over the years by a host of his celebrity friends such as John Lennon, Robin Gibb and Mick Jagger. 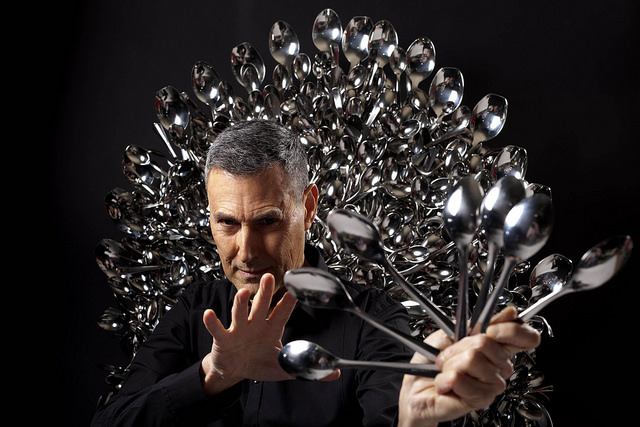 The throne will take pride of place amongst Uri’s impressive collection of memorabilia which includes a crystal rock sphere given to him from Salvador Dali and a Cadillac covered with thousands of spoons from a host of iconic figures such as Winston Churchill, Elvis and Nelson Mandela.

The throne was commissioned by Kellogg’s as part of a new on pack promotion to send off for a free, personalised spoon.

The throne will be unveiled in all its glory at a free ‘spoon bending breakfast’ event on Saturday 24th January at Westfield W12 London, where Uri aims to bend his one millionth spoon whilst attempting to teach members of the public the secrets behind his ability.

Audience members can also have their very own Ned Stark moment and have their picture taken on the throne with Uri himself.

Uri Geller said, ‘I’ve seen and done some incredible things and the Throne of Spoons is certainly up there as one of them I’m really excited to be a part of the Kellogg’s project and hope everyone will pick up their free, personalised spoon to eat their favourite cereal with.’

To take part in the spoons promotion and claim a free, personalised spoon, simply pick up three packs of Kellogg’s cereal, enter the codes on the Kellogg’s website, choose a size (adult or child) and it will then be sent in the post.

The spoon can be engraved with either a name or phrase as well as a Kellogg’s character including favourites Tony the Tiger and Coco the Monkey.

A Kellogg’s spokesperson said ‘We wanted to bring the fun factor to the launch of this latest Kellogg’s on pack promotion. Uri looks fantastic on his “iron throne” channelling Ned Stark and we hope he inspires everyone to claim their free personalised spoon and join us at our breakfast in January.’

The Kellogg’s breakfast with Uri Geller will take place on Saturday 24th January at Westfield London W12 from 10am.

To find out more about the promotion, GO HERE  and to reserve a place at the breakfast, email [email protected]

Pictures for editorial use here

Estate agents and traffic wardens will be replaced by ROBOTS in 50 years, SyFy expert predicts