Estate agents and traffic wardens will be replaced by ROBOTS in 50 years, SyFy expert predicts.

Human workers across a plethora of service sectors and caring professions could be replaced by robots within the next 50 years according to leading British scientist Dr Maggie Aderin-Pocock.

She predicts that some therapeutic care for the elderly and even our children, as well as maligned service sector jobs such as estate agents, traffic wardens and call centre workers could to be replaced by Artificially Intelligent (AI) systems within our lifetimes.

Maggie Aderin-Pocock worked with an artist to reveal her vision of how robots might be used by humans in the future – and according to her they could be very busy indeed, possibly giving us parking tickets and even selling us houses! 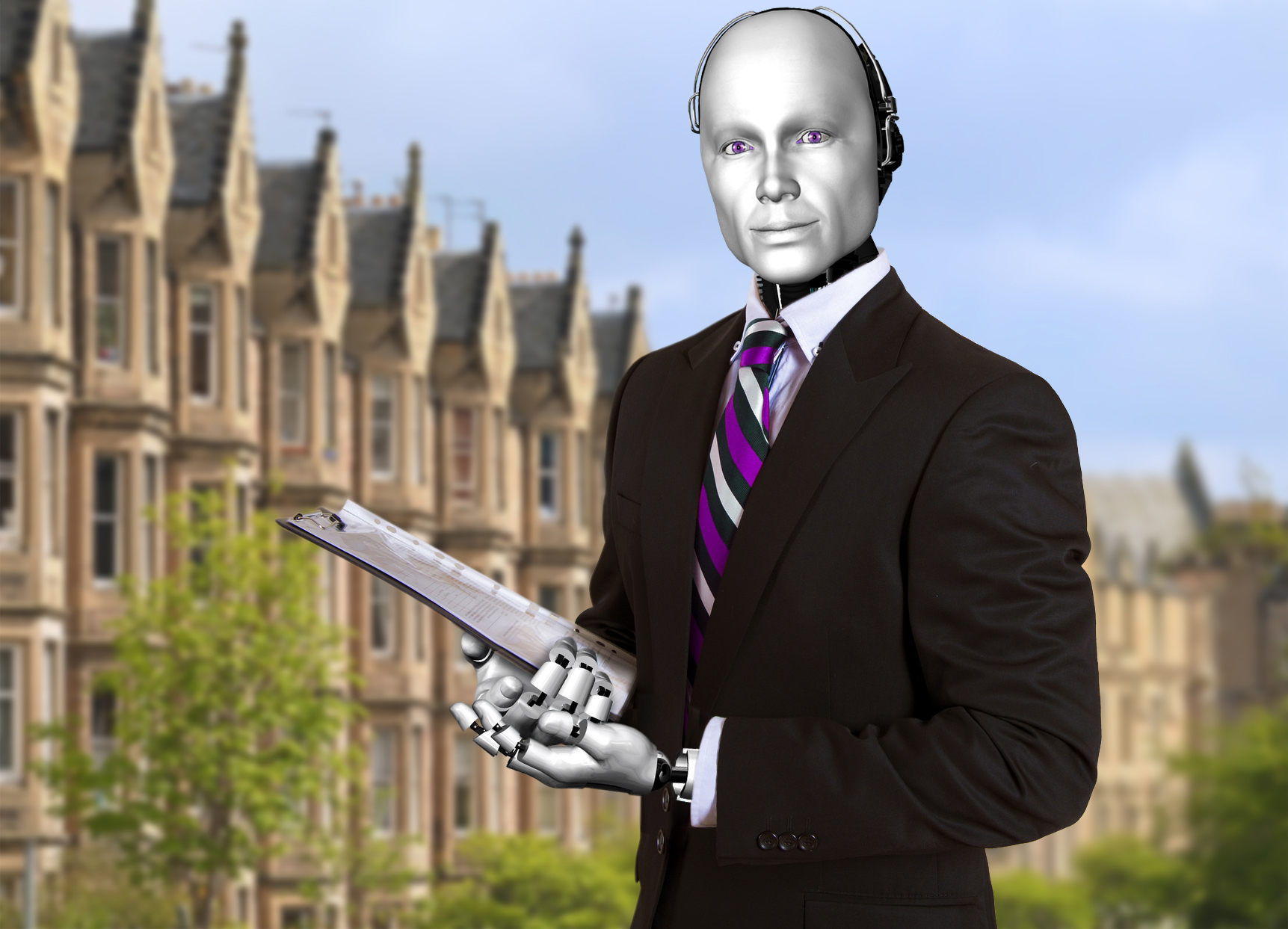 These images of the future of AI were commissioned to celebrate the launch of new TV series Extant, which starts on Tuesday 20 January at 9pm on Syfy.

The series, from Stephen Spielberg and starring Halle Berry, explores the story of a female astronaut trying to reconnect with her husband and unique son, a prototype android called a ‘humanich’, after returning from a year in outer space.

Aderin-Pocock suggested that the rapid advances in technology achieved this century are projected to continue at an astonishing rate, allowing for fully functioning artificial intelligence to no longer be limited to the realms of science fiction. In fact, she predicts that robots will soon be able to replace humans in many areas of the workplace, taking on a variety of jobs across the service and caring sectors. 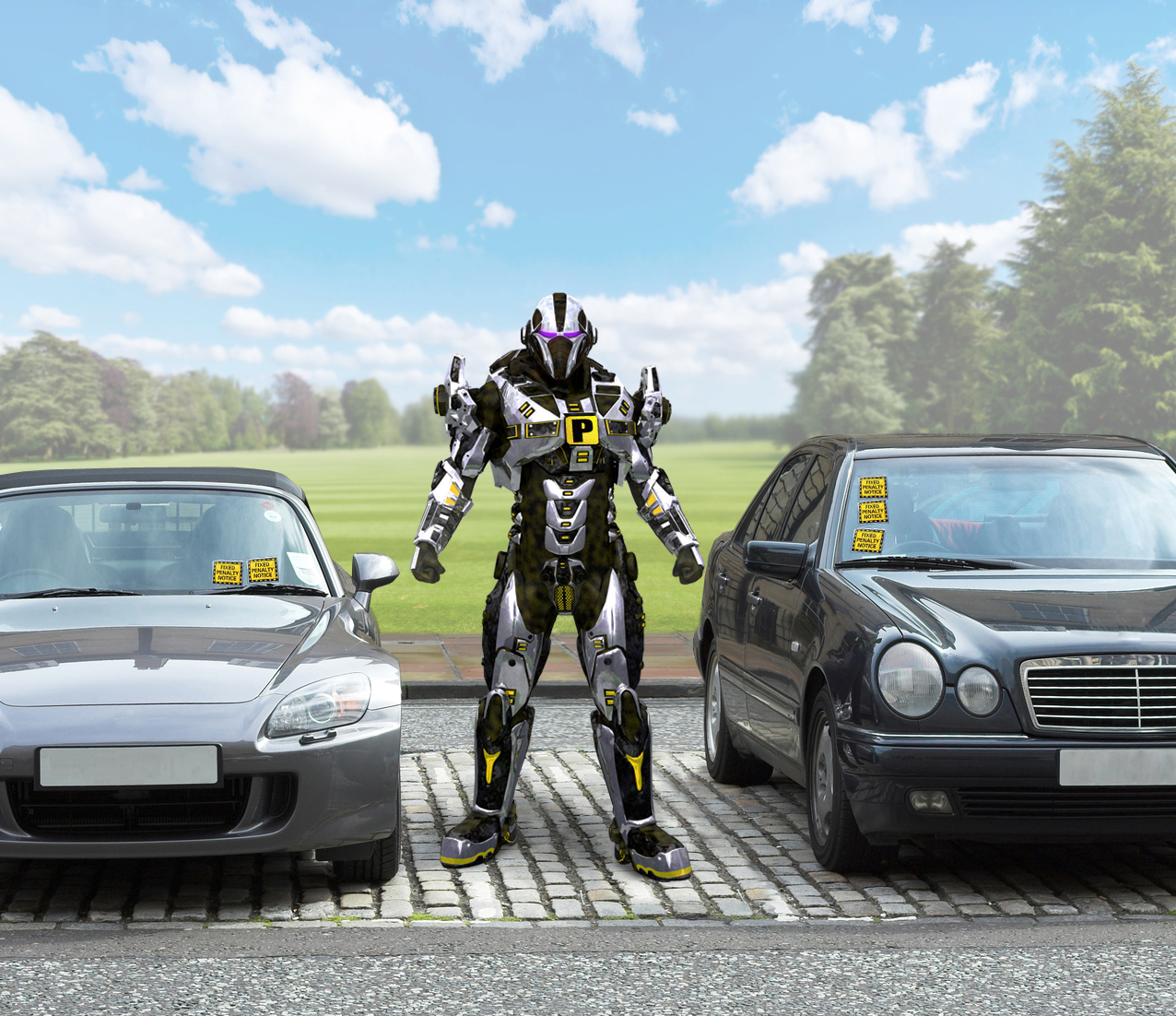 She states that “to date, mechanisation has generally been used to do the manual, repetitive stuff that we don’t want to do,” explaining that this attitude towards the use of robots is likely to continue “once independently-intelligent beings are manufactured”. Traffic wardens (65%), estate agents (40%) and car salesman (33%) could soon be lost to history as research specially commissioned by Syfy asked 2,000 respondents which jobs they thought were most unpopular and could be amongst the first to go. 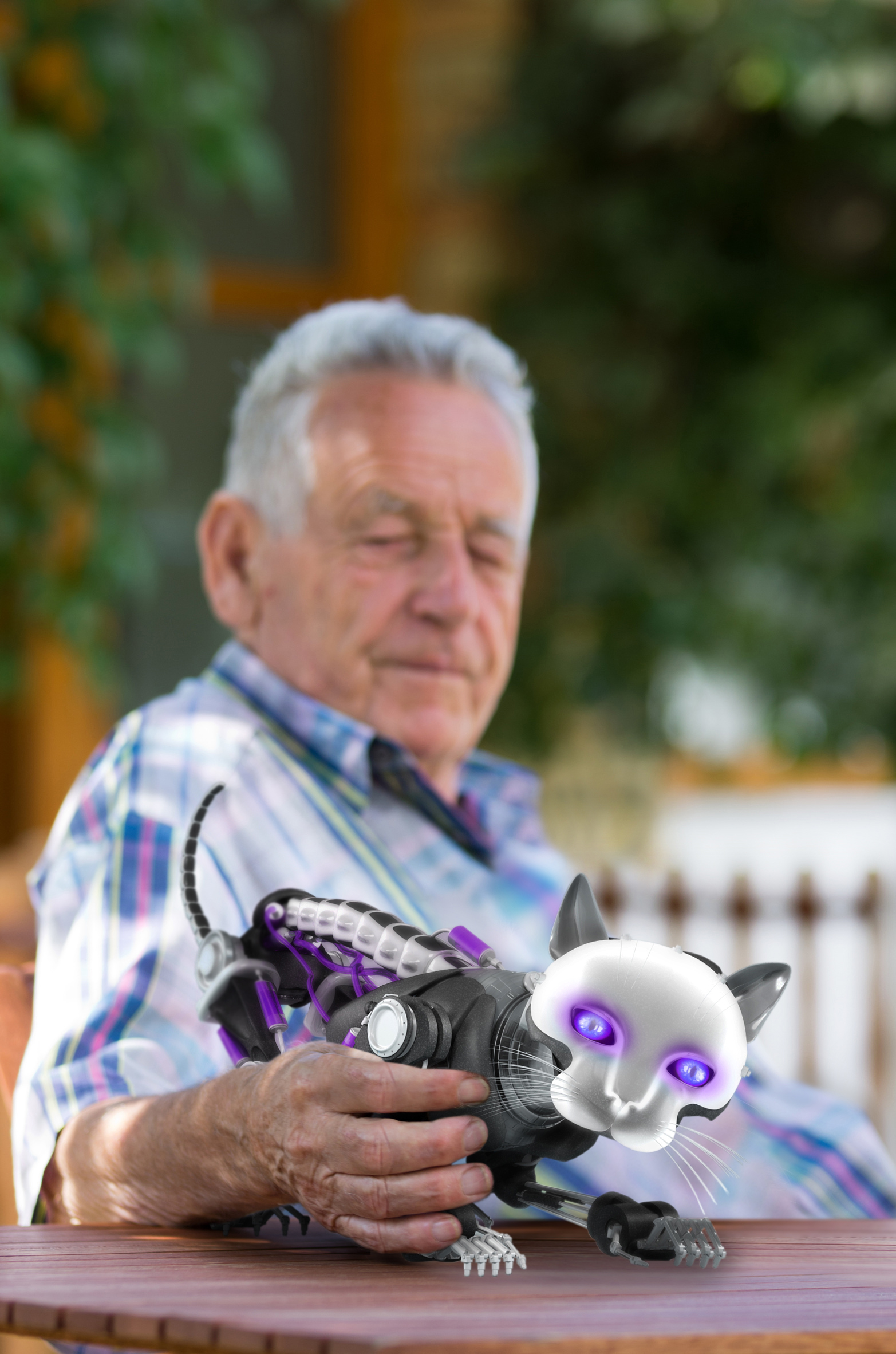 The idea of using simplified forms of AI technology in the caring sector is already being tested, with therapeutic robots that respond to the user’s tone and facial expressions, and Dr Aderin-Pocock can only see this increasing.

Since we are living in an aging population, in the future many more resources will be spent on the care of the elderly and there is likely to be an increase in age-related problems such as dementia. Recent studies indicate that external mental stimulation and physical interaction increases the quality of life of older people in care homes. In response to this, there has been a development in therapeutic robots which have shown to have a beneficial effect on many, especially dementia sufferers.

Aderin-Pocock asks “which would you prefer to be in the hands of an overworked, underpaid, disenfranchised worker doing long hours for minimum pay, or a therapeutic robot designed to respond to your every need and engage with you intelligently no matter how many times you have asked the same question? Imagine then, that this unit has access to relevant information about an individual’s past, so it can respond to and converse with the person; finding ways to simulate their thinking as well as monitoring vital signs in order to flag changes early.”

But this could just be the beginning, once we are comfortable with the use of AI technology in the home and see its many benefits, attitudes towards its more general use may be transformed. Aderin-Pocock believes that this technology could filter down to other caring jobs. “Imagine parents or schools being supported by a dedicated childcare unit – your child’s personal friend and teacher; a unit that delivers the right levels of work and play, stimulating our kids to achieve more!”

Further advances in technology could also lead to humans investing in android companions with Aderin-Pocock suggesting wryly that there could be advantages to having a robot companion; “I can see the adverts now… ‘he won’t leave the seat up’”.

Some even believe that in the longer term these ‘perfect partners’ could “lead to a decline in populations, with our needs being fulfilled by artificial relationships restricting opportunities to procreate”. If we extrapolate even further we could one day see the creation “childlike androids that display just the right amount of independence to be interesting but not so much that they become difficult”.  Not a world away from the ‘humanichs’ featured in Extant and the ideas seen in the film AI.  “We are unlikely to see this sort of thing in our lifetimes if it happens at all but it is interesting to imagine the possibilities” said Aderin-Pocock.

But, although this technological advancement could have a hugely positive impact on our standard of living, it cannot be ignored that it will also affect our employment prospects. If our jobs are completed more efficiently by AI, what room is left for humans? Nearly half of respondents to the Syfy survey (48%) revealed that advances in technology make them fear for their job in future, with 23% admitting that they think a robot could do their job better or more efficiently than they can. But it is not all bad news says Aderin-Pocock as “history has shown that the advance of technology often leaves us free to explore new avenues and we have adapted accordingly.”

Robots already play a vital role in space exploration where they literally go “where no man has gone before” and their use in the future is likely to increase. But what will we be doing with all our extra time? Aderin-Pocock predicts that many of us will be turning to tourism and some of it will be in space. It seems far-fetched now, but she anticipates a boom in human space travel where space becomes accessible to all of us. “It is a revolution we have seen before,” says Aderin-Pocock, “when the Wright Brothers made their first flight, no one was anticipating Easyjet a mere 100 years later – space tourism could go the same way with no-frills rockets lifting off to space hotels.” She explains that the cost of an out-of-this-world adventure could soon be within reach for mass consumers  as “prices come down due to commercial demand in the same way we have seen with computers, mobile phones and airline flights, all of which were once prohibitively expensive.” But looking at the challenges faced by Virgin Galactic and other players in the field, it may take longer than the evolution in air travel but she thinks that we will get there “within the next 40 years.”

Dr Maggie Alderin-Pocock says, “All this may seem the stuff of science fiction, but actually when you look more closely, science fiction has often led the way for technology development. Look at Captain Kirk’s communicator and tell me that it’s not a mobile phone – and his system probably did less than the latest smartphones we have today.”

Extant starts on Tuesday 20 January at 9pm on Syfy