TV presenter, Jeff Brazier, is joining GMTV this summer to present the breakfast TV show’s major summer series ‘The No. 1 Family’. Jeff will be combing the country in search of musical relatives, giving a family the chance of winning a recording contract with Universal and Shalit Entertainment.

He said; “I am really excited to be joining GMTV this summer to search for Britain’s No. 1 Family. It’s great to be bringing families together and giving them the chance to win this amazing opportunity.” 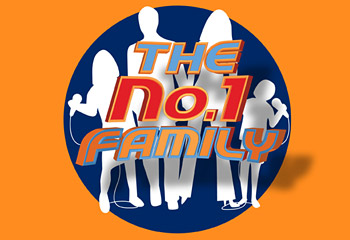 GMTV’s ‘No. 1 Family’ will see families from around Britain compete for a record deal to release a single and an album with Universal. Applying via the GMTV website, families will be invited to auditions held throughout the UK. The shortlisted families will go through to the semi finals, where they will perform in front of a panel of celebrity judges. The final acts will then be invited to perform in front of millions on GMTV, where viewers will be given the opportunity to decide the winning family.

So if your family thinks they’ve got voices like the Von Trapps, can croon like The Corrs or could be the next Nolans, catch GMTV or log onto www.gm.tv for more details.

NOTE TO EDITORS
– Entrants must be a family consisting of between 2 and 8 members.
– All entrants must be over 5 years old and those under 18 must be accompanied by an adult at auditions and have the permission of a parent or guardian to take part.
– Universal – the world’s biggest record company represent artists including Amy Winehouse, Mika, The Bee Gees, The Osmonds and Girls Aloud.