LONDON, Tuesday 19th May 2015: Three people dressed as emoji characters tour London today, as a new study by TalkTalk Mobile to mark the launch of Britain’s lowest priced unlimited mobile SIM, reveals that emoji is being adopted at a faster rate than any other language in history, with 8 in 10 British people now using the colourful symbols to communicate. 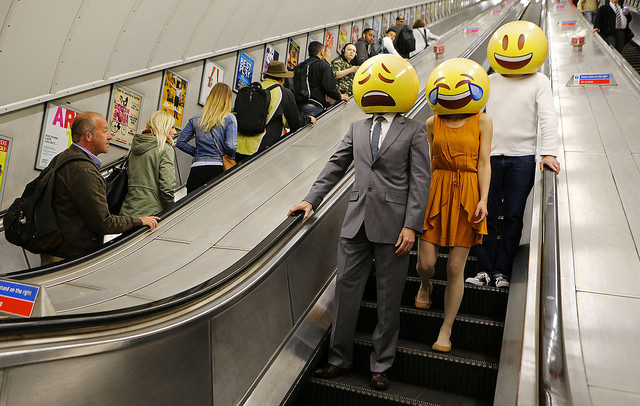 The ‘Emoji IQ’ study is the first piece of in-depth research on UK adoption of the visual language taking the world by storm. 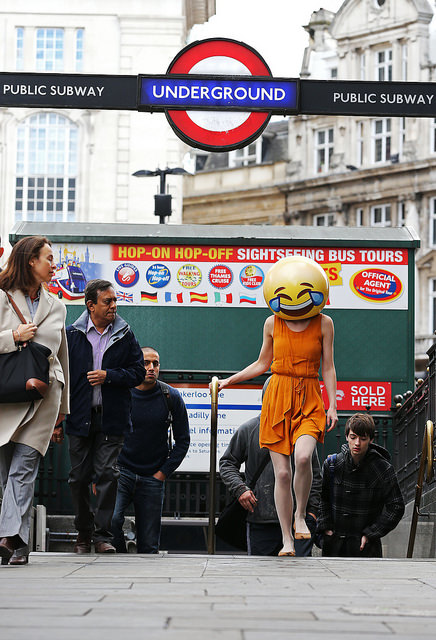 The survey of 2,000 Brits reveals that emoji has well and truly taken off in the UK, with 62% claiming they are using the new language more than they were a year ago and 4 in 10 claiming to have sent messages made up ENTIRELY of emoji. 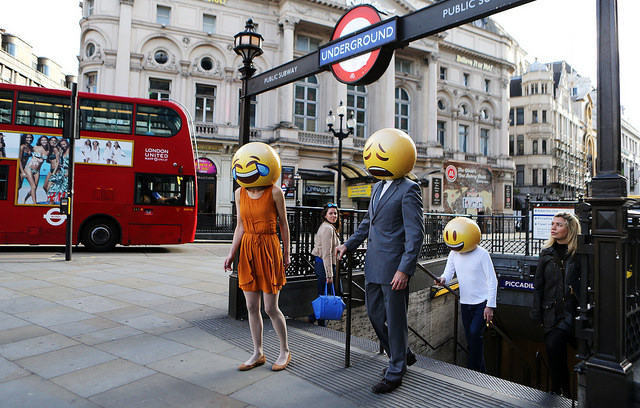 It reveals that 72% of the younger generation (18-25) find it easier to express their emotions with the pictorial symbols than words, with over half (51%) believing emoji have improved our ability to interact. A quarter of Brits (29%) are using emoji in at least half of all text, instant messaging and social media communications they send. 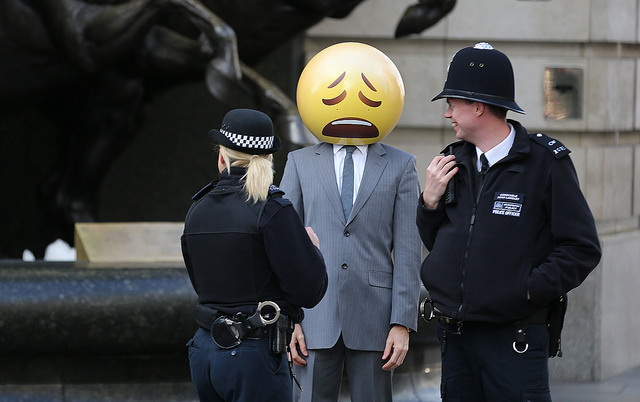 But not everyone is enthusiastic. Over half (54%) of over 40s admit to having been confused about what the symbols mean, with  31% claiming to have avoided using emoji in text, instant messaging and social media apps like Facebook because they lacked the confidence to use them appropriately.

TalkTalk Mobile has teamed up with Vyv Evans, linguistics professor at Bangor University, to launch the study and improve understanding of emoji with the ‘Emoji IQ’ tutorial.

Three people dressed as ‘emojis’ launched the study which was published to mark the arrival of Britain’s lowest priced unlimited SIM, from TalkTalk.

Professor Evans comments: “Emoji is the fastest growing form of language ever based on its incredible adoption rate and speed of evolution.

“As a visual language emoji has already far eclipsed hieroglyphics, its ancient Egyptian precursor which took centuries to develop.”

Director of TalkTalk Mobile Dan Meader comments: “The explosion of social networks and messaging apps on our smartphones means that emoji are fast becoming the most popular way to quickly express how we’re feeling.”

Professor Evans comments further:  “Given the utility and added value provided by emoji, their usage is expected to increase exponentially across all age and cultural groups.  While the uptake will differ by specific type of communication and function, it is not inconceivable that the majority of digital communication will feature emoji in future.

“Unlike natural languages such as English, emoji is almost universally recognisable because it exploits the visual representation system. Emoji won’t replace traditional languages but it will increasingly be used to enhance them.

“I think it’s conceivable that emoji will increasingly be used to complement digital versions of written works.  For instance, the inclusion of emoji to help convey meaning in abridged versions of Shakespeare could help bring those great stories to life for a whole new generation.”

Find out your emoji IQ by the online test www.testyouremojiiq.com.